The Toronto Arts Foundation panel has selected Humber alumna Lauren Falls as the finalist of its annual Emerging Jazz Artist Award. Falls is a Canadian Bassist from Port Alberni, B.C., and made her way up in the music industry. 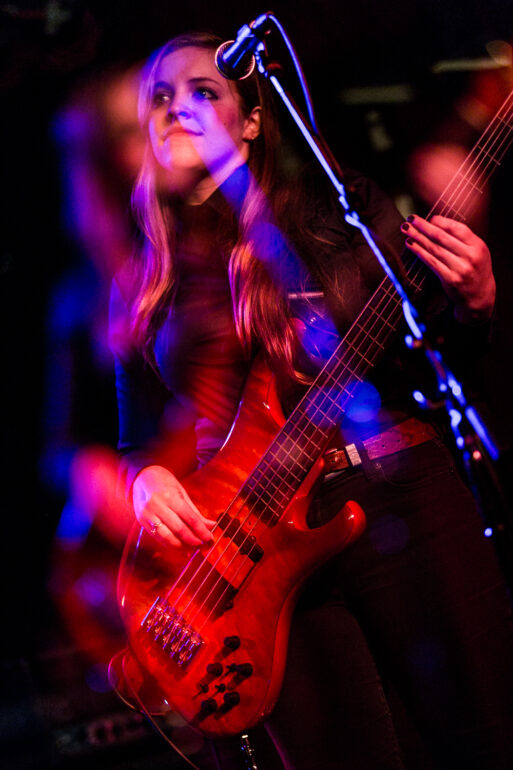 Born in a family of music teachers, Falls played since she was four and learned to play bass at the age of 13. She said her parent were very supportive of her career and did everything to help her.

“The faculty there was really encouraging and kind of steered me in the direction of composing my own music and starting my own band,” she told Humber News.

Mike Downes, the Program Coordinator of Bachelor of Music at Humber praised her hard work and accomplishments.

“It takes a lot of dedication and great work ethic to succeed in the music industry and Falls is great at all of that.”

“We try to give not only the musical expertise side to make people but we also speak to them about the music business and make sure they have a good understanding of that,” Downes said.

After college, Falls moved to New York to get her Master’s Degree in Jazz Performance at the Manhattan School of Music.

She stayed in New York for seven years upon completing her studies, where she performed at venues such as Dizzy’s Club Coca-Cola, The Jazz Gallery, 55 Bar, and Cornelia Street Café.

“[New York] is filled with some really talented people, so it’s definitely easy to get inspired and keep playing and practicing,” she said about her time in New York. “That energy was helpful.”

Claire Hopkinson, Director and CEO of the Toronto Arts Council and Toronto Arts Foundation, said that the process is very competitive and the jury was very impressed with Falls and her dedication to the craft.

“Lauren has demonstrated that she’s committed to the jazz scene, the art form, and the community,” Hopkinson said.

The Emerging Jazz Artist Award has a $10,000 cash top prize, as well as each of the two finalists receiving $1,000. Its intention is to support the pre-production, production, and recording of original music composed by the recipients.

Lauren Fall already has one album called The Quiet Fight and is currently working on her second album.

The winner of the award will be announced at a reimagined virtual Mayor’s Arts Lunch on Sept. 24.