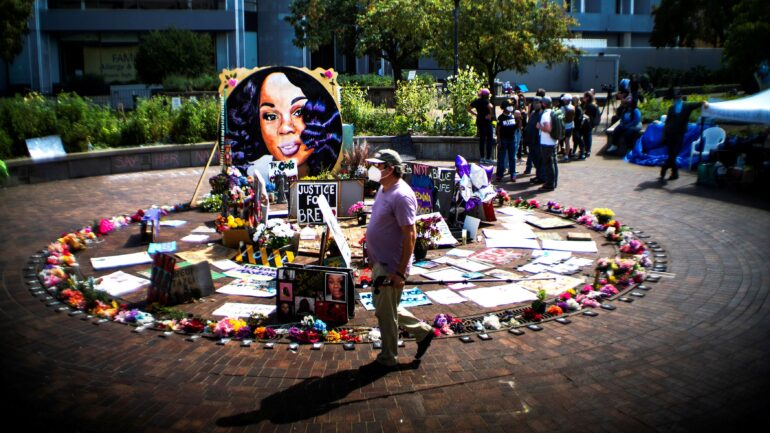 Protestors gather near the memorial of Breonna Taylor before a march, after a grand jury decided not to bring homicide charges against police officers involved in the fatal shooting of Taylor in her apartment, in Louisville, Kentucky, U.S. September 25, 2020. (REUTERS/Eduardo Munoz )

“Her smile lit up a room. She would light up any room she stepped into,” Tamika Palmer, mother of 26-year-old Breonna Taylor, told Humber News as she has repeated elsewhere.

Palmer has not rested since the officers involved in her daughters case were found not guilty on Sept. 23, 2020.

“I was reassured Wednesday of why I have no faith in the legal system in the police in the laws that are not made to protect us black and brown people. I knew Cameron (Kentucky Attorney General, Daniel Cameron) would never do his job but what I do know is that he and countless others will go to bed still seeing the face of Breonna Taylor still hearing us say her name, ” Palmer said.

Six months ago, in the early morning of Mar. 13, 2020, Taylor was shot multiple times as Sgt. Jonathan Mattingly, Det. Brett Hankison and Det. Myles Cosgrove stormed into her home during a search warrant for Taylor’s ex-boyfriend Jamarcus Glover who was wanted for drug-related charges. Taylor was later pronounced dead at the scene. 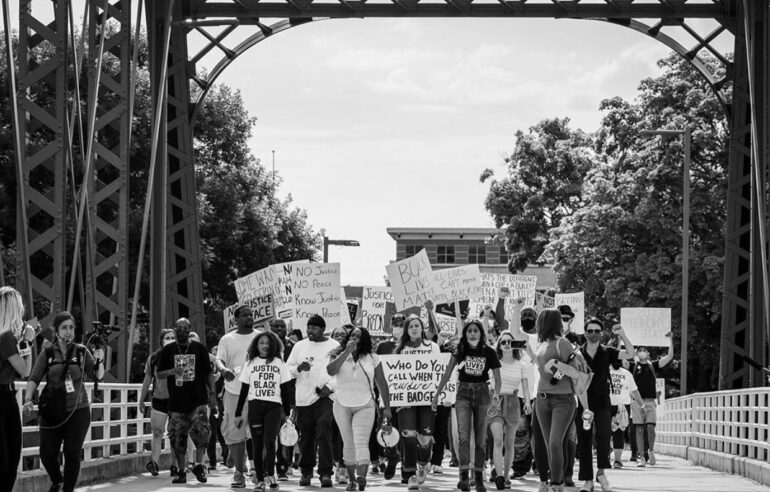 Taylor was a native of Grand Rapids, Michigan and later moved Louisville, Kentucky. Both communities were devastated by Taylor’s death and outraged by the jury’s decision in not indicting any of the officers involved in her murder.

Advocate groups have worked endlessly to put together memorials and protests to honour Taylor. Justice for Black Lives, a non-profit organization in Grand Rapids, is focused on making legislative and community-based changes for people of colour. They’ve organized weekly rallies and marches in Taylor’s memory, demonstrating the injustice black and people of colour face within the legal system.

“We are beyond outraged at this point. We are focusing on gaining more momentum. We are purposely protesting outside of courthouses, police stations, and federal buildings. We are showing this whole city and our sister cities that we are not going anywhere. She was murdered in Louisville, but she is native to Grand Rapids,” Danny Santigo, program coordinator of Justice for Black Lives, said.

Santigo feels the pressures of living as an African-American man in the U.S. on a daily basis.

“I can never have a proper relationship with cops or the legal system here because the system is built against individuals like myself. Everything within the American system is designed for black people and people of colour to fail. There are no resources, no funding, no community help and no institutional guidance. This is why we are no longer staying silent,” Santigo said.

On Oct.3, Justice for Black Lives is hosting another rally in Taylor’s honour and demanding a change in a downtown street name to keep her memory alive. The group is urging the city to rename Monroe Center Street Northwest to Breonna Taylor Way.

“The importance of changing the street name is not only to honour Breonna, but that very street is where the police department is, and we want them to see Breonna’s name every time they leave and go to work and to be forced to think about Breonna,” Santigo said.

The life of Breonna Taylor was short-lived, and her mother and family are forever scarred by what happened to their beloved daughter and sister.

“The system as a whole failed her. They didn’t just rob my family and me. They robbed the world of a queen. A queen who was willing to do a job that most of us could never stomach, a queen ready to build up anyone around her. A queen who was starting to pave her path,” Palmer said.