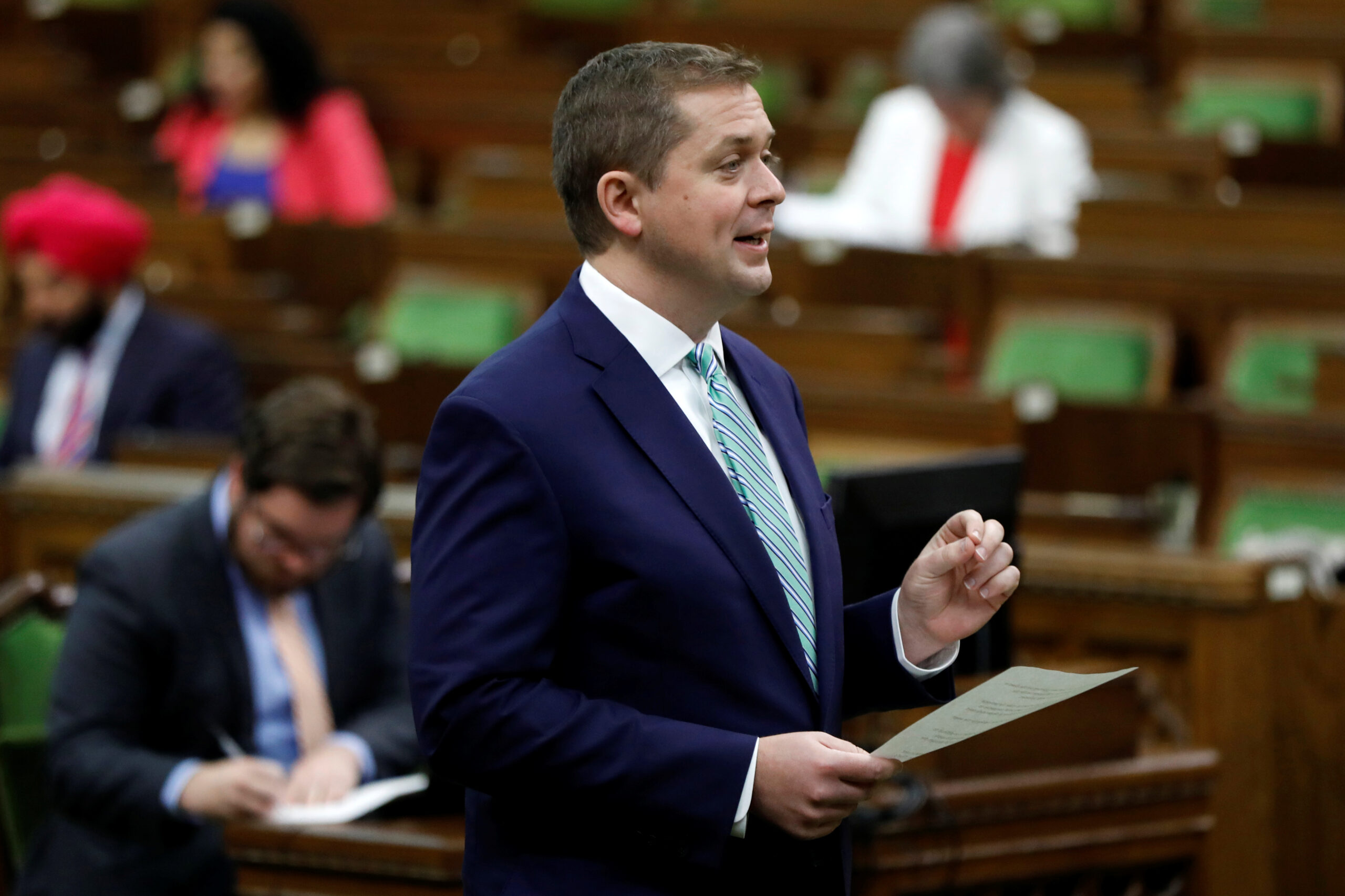 Much of the French language federal Conservative Party leadership debate Wednesday saw frontrunners Peter MacKay and Erin O’Toole carry out attacks on each other over the economy, environment and social issues.

MacKay and O’Toole’s command of the language, though not fully bilingual, allowed them to dominate the conversation while Derek Sloan lagged behind in linguistic ability and Leslyn Lewis read from her notes.

The pair were the only candidates to engage in off-script trades and barbs, with MacKay calling O’Toole “Erin Trudeau” and O’Toole calling MacKay a “girouette,” which means “weathervane” during an exchange over environmental policy.

MacKay went after O’Toole for what he called a “carbon tax” in his platform, a policy considered the devil by Tories. Meanwhile, O’Toole slammed MacKay over his Quebec platform, despite the latter holding strong support from francophone Tory MPs.

While Sloan brought up the issue of abortion with his pro-life views, it was MacKay’s assertion that O’Toole’s position was unclear that created tense moments in the debate.

O’Toole, however, said he was pro-choice during his opening remarks.

It is Sloan and Lewis that have positioned themselves to champion the socially conservative wing of the party while the frontrunners aim to avoid the same tensions on abortion that rocked the candidacy of Andrew Scheer, the leader the four are trying to replace.

Despite their differences, the four candidates were united on defeating Prime Minister Justin Trudeau’s Liberal government at the polls. Historically, minority governments have held elections before a full four-year term is up, so that chance could be coming sooner rather than later.

While Trudeau was not a focus of much of the debate, MacKay emphasized this goal for his party.

“We can no longer allow Justin Trudeau to continue destroying our economies and undermining our freedoms,” he said near the end of the debate.

“We need to form a majority government,” MacKay said.

All four will return to the debate stage on Thursday night for an English-language debate at 7 p.m. EST that promises to be more lively.