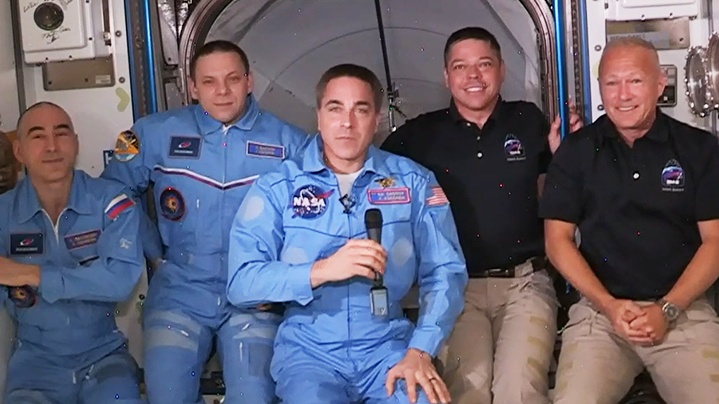 Two NASA astronauts settled in on the International Space Station after a 19-hour voyage on the first crewed flight in an orbital spacecraft.

They rocketed from the Kennedy Space Center in Florida on May 30 to test the flight of a new commercial spaceship Crew Dragon and Falcon 9 designed, built and owned by SpaceX.

Bob Behnken and Doug Hurley are the first astronauts to launch into orbit from the United States in an American rocket in nearly nine years.

“It’s a natural progression in the sense that commercialization often follows publicly financed government-sponsored programs that initiated the technology and the capability in the first place,” he said.

Marking the mission’s victory SpaceX CEO Elon Musk retweeted a promise he made to bring back the U.S. flag that had been kept aboard the space station since 2011.

It was in the same year that NASA’s final space shuttle crew left the flag behind before making their departure in Space Shuttle Atlantis.

SpaceX describes Falcon 9 as a two-stage rocket that will lead to a reliable and safe transport of people and payloads into Earth orbit and beyond.

However, it took more than a decade for SpaceX to bring reusability in aerospace engineering.

“They’ve been able to take reusability to another level…The reusability is about bringing down the cost and the mission complexity,

It is after years of trial and error that SpaceX’s “evolutionary design approach” has become a game-changer for commercial space flights.

“NASA has a unique ability to bring people together even in times of great difficulty. I hope Bob and Doug’s historic mission on Saturday reminded us that we can accomplish great things when we come together as a nation,” tweeted NASA administrator Jim Bridenstine.