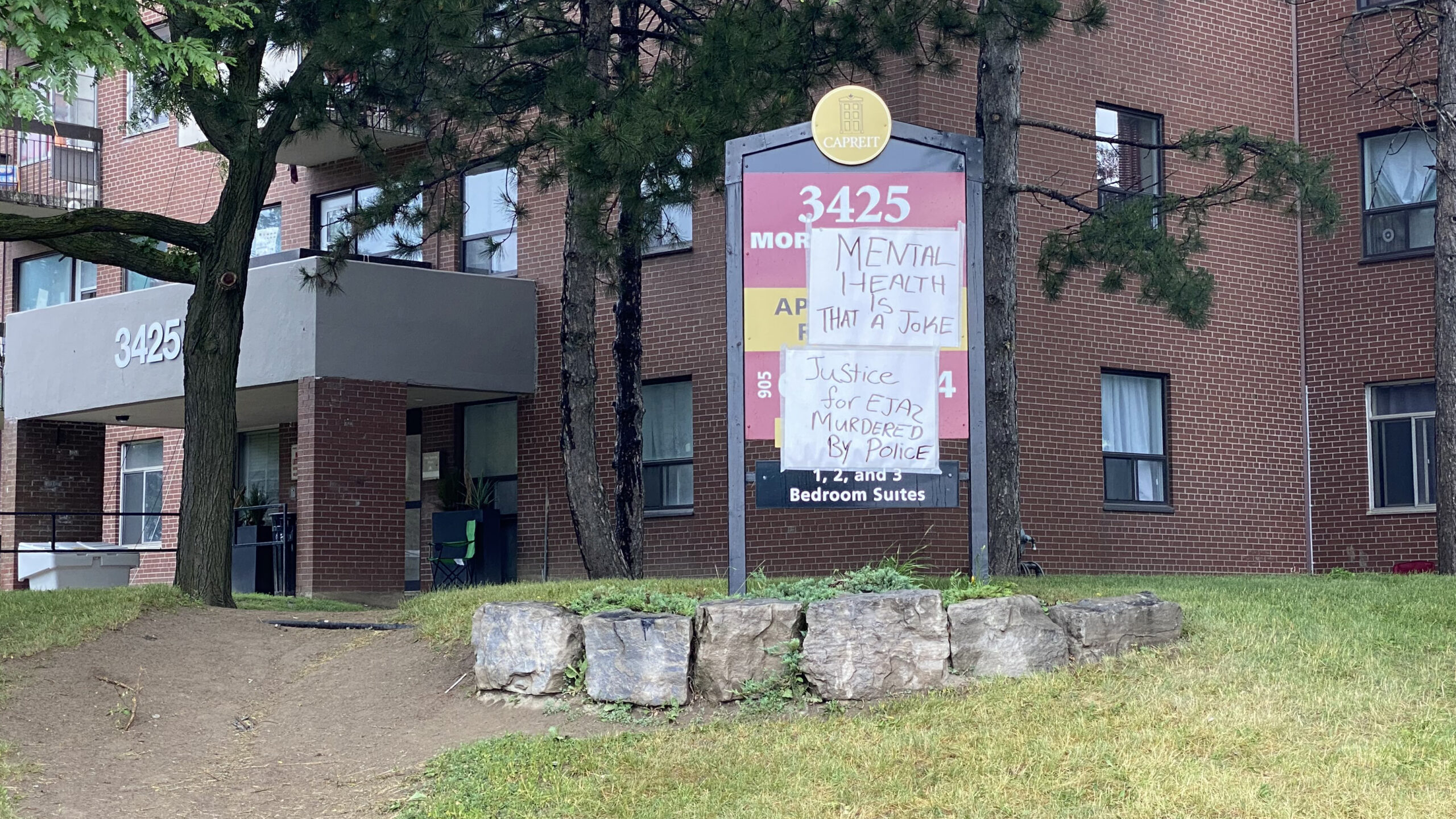 The young son of a 62-year-old man shot dead by Peel Regional Police believes his dad is alive and in hospital recovering, a relative said Tuesday.

But Ejaz Ahmed Choudhary, who undergoing a crisis and was barricaded in his apartment last Saturday night, was shot by police following a 2-1/2 hour standoff.

“His son is just seven years old and he is thinking his dad is in hospital,” said Hassan Choudhary, a nephew of the victim, a married father of four children.

Hassan said his uncle, who was buried Wednesday, suffered from various medical conditions including schizophrenia.

He said Choudhary’s eldest daughter called paramedics at around 5 p.m. June 20 because he was undergoing an episode, but he locked himself in a room when he saw police arrive. No one else was in the Morning Star and Goreway Drives home.

The Special Investigations Unit, which investigates violent or fatal interactions between police and people, said Choudhary and police communicated for some time.

But when discussions ended, police entered the unit and fired an energy weapon, to no avail, the SIU statement said. That was followed with plastic projectile from an Anti Riot Weapon Enfield.

But the SIU stated that had no affect on the man, who was then shot with a police firearm.

Choudhary was pronounced dead that scene, where a knife was recovered, the SIU stated.

Hassan, who was part of an ongoing protest outside the apartment building, said his uncle — who doesn’t leave his home very often — was frightened when he saw police arrive at the scene.

Hassan said the family has no financial support and have a launched fund raising campaign.

A video showing the moments before Choudhary was killed has been circulating on social media.

“If anybody sees the video, they will say these guys do not care about human life,” said Hassan, who has been part of an ongoing protest outside the building since the shooting.

Hassan said police gave a statement that Choudhary was a threat to himself and that’s why they shot him.

“Which police officer is designed to kill the person who is having mental issues and he is threatening himself and to stop that person they shot him with a gun?” he asked.

Hassan said the family is demanding to why his uncle wasn’t dealt with in another but peaceful manner. He said the family has no confidence in the SIU investigation and want a public inquiry.

The family is urging the police officer who shot Choudhary be fired.

“As the investigation into this tragic incident moves forward, you have my assurance on the full cooperation of Peel Regional Police with the processes and procedures of the Special Investigations Unit,” he stated in a June 22 release.

It was the second police related shooting death of a person in crisis since April, when D’Andre Campbell, 26, was shot in his Brampton home. That case remains under investigation by the SIU.

The Peel police board said it “saddened by the events of recent weeks, in which two, separate mental health-related calls into Peel Regional Police resulted in the deaths of two Peel residents.

“While united in grief, we also know that the community is angry and frustrated. Everyone rightfully wants answers – and so do we,” the board said in a release.