Minnesota protests ripple out across the nation 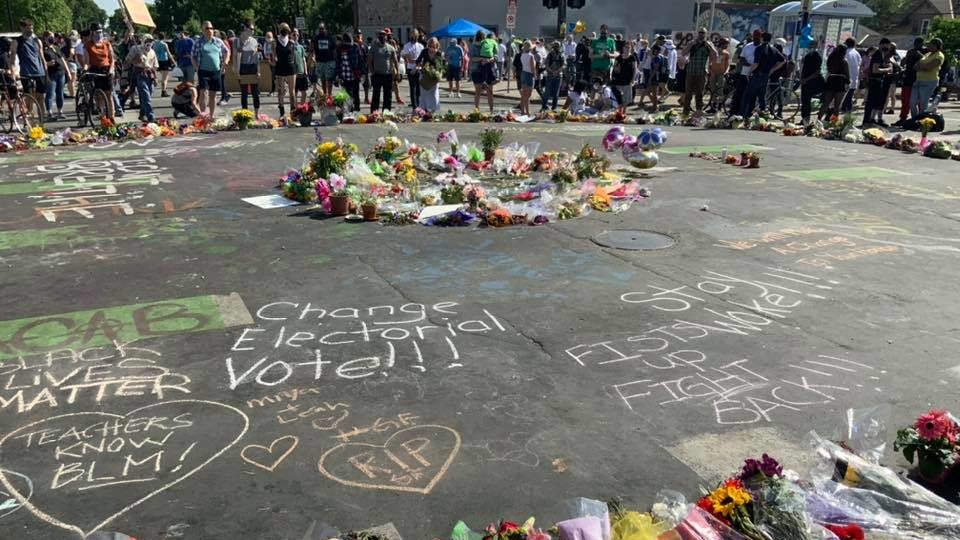 The death of George Floyd last month allegedly caused by a police officer’s knee on his neck put Minnesota at the centre of U.S. news.

On May 25, George Floyd, an unarmed Black man, was killed when a Minneapolis police officer knelt on his neck for more than 8 minutes. Since then, the Twin Cities of Minneapolis and St. Paul have been overwhelmed with protests, riots and a military presence, so much so that an anonymous Minnesotan created a map showing the sites where rioting, protesting, damage, and working fire were occurring in the city.

Floyd’s last words, “I can’t breathe,” has been associated with the U.S. Black Lives Matter movement since 2014 and is used as a rallying cry by anti-racism protestors across the county, In 2014, New York City resident Eric Garner was killed when a New York City Police Department (NYPD) officer put him in a chokehold. Video of the incident shows Garner repeating “I can’t breathe” 11 times while on the ground.

Samantha Smoley, a resident in the Twin Cities who has been donating essential and food items in the community, said she’s is concerned about the ripple effect other states are experiencing.

“We can’t blanket anything and say this is going to be a great movement for everybody, because for some people, it’s not going to be,” she said.

“We can hope that this is going to turn out to be good in the long run for everyone of colour and making things more equal,” Smoley said. “But we also have to remember that there are people who lost their lives doing this, people who are still going to, and people that are going to lose other things.”

She said she’s also concerned the protests could ignite a second surge of COVID-19 infections.

“It’s not to tell them to stop protesting and not going against what’s
right, but remembering to live to fight another day,” Smoley said.

Christopher McGill, an activist in the Fargo, N.D. and Moorhead, Minn., area, about 374 kilometres northwest of Minneapolis, has been participating in his local marches and protests.

He says the ripple effect across the country is necessary.

“It is beautiful and it is absolutely necessary. Because what we’ve
been doing so far has led us to this point. So clearly what we’ve been doing is not working,” McGill said.

“When you’re oppressed and brutalized and when you’re given no room
to leave the corner of the wall that you’re being pushed back up against,
You’re going to revolt,” he said.

Diogenes Rex, a Minnesotan living in North Carolina, said despite being thousands of miles from the epicentre, people there are feeling the tension.

“If there’s this amount of nervous energy built up in this community. I
can’t even imagine how it must feel to spend every day in Minneapolis,” he
said.

Rex said it is important to remember what the fight is about.

“The simple idea that this is about one case, that if the cops that were there and responsible for George Floyd’s death are tried, justly convicted, and thrown in jail, that that’s the end of it — that’s just ridiculous,” he said.

As the situation in Minneapolis escalated, people in every other state launched their own local protests, demanding that police be held accountable

Notably, protesters in Louisville, Kentucky have clashed with police over the death of Breonna Taylor who was killed by Louisville Metro Police in March. Taylor, a 26-year-old ER tech, was shot at least eight times when police served a no-knock warrant to her home in the middle of the night.