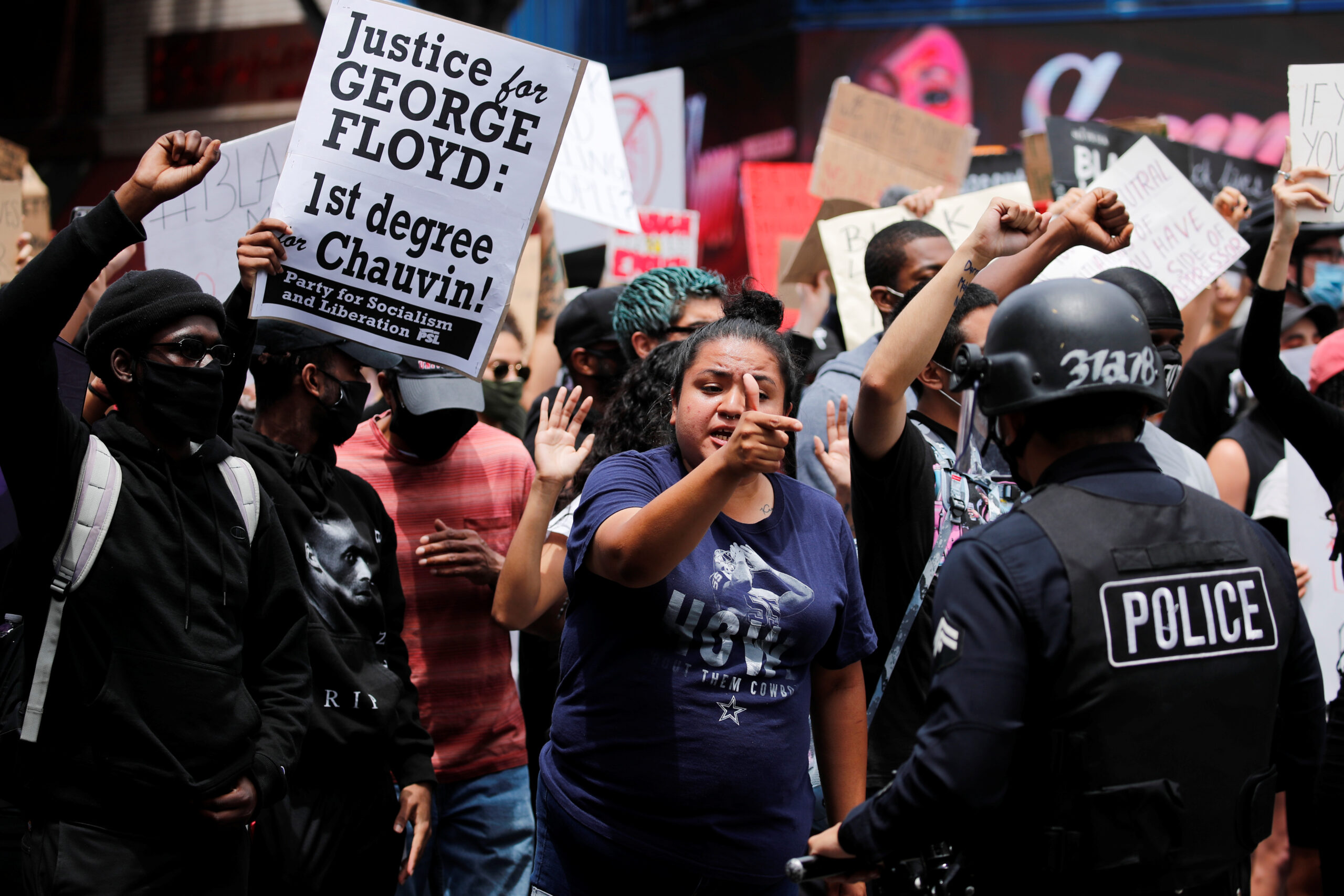 The protests against anti-Black racism and police brutality that have unfolded in the U.S. and Canada in the past week is “Groundhog Day” for Black people — one that will continue to happen until anti-Black racism is acknowledged, experts say.

“This isn’t the first time mostly Black people are brutalized by police in America or Canada. It’s probably been going on for 400 years. It’s been terrible,” said Rachel Décoste, an Ottawa-based immigration diversity expert and community activist.

Décoste said the rallies, which began in Minneapolis on May 25 after the death of an unarmed Black man, George Floyd, at the hands of police and have since spread across the U.S. and Canada, are not surprising given the historical mistreatment of Black people in both countries.

She said Canadians must recognize anti-Black racism in their own communities for effective, positive change to happen.

That means dismantling the “fairy tale” of Canadian identity that sees Canadians as good and Americans as “the bad guy” and demanding justice when Indigenous people and Black Canadians are mistreated, she said.

She pointed to Dafonte Miller, a Black Whitby man who lost his eye when he was assaulted by an off-duty Toronto police officer and his brother in 2016, and Abdirahman Abdi, a Somalian man who died during a confrontation with Ottawa police that same year.

“I don’t know why we, as Canadians, feel the need to stand up and protest and walk down the street when it [anti-Black racism] happens in the United States, but we didn’t do it for any of our own people,” Décoste said.

She said change begins at the legislative level and challenged policy makers to enact laws that will protect and improve the lives of Black and Indigenous people.

“My question for our politicians and our leaders is, What laws are you willing to implement to protect our rights?” she asked.

Dr. Akwasi Owusu-Bempah, an assistant professor of sociology at the University of Toronto whose work examines issues related to racial inequality and marginalization, agrees.

He said protests against police violence, which have happened periodically since the 2012 murder of 17-year-old Trayvon Martin in Florida that sparked the Black Lives Matter movement, are “symptomatic of much deeper societal problems” in both Canada and the U.S.

“We’re not going to solve issues of disorder within policing without acknowledging and addressing problems in other areas of our society,” Owusu-Bempah said.

These problems include “deep-seated racism and structural inequality” in areas such as mental health, education and employment, which, in Canada, have placed marginalized groups such as Indigenous and Black folks at a disadvantage, he said.

Owusu-Bempah said these conditions have led to disturbing trends for Black communities including their overrepresentation in police-involved deaths and the disproportionate rate to which they are at risk of contracting and dying from COVID-19.

“These, obviously, are not new problems. They are deeply rooted problems that will no doubt continue to crop up,” Owusu-Bempah said.

He said more race-based data needs to be collected in Canada so government and community leaders can better identify racial disparity and discrimination and develop strategies for dealing with them.

Ensuring these strategies are well funded and resourced so they “don’t fizzle out” is also key, Owusu-Bempah said.

Ultimately, Black communities on both sides of the border are demanding their lives be valued as much as their white counterparts, and acknowledging the existence of racism is the first step toward that, he said.

“[Protesters want] the recognition of the humanity of Black lives and of Black people. To be treated with dignity and respect and for equal chance and opportunity within society,” Owusu-Bempah said.

In Décoste’s view, justice also needs to be served, both in the form of repercussions for law enforcement members who do wrong and at a more fundamental level.

Click through the timeline below to see the events that have unfolded in Canada and the U.S. since May 25, when George Floyd, an unarmed Black man, died while under the custody of Minneapolis police.