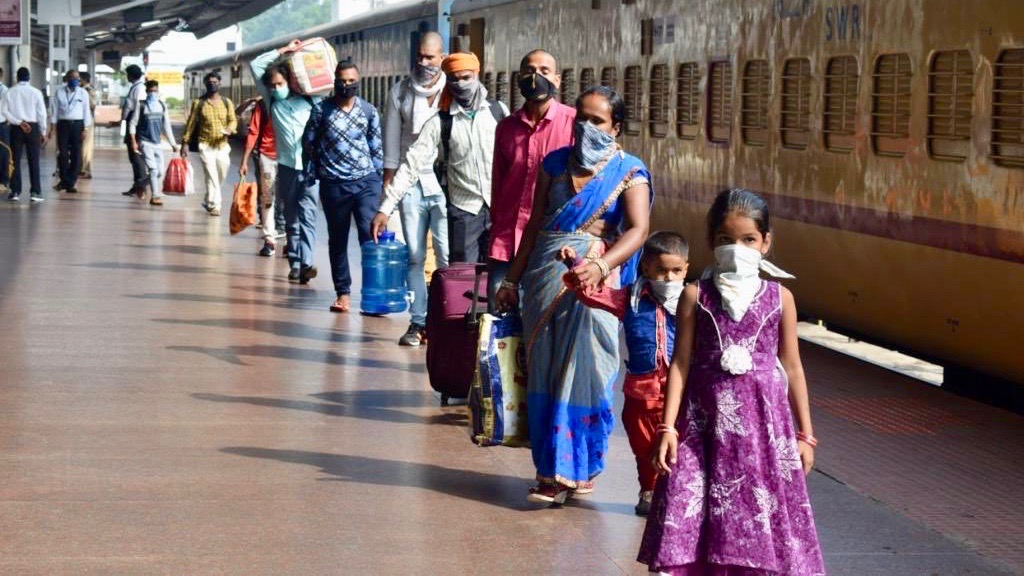 Millions of Indian workers stranded around the country because of COVID-19 lockdowns are headed back to their homes as the government eased restrictions on May 23.

Indian Railways began a monumental project May 1 to transport home around 4.2 million migrant workers scattered throughout the country on 3,276 “Shramik Special” trains as COVID-19 took hold.

But pandemic closures forced the railway to stop 2,875 of those trains although it managed to kept 401 running.

The state run railway covered 80 per cent of the total cost of running each train while the rest was borne by the states.

The lockdown had a devastating impact on the economy as well as on the migrants.

“I just wish to see my family,” Shobha Devi, a migrant worker from Dhanbad, Jharkhand, told Humber News. She used to work in New Delhi, about 1,200 kilometres northwest from her hometown, before the lockdown.

She said the situation only worsened until the government was able to make arrangements for her family to return home. Devi said she took the first opportunity to get home.

But not all had a similarly simple end to their trek home. Many workers travelled thousands of kilometres by foot to their home villages. Many incidents of migrants being killed in road accidents were reported. Sixteen labourers who fell asleep on railway tracks after a long day of walking killed by a speeding train on May 8.

The federal government ruled the trains would carry migrants home despite state governments fearing the virus would spread as people went home. New Dehli decided to ensure migrants received the help they needed to get home.

Railway Minister Piyush Goyal said by May 1 the state railways would be operating 1,034 Shramik Special trains. However, in the last few days, the railway has been operating 260 trains carrying a daily average of about 300,000 passengers.