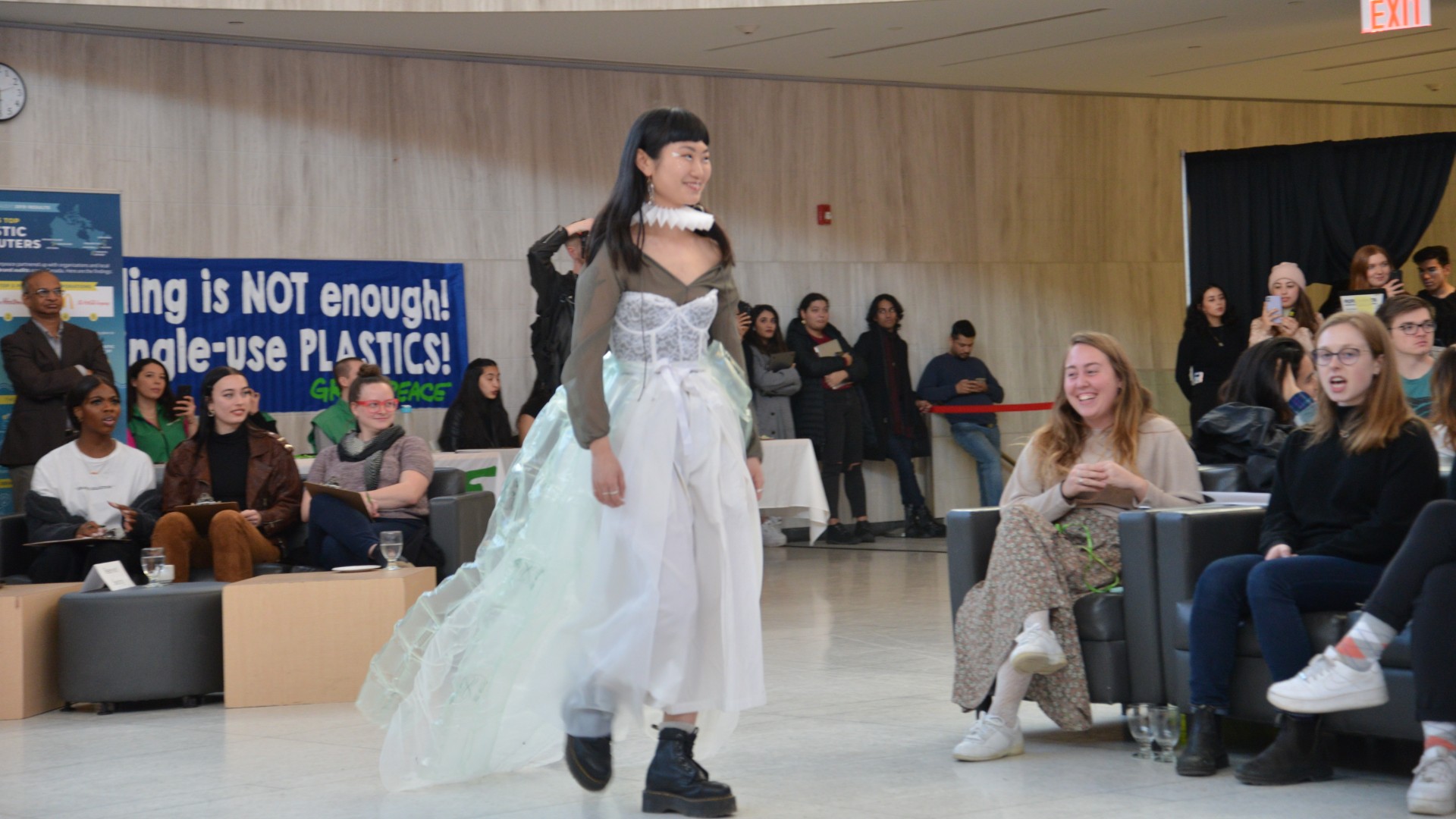 Fashion designers showed it’s possible to create new clothes with recyclable material at the second annual Trashion-fashion show On March 10 at the University of Toronto at Mississauga.

The event was held during the university’s annual Sustainability Week, held March 9 to March 21, which encouraged protecting the environment by reusing materials like plastic and cardboard.

The university invited six judges to the fashion show. The show had 30 models participating who presented different designs during the show.

Diana Dai, one of the organizers for the show, suggests reusing.

“The show aims to encourage people to rethink the way we treat fashion, in the way we do fashion, everybody should make things out of used materials,” she said.

The fashion industry on its own creates a significant amount of all carbon emissions. A research done by Cornell University says that 14.3 million tons of textile waste is generated every year while only 2.3 million of it is recycled or donated.

“In today’s world, sustainability is very important because the fashion industry is the second biggest polluting industry in the world,” Dai said.

A simple cotton t-shirt takes 2,700 litres of water to make, according to WWF.

“Most of the fast fashion we have is not sustainable, so my solution is to buy second hand or create something on your own,” she said.

Coco Chen, one of the designers who created a dress out of cardboard for the show, said the fashion industry is responsible for 10 per cent of all emissions.

According to a report by the World Economic Forum (WEF), 85 per cent of textiles are dumped every year, and some types of clothes send plastic bits into the ocean.

“A lot of our clothes are made out of polyester, that is plastic petroleum so it puts micro-plastic in our water when we wash them and it uses a lot of water for the production as well,” she said.

Every brand has different seasonal collections throughout the year. The clothes that are not worn or bought are thrown away in the garbage, Chen said.

One garbage truck full of clothes is burned or dumped every second in a landfill, according to WEF.

“I think Canada is worse when it comes to sustainability, we are the highest carbon footprint per capita in the world and it is a shocking statistic as we don’t have a large population,” Chen said.

She said there are only nine years left to turn around what we have done to the environment and fashion has become a very large part of carbon emissions.