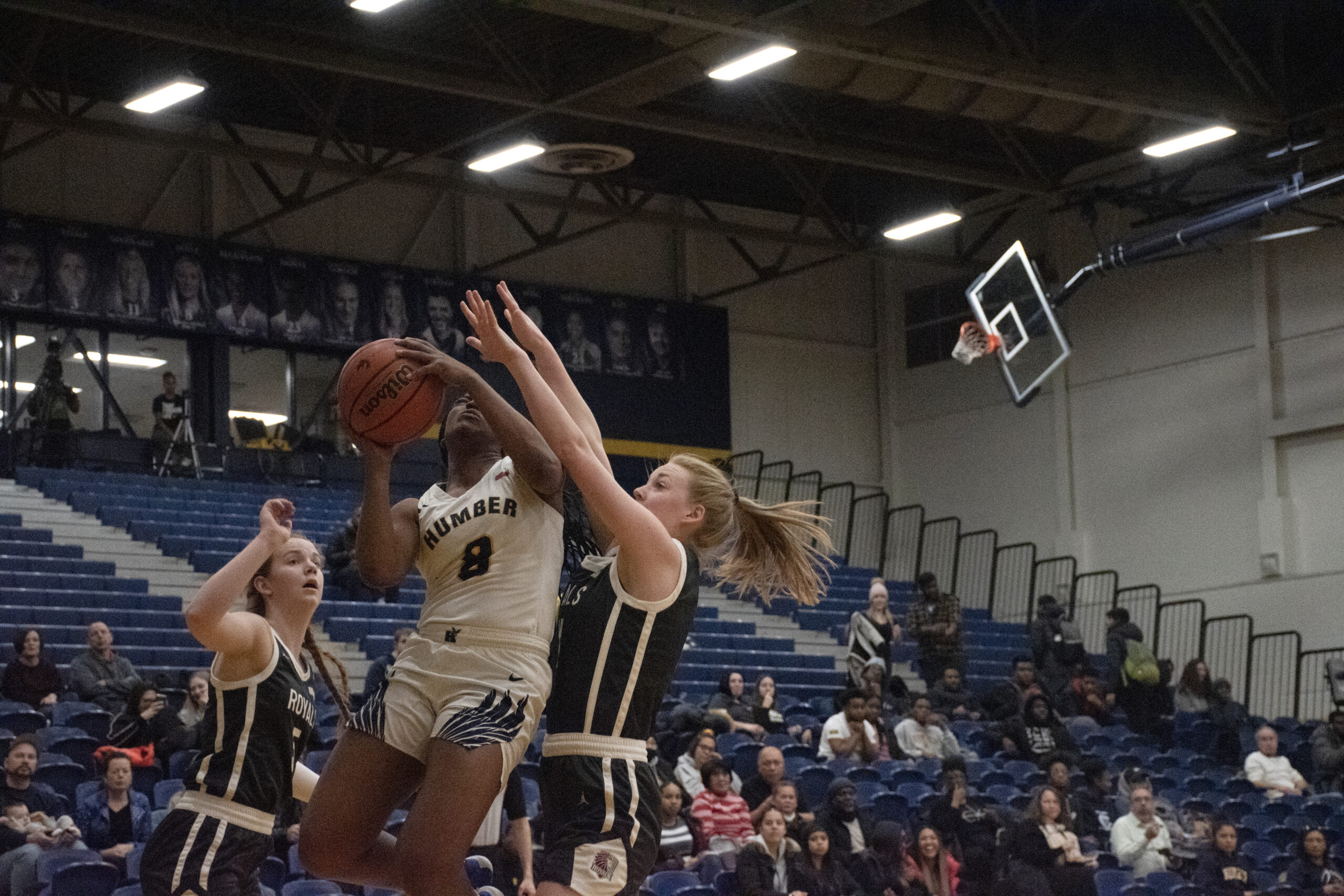 Humber women’s basketball once again bounced a rival by at least 40 points.

It was the second overwhelming victory by the Hawks in a row, defeating the 2-13 Redeemer Royals 95-55 last Thursday evening at the North campus Athletic Centre. Four Hawks scored doubles with power forward Miea Campbell-Johnson pitching in with a double-double, 17 points, and 13 rebounds.

“Tonight’s performance was amazing on both ends and great work by the girl’s performance on defence and offence,” Humber’s guard Jessica Daniel said after the game.

Humber grabbed control early in the game, taking the first lead with a 19-5 run against the Royals. The Hawks were 13-of-20 (65 per cent) within the field and had 33-points in the opening quarter.

The second quarter was all about Humber.

The Hawks dominated the court adding to its lead while limiting the Royals to seven points in the quarter.

The Hawks’ outstanding defense forced Redeemer to make 21 turnovers during the game, allowing Humber to score 20 points. The strength of the bench was evident, contributing 42 points to the Hawks’ effort, compared to 11 points from the Royals’ bench.

The Hawks continued to control both ends in the third. The Royals’ performance couldn’t catch up to the Hawks, in part due to scoring on 27.4 per cent of their field goals from the floor, compared to Humber’s 50 per cent.The Hawks kept the lead away from Redeemer throughout the game to secure its 14th win of the season.

Along with Watt, guard Jahnae Gyles led with 19 points,  during the game, shooting guard Teija Wareham finished with 14 points, Campbell-Johnson finished with 12 points and third-year guard Jeylinh Bui with 10 points.

The Hawks recorded a season-high 26 steals and now holds an all-time 21-0 record against Redeemer at home.

“Another win in the books,” Bui said. “I’m happy to see the team win and to execute the plays right and we are ready for the next game.”