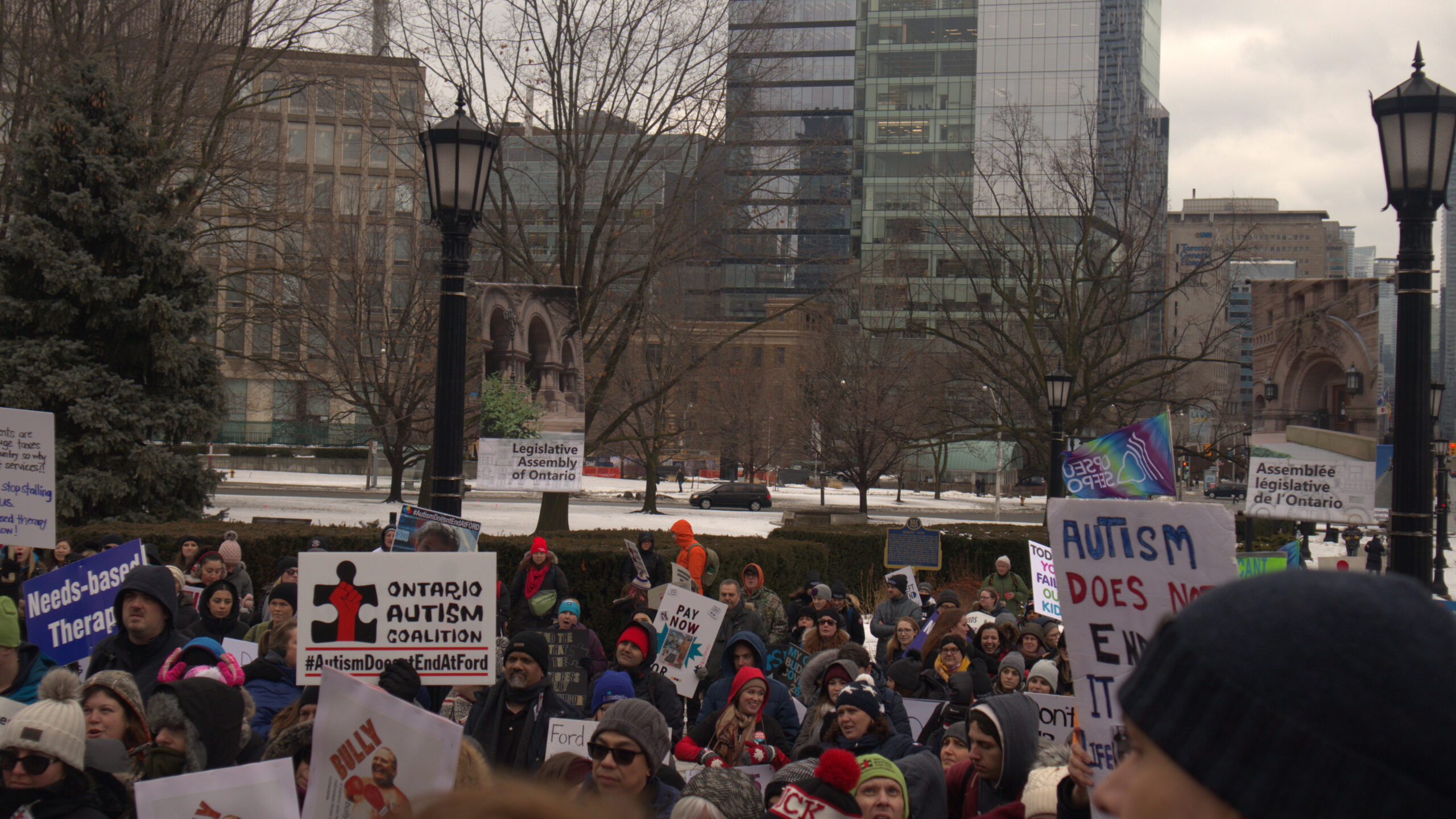 Last year, the Doug Ford government promised the updates would be made by April 2020 but Todd Smith, the Minister of Children, Community and Social Services, announced on Tuesday plans to delay the funding until April 2021.

Bruce McIntosh, Event Coordinator and former President of the Ontario Autism Coalition, said this is an issue that can not wait any longer.

“We’ve been waiting for a year and now in December the Minister made an announcement that it’s going to be another year,” said McIntosh. “We’re not prepared to wait anymore,” he said.

He said the coalition wants the government to stop bureaucratizing autism services and stop using “needs assessment tools” because they believe there are clinicians who are better at doing that.

“We need stop hiring clerical coordinators automatically for all families, that should be an opt-in. If families need it then they should get it but stop hiring people to do work that families can do for themselves and will,” said McIntosh. “Every single dollar needs to be spent on therapies that the kids need which is Applied Behaviour Analysis, occupational therapy and speech language pathology.”

Many parents took to the podium to talk about what their children are going through. Some said their adult children have been in hospital for hundreds of days because there is no housing with proper care available for them.

“This is my daughter Courtney. She is 30-years-old and has severe autism,” said April Wells, a parent who held up a sign with a photo of her daughter at the rally. “Today marks 470 days that she has been housed in a psychiatric ward because of the lack of housing for our children with autism,” she said.

Danielle Veal is the mother of 6 year-old- Jackson Veal and says she is worried about what could happen to her son in adulthood if he doesn’t get the care he needs now.

“My biggest concern right now is access to services and needs-based therapy,” said Veal. “We were given this money and then basically told good luck finding services.”

“Trying to find services that would fit our needs I really felt like I was thrown into it and I had to figure out really fast what we needed and how we could get it.”

Veal said she could only afford two half sessions a week for her son with the money she was given and that money would only last 9 months.

“My concern when it comes to his future is that you pay for them now or you pay for them later. Children with untreated autism turn into adults with aggression and what happens to them? They get put into the system and that is what is going to happen to him if he doesn’t get the support he needs now.”

Minster Smith said on Tuesday that the Ontario Autism Program is very complex and that “no government has gotten this file right in 30 years and that is why we took the unprecedented step over the summer to head out on a province-wide tour and meet with parents face to face and understand issues around the autism file that wasn’t working for them.”

The Minister told the legislature that the government now doubled the funding for autism programs from $300 million to $600 million, however parents continue their #relentless movement to stop the delays.