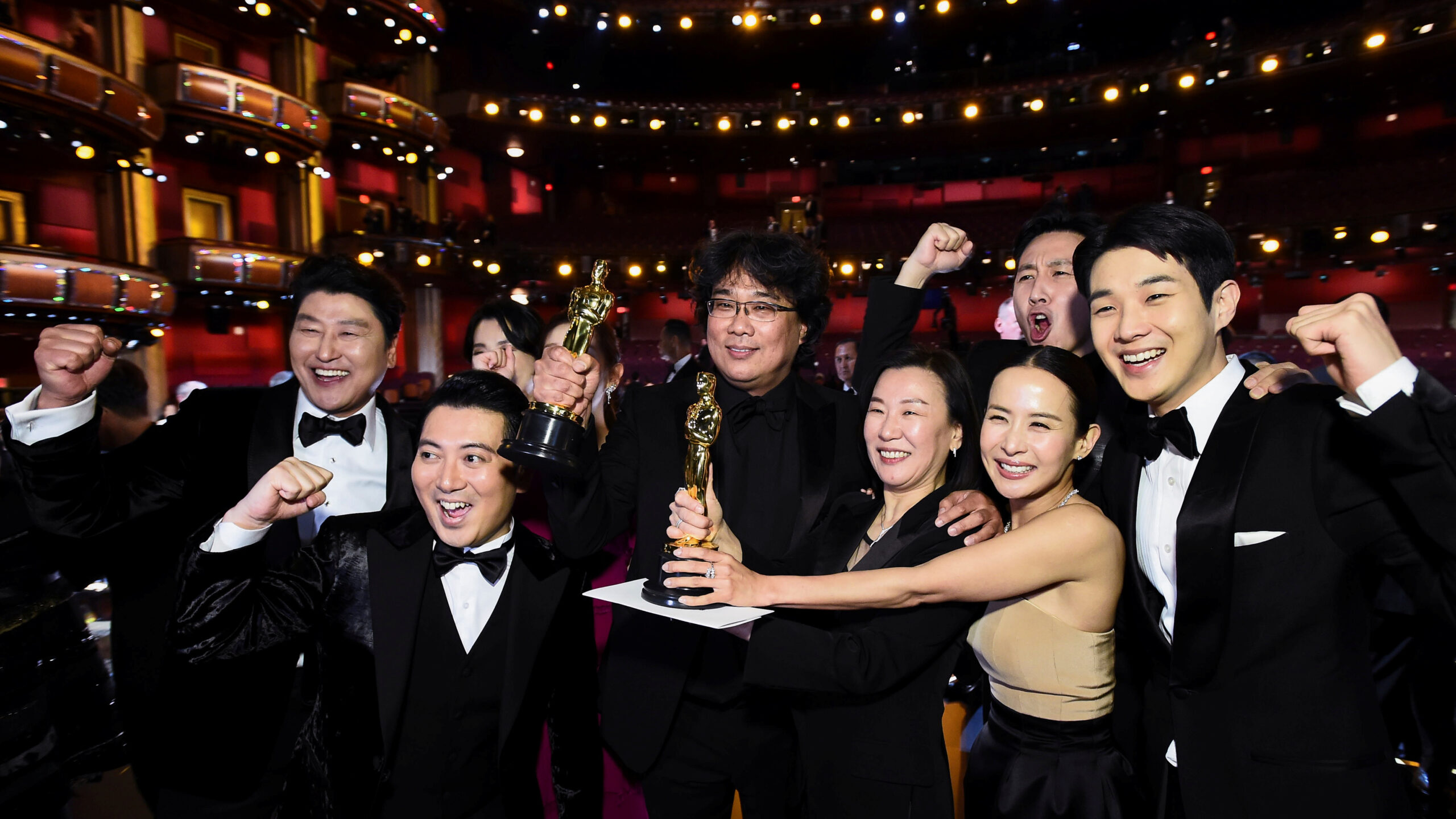 In a triumphant but an unexpected turn of events at the Academy Awards, the South-Korean film Parasit won the award for Best Picture, Best International Film and Best Original Screenplay.

In his acceptance speech, Joon-ho thanked his cast and crew and drew attention to his fellow nominees, such as Martin Scorsese. This was the fourth speech by evening’s end.

Parasite is the first international film to win Best Picture in the Academy Awards’ 92-year history.

The success of Parasite threw off most expectations, but it proved that change is possible for the award show, which has been criticized for lack of diversity, female director nominations, and international acknowledgement.

The film has come a long way since it’s world premiere last May at the 2019 Cannes Film Festival and its later Canadian premiere last September at TIFF 2019.

Few suspected that Parasite would rise to this success.

Deanna Wong, Executive Director of the Toronto Reel Asian International Film Festival (also known as Reel Asian), was one of those few.

“Parasite winning these four categories is unheard of. Especially given the academy’s recent history,” said Wong.

Wong added to that, saying “we advocate for representation in the media arts by showing films from Japan, Korea, Taiwan, and the Philippines.”

In other words, they are trying to showcase the work of films that normally wouldn’t be seen.

“We had one film, Yellow Rose by a Filipino-American filmmaker, [Diane Paragas] that was emotional, but still a crowd-pleaser,” Wong said. “There are many films like them in the international community.”

When asked if this would become a trend for the Academy, she did had some concerns.

“The year after Moonlight won, movie watchers thought there would be a significant push towards diversity. It didn’t happen.”

She continued saying that this is because the majority of the judges are still white and male.

However, that is not the only reason why.

Jim Slotek, of the Toronto Film Critics Association, said “the process into selecting the nominees isn’t always the academy’s fault… the nominees go through a large committee to get a shortlist. Then it is decided by the voting group at the Academy. It’s a large community, but they only have so many options at that point. As a result, the Oscars still feel like a local award show,”

He elaborated, describing how Parasite was a standout film and managed to surprise viewers and judges enough for the win, and he hopes it isn’t the last.

Parasite is a dark comedy and social commentary set in South Korea. It follows four members of a poor household who seek employment from a wealthy family by posing as unrelated and highly-qualified employees.