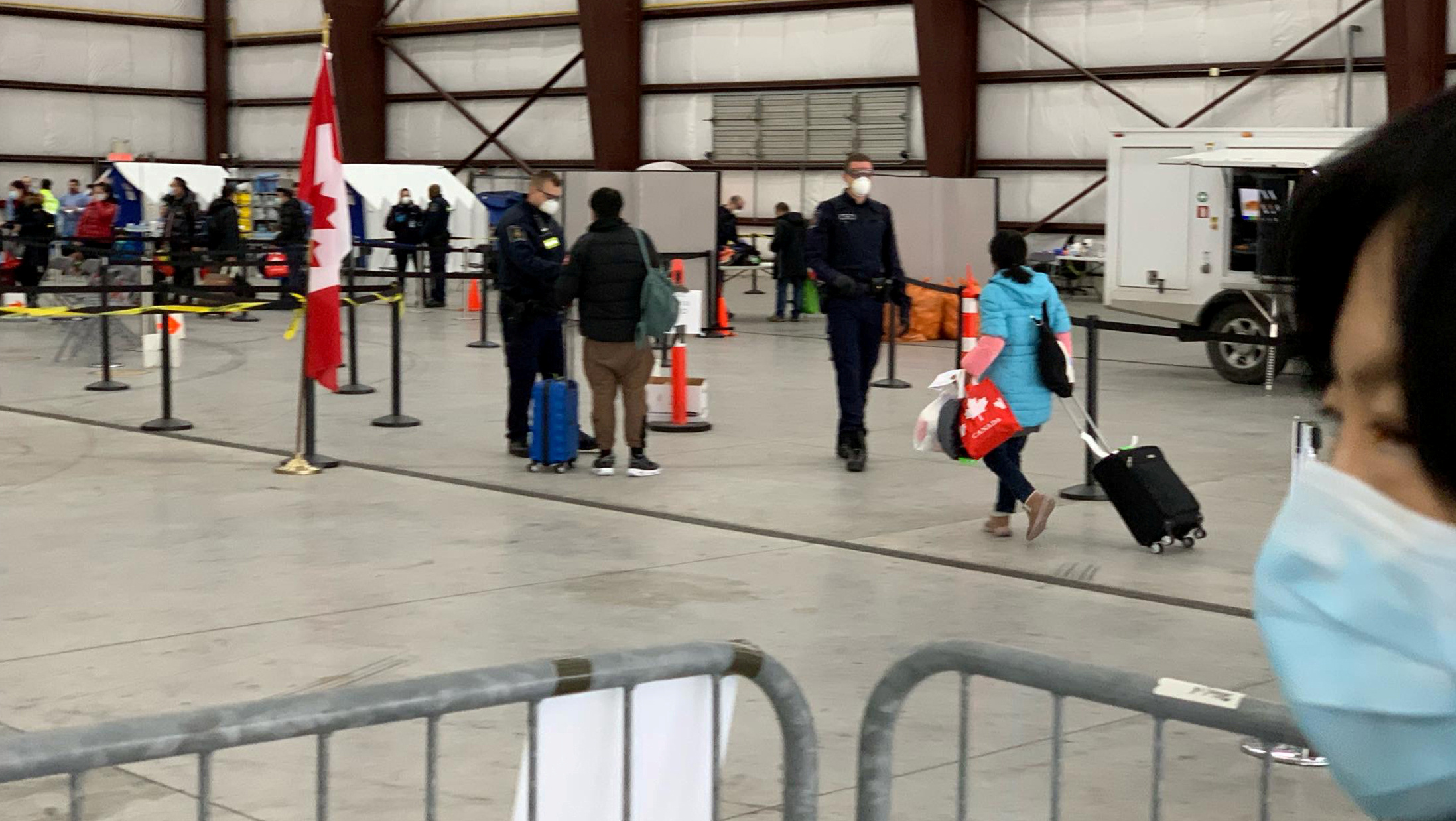 Multiple Canadian government agencies played a role in the repatriation of 176 Canadian citizens who landed at CFB Trenton on Feb. 7 from Wuhan, China.

“That was truly a whole of government effort,” said Foreign Affairs Minister Francois-Philippe Champagne in a Feb. 6 news conference in Ottawa. “I would like to recognize the hard work of the incredible public servants who made this complex operation happen to help Canadians in need.”

As government officials prepared for the arrival of Canadians from the epicentre of the novel coronavirus outbreak, which has killed at least 817 people globally, the repatriation contained multiple steps.

“Chinese health authorities are screening travellers before they get to the airport,” said Health Minister Patty Hajdu at a pre-arrival news conference in Ottawa on Feb. 6.

As government officials worked on their end, the Canadians in Wuhan had their own role to play in preparing for the journey home to Canada.

“Getting to the airport was stressful because the only way you were allowed to travel on the roads was by taxi or government vehicles, and you had to have documentation that stated right of passage,” said Zixiao Wu, one of the 176 Canadians who arrived from China on Feb. 7, and is currently in quarantine at CFB Trenton along with his mother.

“We were worried because so many people take taxis, and it was impossible to know if someone who had the virus had been in the taxi before you,” Wu told Humber News in a telephone interview.

Department of National Defense medical staff ensured that each passenger was checked for symptoms of the virus multiple times before allowing them to deplane.

“On board the flight DND medical staff will perform health assessments of each person and travellers will complete a health declaration,” Hajdu said.

“Upon arrival a CBSA officer and quarantine officer will board the plane and talk to DND medical staff to ensure no one has been ill during the flight.”

The journey, however, does not end for these Canadians upon arrival into the country as each passenger must now remain in quarantine for 14 days at the Yukon Lodge at CFB Trenton in Trenton, Ont.

Each traveller has a room with a washroom and a shower, and families are grouped together, Hajdu said.

The Canadian government has aimed to make the quarantine period as easy as possible.

“We have food brought to our rooms, we were also provided with lots of face masks, and individual temperature checkers,” Wu said.

“A nurse comes by two times a day to check for symptoms, there is also mental health support on sight for anyone who needs it,” he said.

Mental health support was a priority for Canadian officials in ensuring citizens quarantined at CFB Trenton were looked after properly.

“I think it’s important to remember that people have been through a very stressful time under quarantine in one of the largest cities in the Hubei province,” Hajdu said, “Many people have been alone and away from their families in a very uncertain situation.”

An enduring time lies ahead of the Canadians who have arrived from Wuhan, however the Canadian Government has worked hard to ensure that this transition is safe, comfortable, and supportive.

“I’m feeling happy to be back, but it’s only been two days in quarantine, I think it might get boring soon,” Wu said.

“We are allowed to interact sometimes with other arrivals as long as we maintain a two metre distance.”