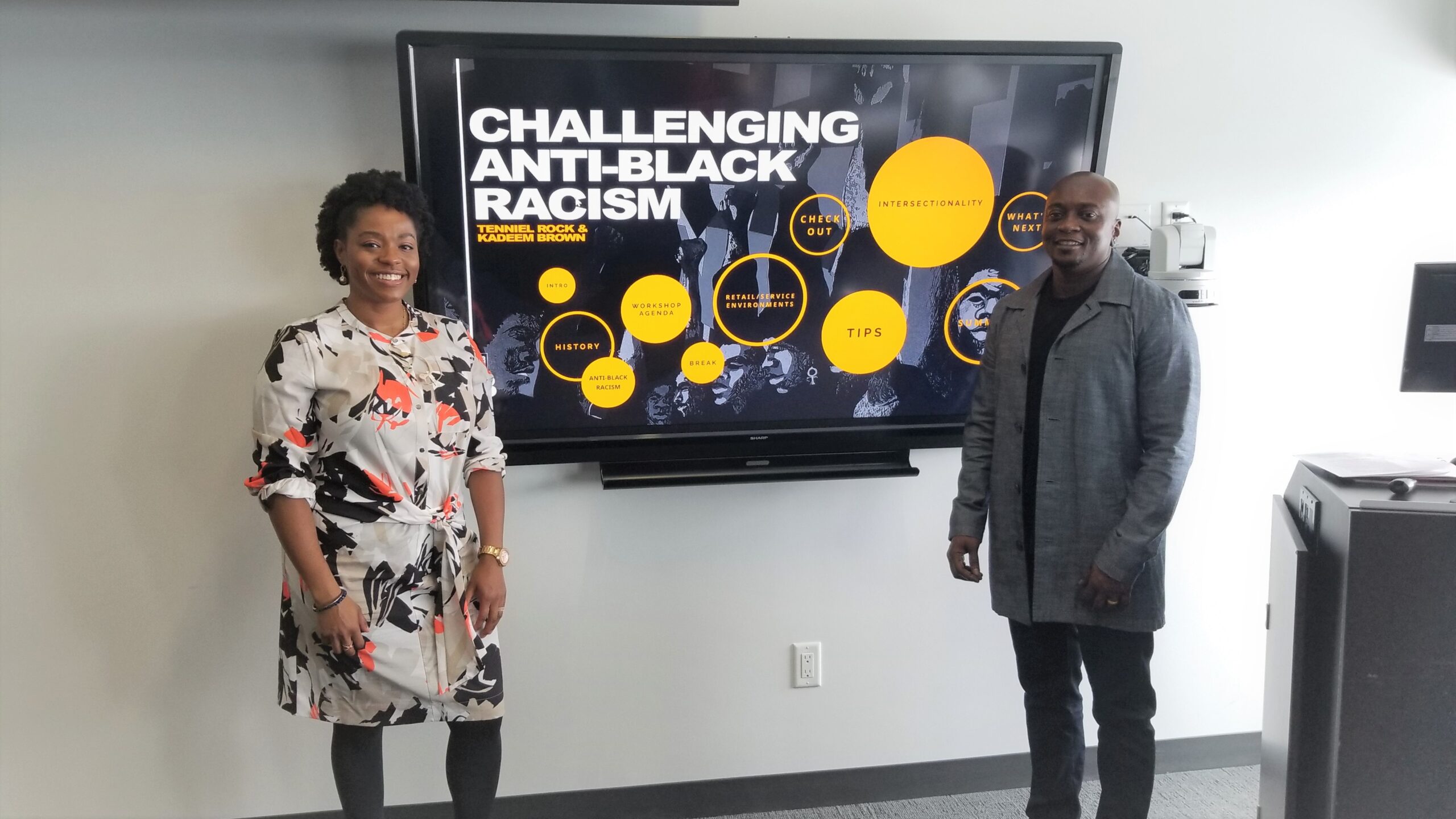 Anti-Black racism is alive and well in 2020 — and the most effective way to combat it is through methods that consider intersectionality, say two anti-racism advocates.

“We’re not just burdened with racism in society — it is more than that. We are struggling with unemployment, gender discrimination and whatnot,” said activist and entrepreneur Kadeem Marcus Brown.

Brown was one of two guest speakers at Challenging Anti-Black Racism, a workshop organized by Humber College’s Centre for Human Rights, Equity and Diversity in association with the Centre for Anti-Oppressive Communication on Feb. 13.

Brown was joined by Tenniel Rock, founder of the Centre for Anti-Oppressive Communication, at the three-hour session, which took place on Humber’s North campus as part of the school’s Black History Month programming.

Both speakers emphasized intersectionality, which considers how social categorizations such as race, class, gender and sexual orientation may overlap to disadvantage a certain group.

For Black folks, the “baggage” they carry may result in further discrimination, said Brown, who identifies as queer.

Rock stressed the importance of learning about Black history to understand the contributions of Black communities and the hardships they’ve faced.

“People don’t hear about Black people before they arrived in North America, the dynasties of royalty, the background history, the farming techniques that they have created,” Rock said.

She also highlighted the significance of media representation, asserting the lack of diverse Black characters in media reinforces stereotypes about Black communities.

“We face lack of misinterpretation in movies and TV, where we are often seen in characters that talk in slang,” Rock said.

She said, in educational settings, professors, instructors and others in positions of power can foster more diverse, inclusive spaces by incorporating names, words and scenarios in their lesson plans that move beyond a Eurocentric model.

Rock also encouraged students and others who have experienced anti-Black racism — especially in established institutions — to report it.

“Focus on what you’ve observed and how the person made you feel and then gather some clear evidence of possible recorded documents,” she said.

“Then finally, ask what you want in every scenario. Every time you experience something, you have to speak against it.”