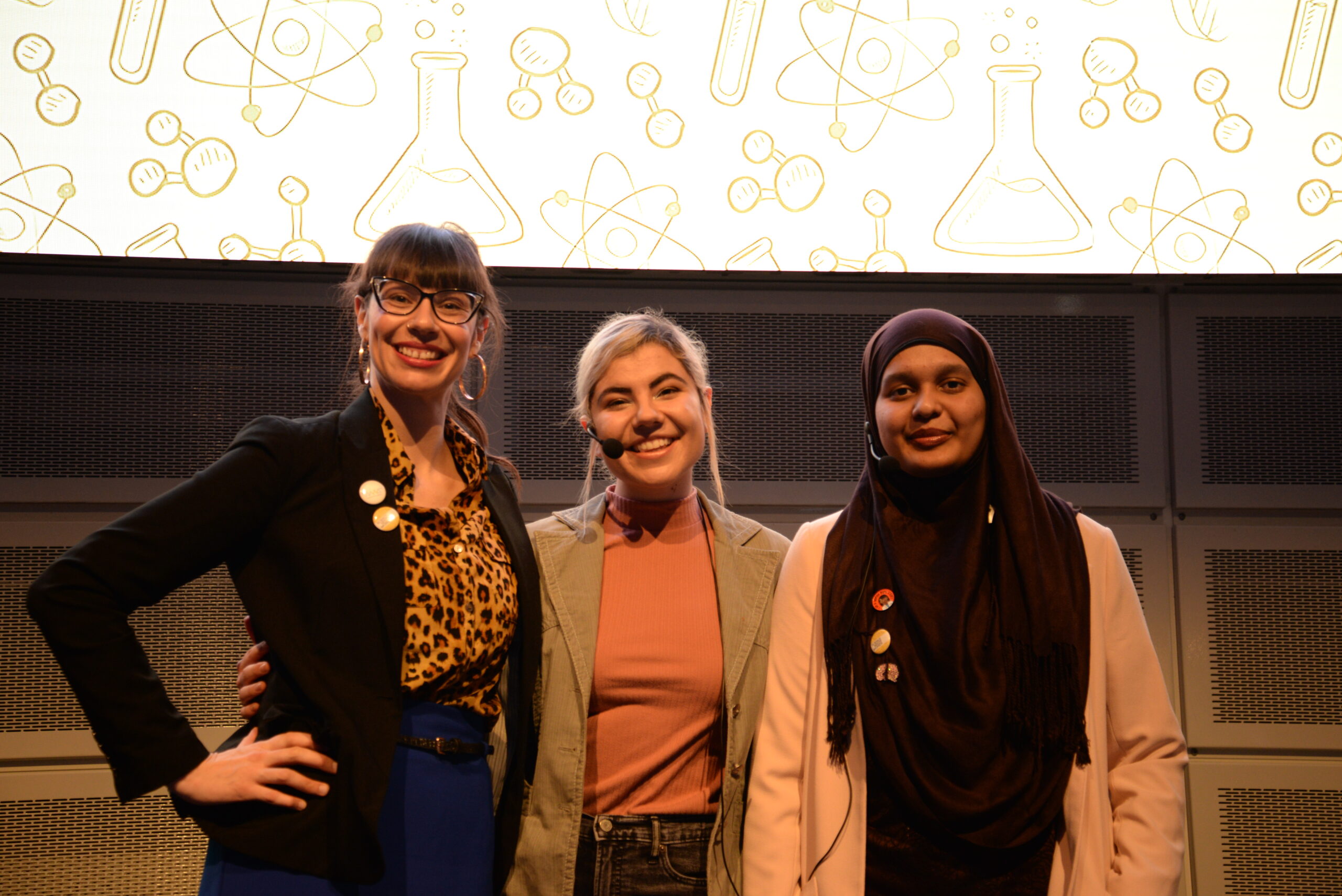 A recent event at the Ontario Science Centre marking the International Day of Women and Girls in Science allowed Toronto’s science community to celebrate strides toward gender parity in the field — but it also highlighted the work still needs to be done.

“Women are dropping out [of STEM]. There are barriers — cultural and structural and systemic barriers — that are not allowing them to stay,” said Ana Sofia Barrows, project coordinator of equity, diversity and inclusion at the University of Toronto and among the handful of speakers at the Ontario Science Centre’s event on Feb. 9.

They are particularly underrepresented in climate change-related sectors of science and remain a minority in fields such as such as energy, engineering, transportation and information technology, a 2015 UNESCO report found.

UNESCO said this imbalance is partially due to what it calls a “leaky pipeline,” a phenomenon in which women outnumber men in the pursuit of STEM-related bachelor’s and master’s degrees but significantly drop off when it comes to education at the PhD level.

“The high proportion of women in tertiary education is, thus, not necessarily translating into a greater presence in research,” the report said.

Barrows said a lack of resources and support means many women cannot continue STEM-related studies at a doctoral level.

She said these obstacles are exacerbated for women who belong to visible and invisible minorities, like persons with disabilities, Indigenous peoples and those from the LGBTQ+ community.

“Privilege can come from gender, socioeconomic background or ableism,” she said.

The issue is especially noticeable in Canada, where UNESCO noted there is no available data pertaining to women graduates and researchers in science and engineering.

“Here in Canada … when you’re looking at the industry, it’s very likely going to be very white and male-dominated,” Barrows said.

Eden Hennessey, who holds a PhD in social psychology and was another speaker at the Ontario Science Centre event, said sexist views regarding women in STEM need to be dismantled before meaningful progress can be made.

“A study done in 2016 found that the more attractive you are, the less likely you are to be a scientist. So we still don’t believe that people can be attractive and, you know, competent,” she said.

Hennessey, who is known for a series of interactive photo exhibitions that tackle sexism in STEM, said more needs to be done to keep women interested in STEM and pursuing STEM-related jobs.

“Attracting people [to STEM] — we’ve been doing for years. But retaining people is now where the focus really needs to turn,” she said.

Farah Qaiser, president of the Toronto Science Policy Network and another speaker at the Ontario Science Centre event, said raising awareness about the lack of gender parity in STEM is key.

“It’s about empowering women with the resources they need to go through a journey in STEM, while making the environment more welcoming and accessible,” she said.

Qaiser said science, as a field, is relatively slow moving and it may take time to welcome new people, especially minorities.

However, she said that doesn’t mean there hasn’t been progress.

And while events like the Ontario Science Centre’s, which brought women and girls in STEM together for a series of talks and activities, are important for reflection, Barrows said we should not lose sight of the work that still needs to be done to ensure more women pursue — and stay in — STEM.

“Taking pride just on diversity is not enough,” Barrows said. “We need to be conscious and we need to be putting efforts and actually working towards it.”