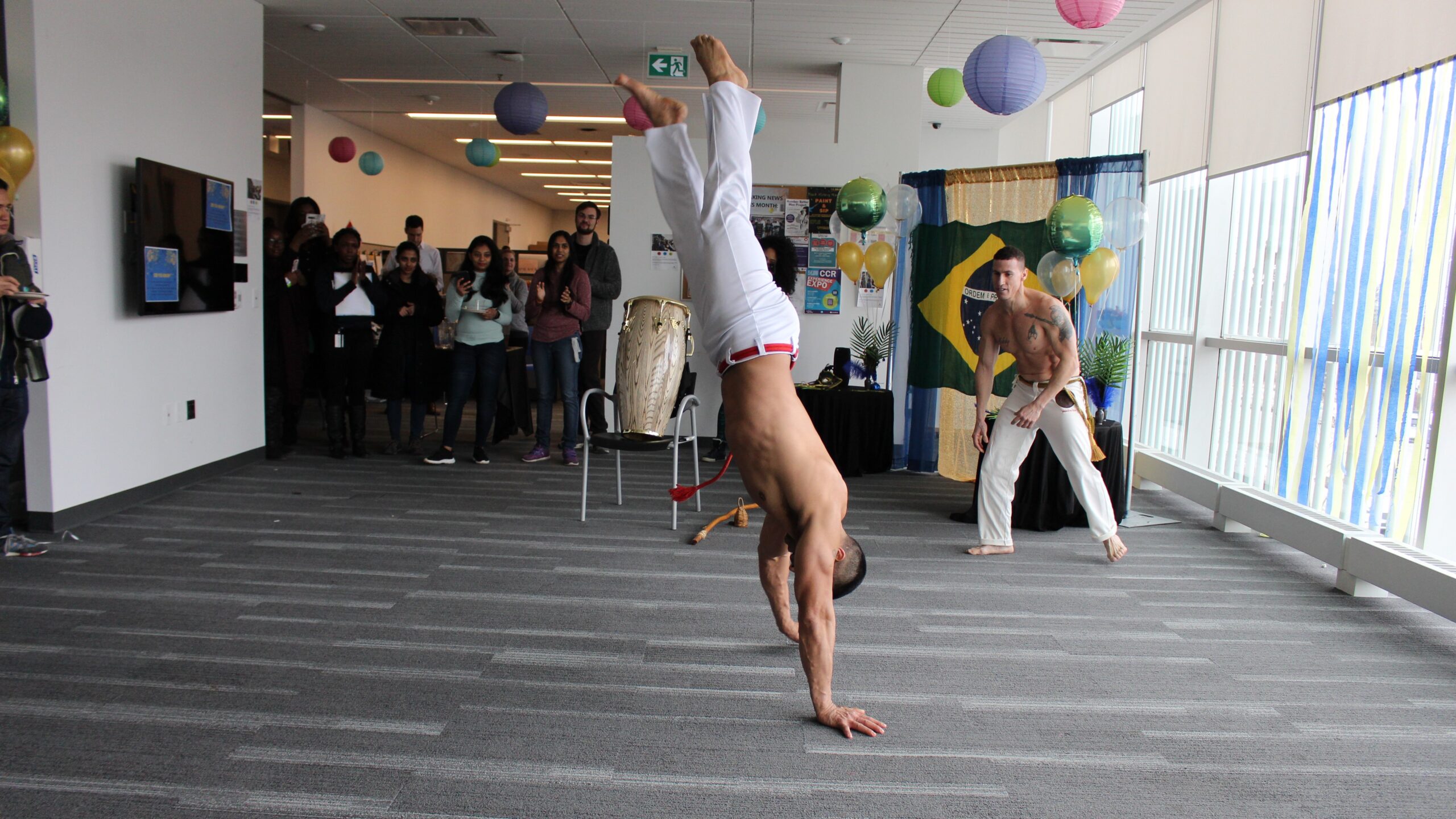 A variety of cultural events are frequently recognized at Humber College’s Lakeshore campus, thanks to the school’s diverse student body and student-run clubs.

But this year marked the first time the school celebrated Carnival.

“There are many students [at Humber] from Brazil,” said Catalina Fariha, a post-graduate student in marketing management who organized this year’s Lakeshore Carnival celebration, which attracted around 300 students.

Brazilian Carnival, also known as Carnaval do Brasil in Portuguese, is an annual festival in Brazil that marks the start of Lent for Christians.

It takes place in the days before Ash Wednesday and involves colourful costumes, dance and music.

An arts and crafts station allowed students to design their own masks, which are typically worn as part of elaborate costumes during Carnival.

Veronica Fischer, a post-graduate student in marketing management, saw elements from her home country of Uruguay, which neighbours Brazil, reflected in the event.

“There is some differences in the languages spoken but some performances are similar to [those in] my country,” she said.

Attendees were also treated to a martial-arts performance known as Capoeira, an Afro-Brazilian dance that incorporates acrobatics.

“Anyone can … enjoy and learn this Brazilian dance,” said Rafael Gonzalez, one of the Capoeira performers.