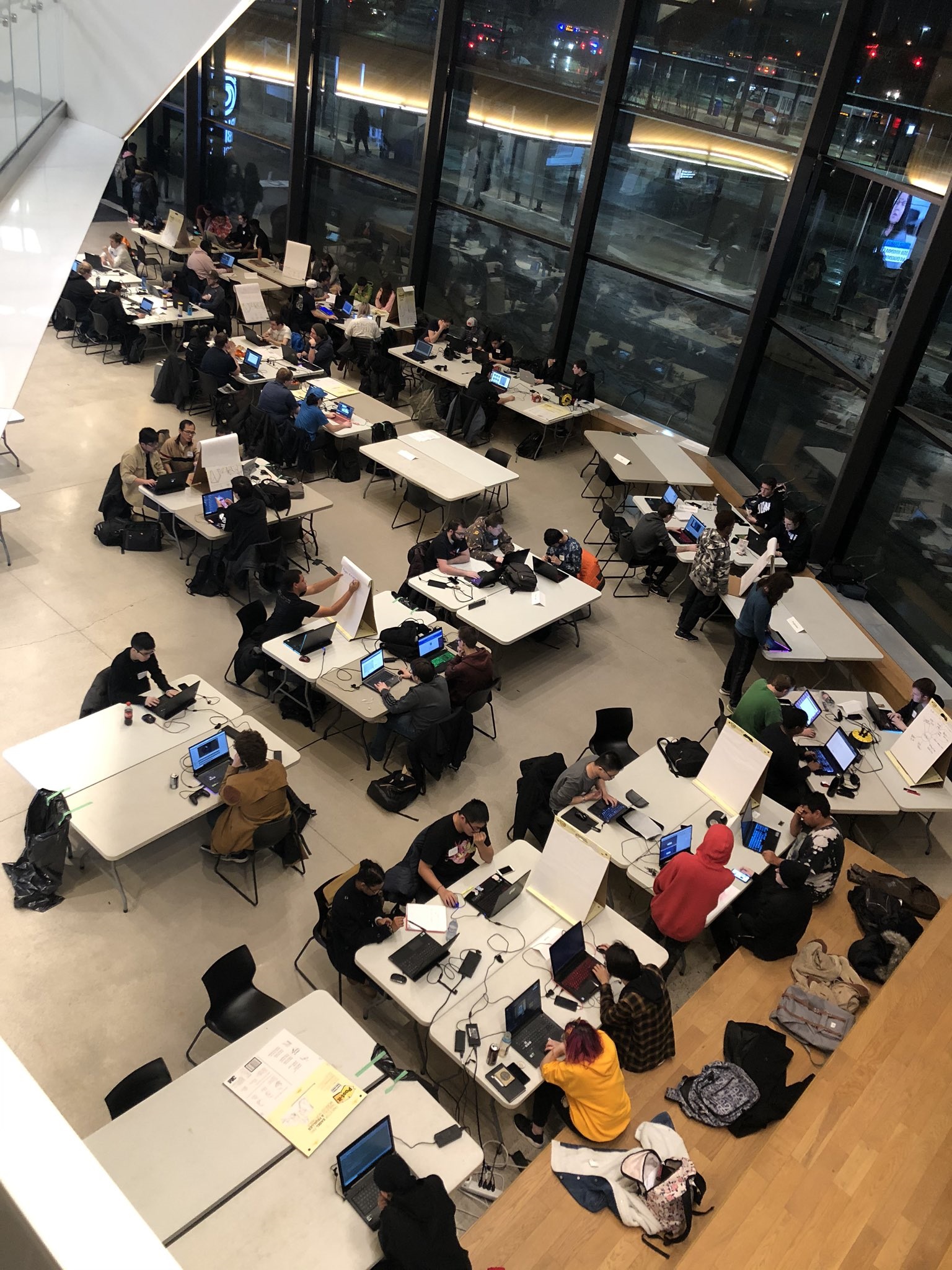 The 2020 Global Game Jam was in full swing over the weekend as game programming students and young software developers filled the Barrett Centre for Technology Innovation from end to end. 93 registered to participate in the annual collaboration.

The Global Game Jam is a 48-hour create-a-thon where you collaborate with others to try and build fun and innovative game prototypes based around a mystery theme.

“Global Game Jam is an event that has been hosted for eight years at Humber,” said Samuel Bujold-Bouchard, a third-year game programming student and co-organizer of the game jam. “It is a tradition that will keep on going.”

Last year’s game jam was in part organized by the Game Jam Squad, a club focused on developing game projects who participated in several jams around Toronto.

All the games had to work around the theme “repair,” which was interpreted in thousands of ways.

Three of those creations made on the weekend by the Humber teams included Adrift In The Wastes, Telekinetic Handyman, and Smith Pit.

“After bouncing around the idea we ended up with a game similar to Overcooked,” said Bujold-Bouchard, also one of the four designers of Smith Pit. “the idea of this co-op game is that the two players play as rival blacksmiths who receive equipment and can display, repair or sabotage their rival’s equipment.”

The sprite-based game was developed with Tyler Betts-O’Donnell, Landon Grant and Dustin Brown.

24 projects were submitted and can be found on the official website, alongside the works from previous jams.

This year marks the 12th event in the series. According to the official website, the GGJ (Global Game Jam) had 860 locations in 113 countries create 9,010 games last weekend alone.

“Our program focuses on the fundamentals and these events help students realize the process of making games,” said Umer Noor, co-ordinator for game programming at Humber College and co-organizer for this year’s jam. “A big component is the ability to work with others and the need for a diverse team to make fun games.”

Noor also described how some of the lead volunteers, some of whom will be graduating actually spent the night in the Barret CTI to work through the 48-hour period.

According to Bujold-Bouchard, the event was sponsored by the Faculty of Media and Creative Arts (FMCA). They also obtained corporate sponsors including Ubisoft Toronto and a brand-new Toronto studio of Certain Affinity, a game developer from Austin, Texas.

And that’s a wrap for #GGJ20 @HumberMediaArts. Time to play games, yay! pic.twitter.com/4Mj8u3eVBq

While the organizers have not been determined, Bujold-Bouchard said that FMCA plans to host another event next year.