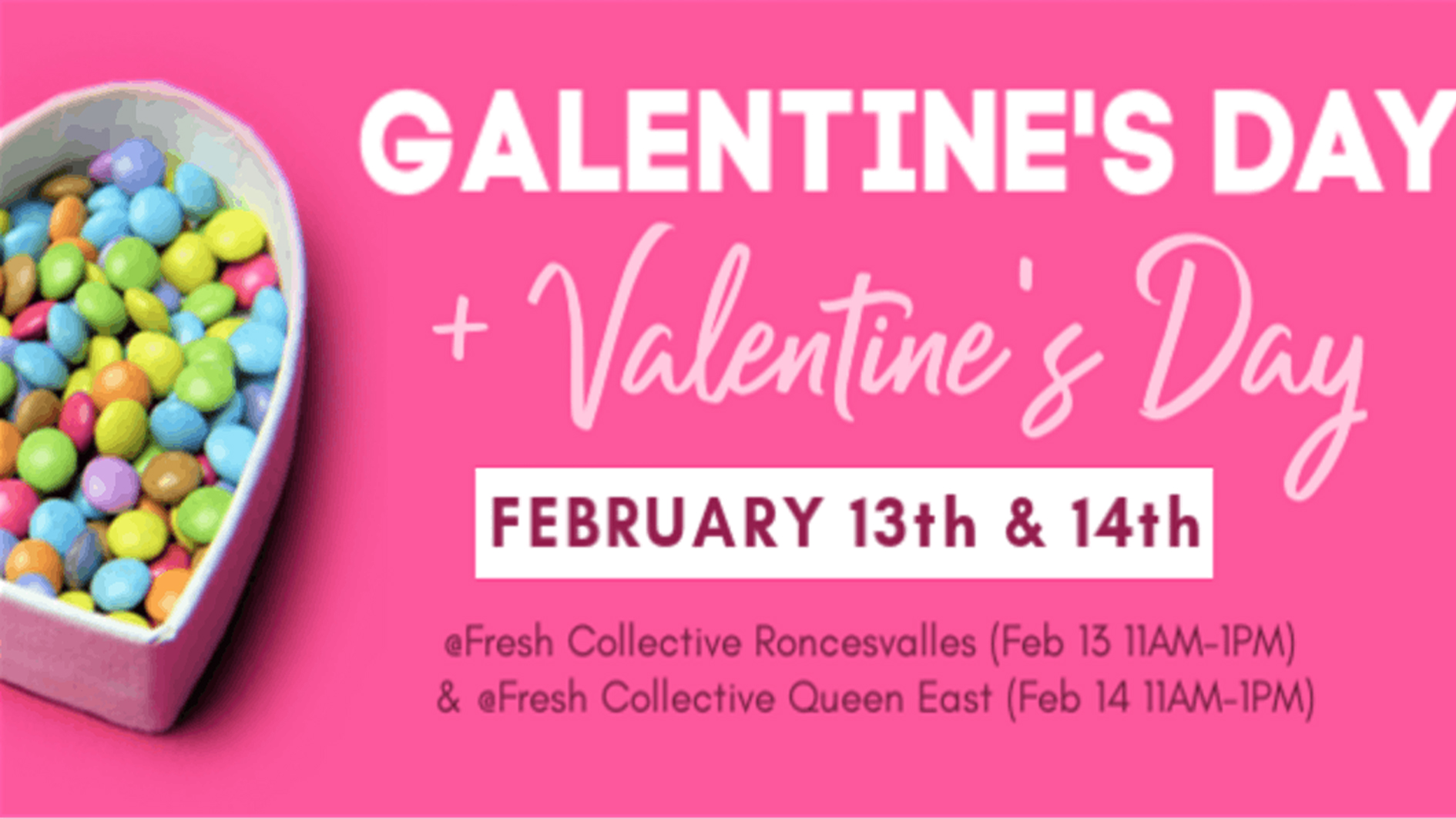 Feb. 13 is Galentine’s day – a day where women started celebrating the friendships that have withstood the hands of time with their best gal pals.

Since its inception, the made-up holiday has become inclusive to both men and women wanting to get away from Galentine’s big sister, Valentine’s Day.

The day was first mentioned in an episode of Parks and Recreation back in 2010 and has since become a sensation for companies marketing to single females. It’s a marketing dream come true of making sales for both demographics of single and coupled people.

Angela Osmond, store manager at Fresh Collective in Toronto is offering style advice, mini makeovers, and cupcakes at her event, which is meant to promote self-love.

“Last year we had a promotion and saw that the ladies took advantage. So we wanted to do something bigger and have an event to promote self-love while also empowering women today,” she said.

Galentine’s Day could also be a day for some much needed TLC. With Osmond adding why it’s important to cater to singles during the month of February, and not just couples.

“In my experience with dealing with women in retail, it’s more than just trying on clothes it’s about having a conversation and making them feel better about themselves. ”

It’s no wonder Galentine’s Day became such a sensation amongst single people. With the pressures of society’s take on Valentine’s Day, some singles got tired of trying to live up to the standard. Instead, creating a day where they appreciate the most important people in their lives.

Some people celebrate Galentine’s Day by exchanging gifts, going out for food and drinks or simply spreading the love by telling the people in their lives how much they mean to them.

Amina Sheik, a second-year Early Childhood Education student at Humber College said she plans to make the most of it.

“I brought up celebrating Galentine’s Day with my friends and they thought it was a great idea. We’re just going to watch chick flicks and eat lots of junk food. It’s just a great way to bond and not be alone,” Sheik said.

The options are endless on how you can spend Galentine’s Day and what’s great is that not a lot of thought has to be put into it.

Overall, it’s a day to show your appreciation for the people who have stood by you through the good and bad times and that’s enough reason to want to celebrate.