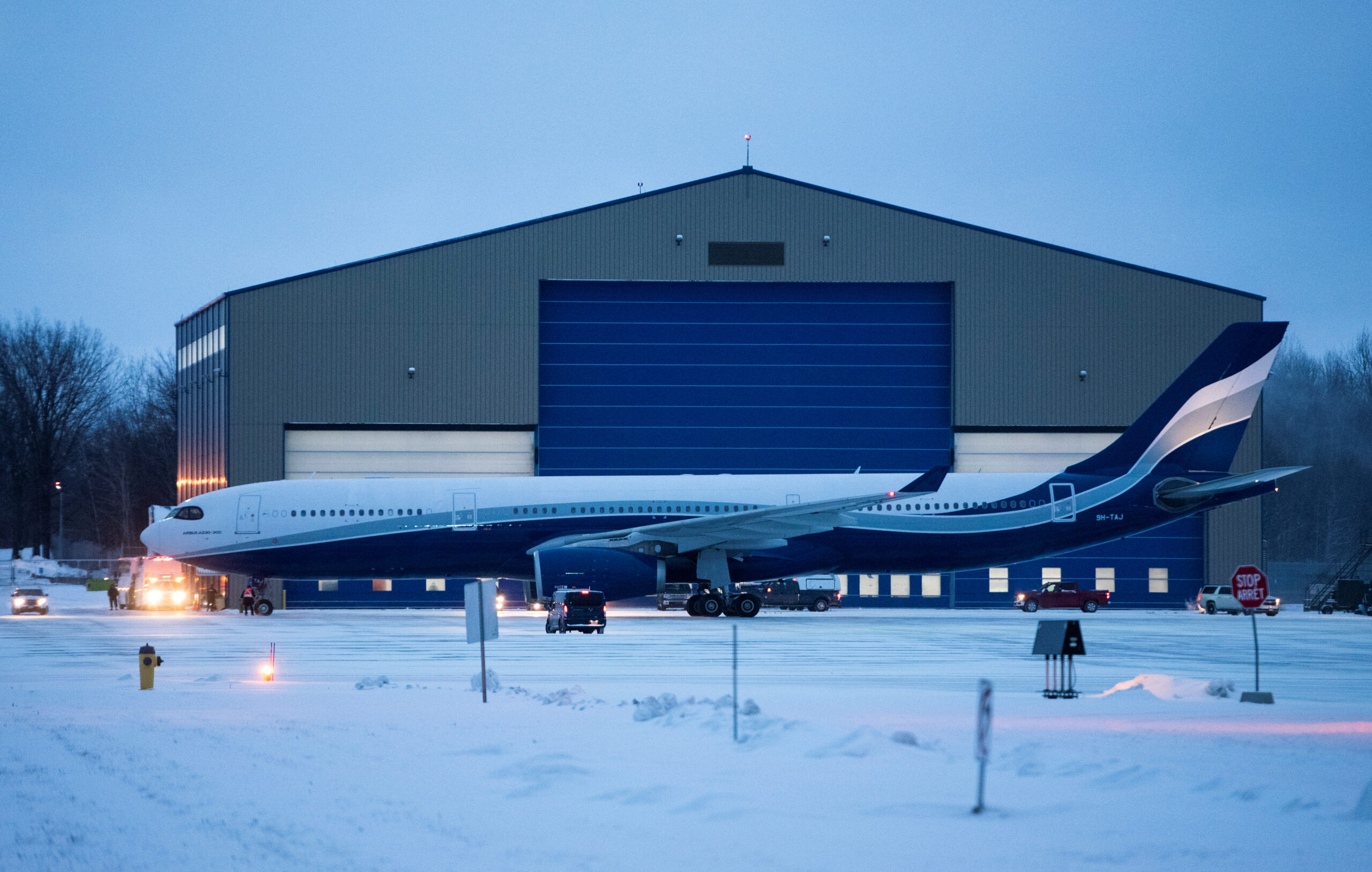 City councillors in Trenton, Ont., on Friday welcomed the news that 176 Canadians had returned safely from Wuhan, China and expressed confidence that a local Canadian Forces Base would be well prepared to treat them while they remain there in a 14 day quarantine.

“I have to say I’m thrilled that they got to come home. If I was in their place I would certainly not want to be there right now,” Sally Freeman, Quinte West Councillor in Ward One, told Humber News, referring to the ongoing situation in China.

Flight HFM322, authorized by the Canadian government, touched down on Thursday at Vancouver National Airport at 9:00 p.m local time to refuel before arriving at CFB Trenton east of Toronto at 6:30 a.m.

The Canadians were trapped at the epicentre of the novel coronavirus outbreak which began in December. People could not leave owing to flight bans and severe travel limitations.

Passengers on board Flight HFM322 were seen wearing masks, although no symptoms were shown by people who boarded the plane as it left.

Novel coronavirus has so far killed 630 and infected 31,400 people worldwide. Among those who died is Wuhan doctor Li Wenliang who gave doctors an early warning about the outbreak.

Meanwhile, five Canadians have also tested positive for novel coronavirus on a cruise ship that that have people 61 infected and will remain under quarantine off of Japan.

Given the seriousness of the situation, Humber News asked Trenton councillors about the fear or uncertainty people in their community might face.

“We are certainly equipped and look forward to having our Canadians home and we’re well trained to take care of them,” said Karen Sharpe, Quinte West Councillor in Ward Two.

“I’m sure their are a few people that worried are but the majority are just welcoming them home with lots of good comments online,” said Freeman

The federal government has said that the quarantine procedures are the best way to keep the virus from spreading further, and to monitor anyone who could show signs of the virus later.

“The experts are telling us 14 days are enough, so that’s what we are going to believe, and we feel pretty safe with that,” said Freeman

Play centres on the base will be made available to entertain all the quarantined Canadians throughout the two week period. Mental health services will also be offered.

The World Heath Organization held a press conference Friday in Geneva to report updates on safety measures that will help contain the spreading of novel coronavirus.

A flight chartered by the U.S. government brought 50 Canadians back home after Flight HFM322 landed.

U.S President Donald Trump contacted the President of the People’s Republic of China Xi Jinping, and stated his confidence that Xi “will be successful” with controlling the outbreak.