Women lose first of the season to Fanshawe in overtime thriller 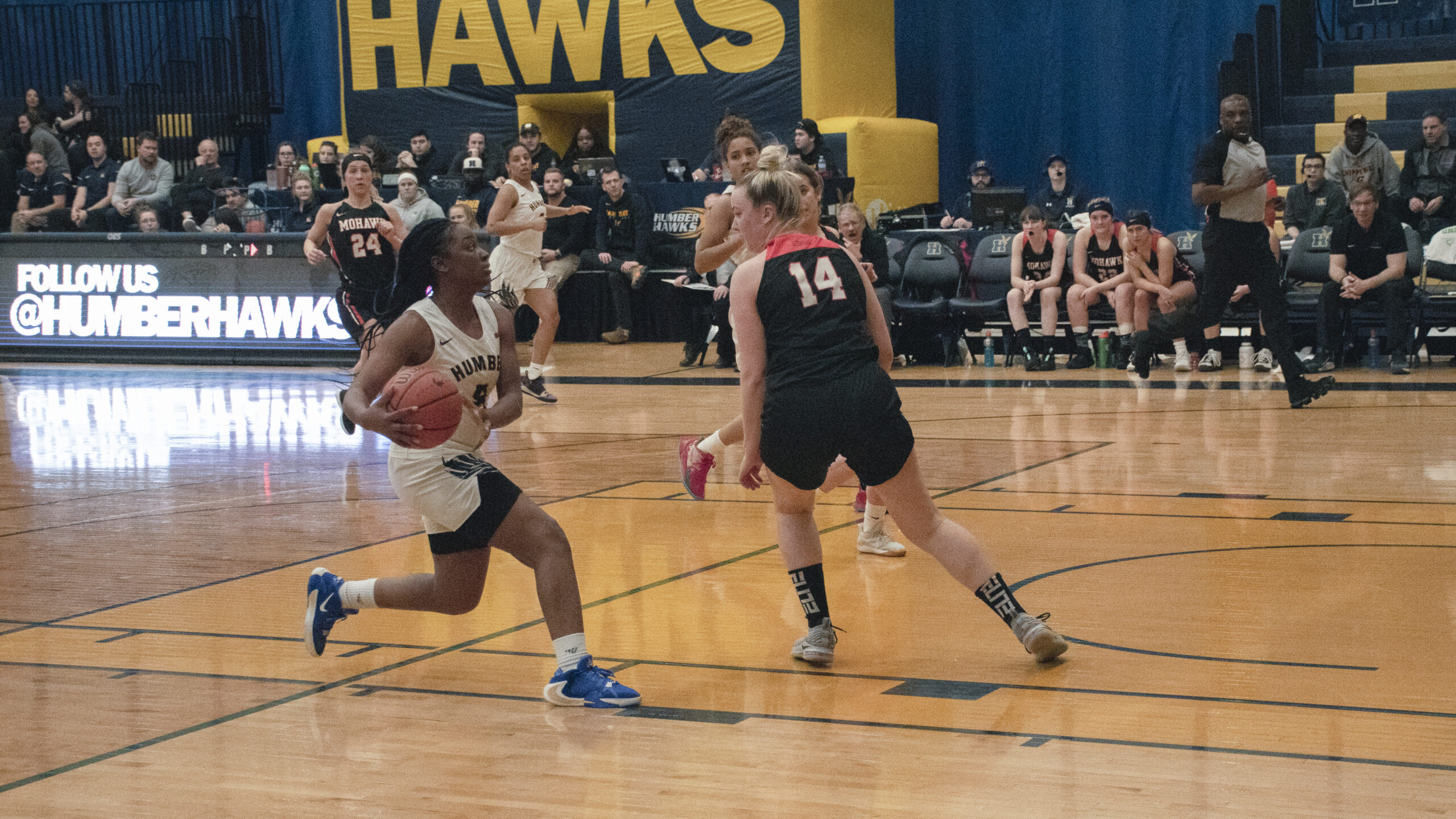 Hawks began the second half of the season by extending their winning streak to 13-0 by beating the Mohawk Mountaineers on Jan. 22 at the North campus Athletic Centre, but the weekend brought the team its first loss against Fanshawe Falcons in an overtime thriller.

That loss dropped the Hawks to eighth on the national rankings from third. Fanshawe rose to fifth from eighth.

The high scoring weekend tilt in London — 101 to 98 after five rounds — wasn’t all bad news for the Hawks. Fifth-year guard Jahnae Gyles netted a season-high of five three-pointers and rookie shooting guard Kia Watt scored 20 points, the third time she reached that plateau this season.

The team shot an impressive 50.8 per cent — a season-high — from the field.

The game against the Mountaineers began with the Hawks putting up a defensive effort that kept the opponents off the scoreboard for most of the first quarter, which ended with a 22-9 tally. The second quarter saw the Hawks start with an 8-0 run but Mohawk was able to cut the Hawks’ lead to 11 before going into half-time.

The Hawks extended its lead back to 19 during the third quarter, Mohawk continued to poorly play bad offence. Shooting guard Ivana Twumasi and Gyles both accounted for 15 of the team’s 21 points in the quarter.

The Hawks sank a game-high 32 points in the fourth quarter, taking away Mohawk’s chance of making a comeback despite a strong push The final score of 87-63.

Gyles put in another outstanding performance with 15 points, nine rebounds, three assists, one steal, and one block. Twumasi and Watt ended with double digits each scoring 14 points and power forward Miea Campbell-Johnson finished strong with 11 points.

“A great game, great night with the girls and we just have to keep working hard and our heads up,” Watt said after the win.