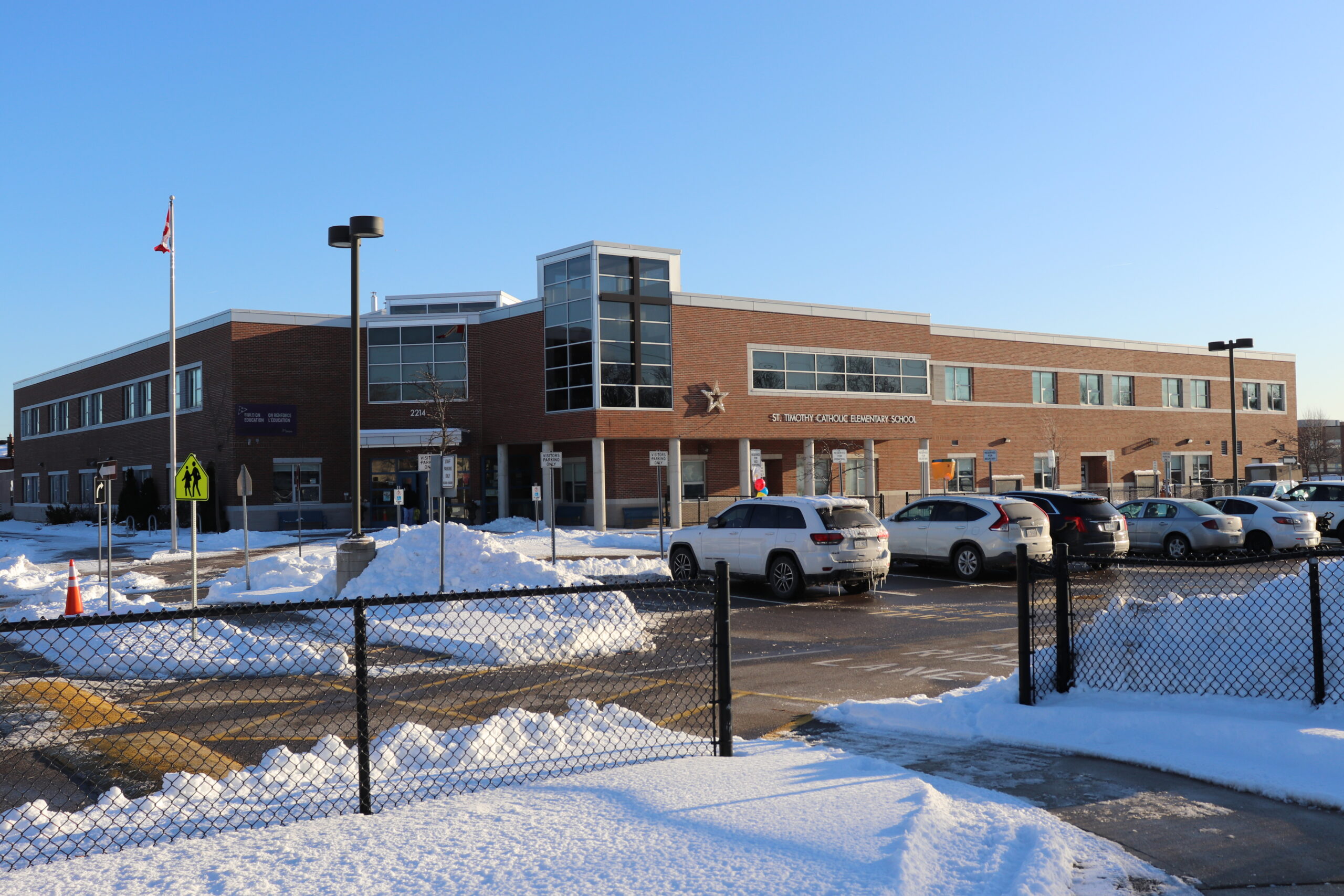 Select school boards across Ontario are beginning their first week of rotating strikes over negotiations between the provincial government and teacher unions.

The unions are pursuing job actions and demanding the government halt plans to reduce the deficit by cutting funding to the education sector in an effort to balance the budget.

The government plans on accomplishing this by increasing class sizes and offering mandatory e-learning classes.

The plan also includes a decrease in funding to education programs, cutting teaching positions and setting a one per cent cap on wages, according to a government memo sent to school boards.

“Teachers are crucial to the shaping of young people’s minds, I hope the government doesn’t rob them of that opportunity. If the strikes become more frequent then it becomes really hard for parents,” said Isabel Da Costa, a concerned mother of a student attending St. Timothy Catholic Elementary School.

St. Timothy, like all schools in the Dufferin-Peel Catholic District School Board (DPCDSB), closed on Tuesday, Jan. 21 as teachers began their rotating strikes, according to its website.

Teachers spend the majority of the day making sure children are properly educated and are indispensable to the future success of Ontario, Da Costa said.

Unions have received support from some parents against the governments proposed plans, including one parent starting a petition that received more than 25,000 signatures.

The petition highlights cuts to the programs aiding children with special needs, such as the Ontario Autism Program.

Parents cannot be bribed with their own tax money calling for the government to put it back into education, the petition said.

The Ontario government has a different view on the matter, with the finger being pointed at the union leaders instead.

“I think they [teachers] don’t have good leadership. The head of the unions, they want to argue; no matter what premier, no matter what government is in power,” Premier Doug Ford said during a press conference on Jan.16.

Teachers are hesitant to comment on the situation, with details of the talks between unions and the government under a news blackout.

“Being at York University, I can fully relate on how frustrating it must be for parents to have to deal with their children’s education possibly being put on hold,” said Nathan Tyler, a current York student and former student in the Dufferin-Peel Catholic School District.

Dealing with the anxiety of not knowing what is going to happen next can create a lot of stress for people, especially parents, he said.

These are the first rotating strikes from the teachers unions in five years, when tensions rose with Kathleen Wynne’s Liberal government.

“This is an issue I can definitely see this government digging their heels in the ground on,” Tyler said.