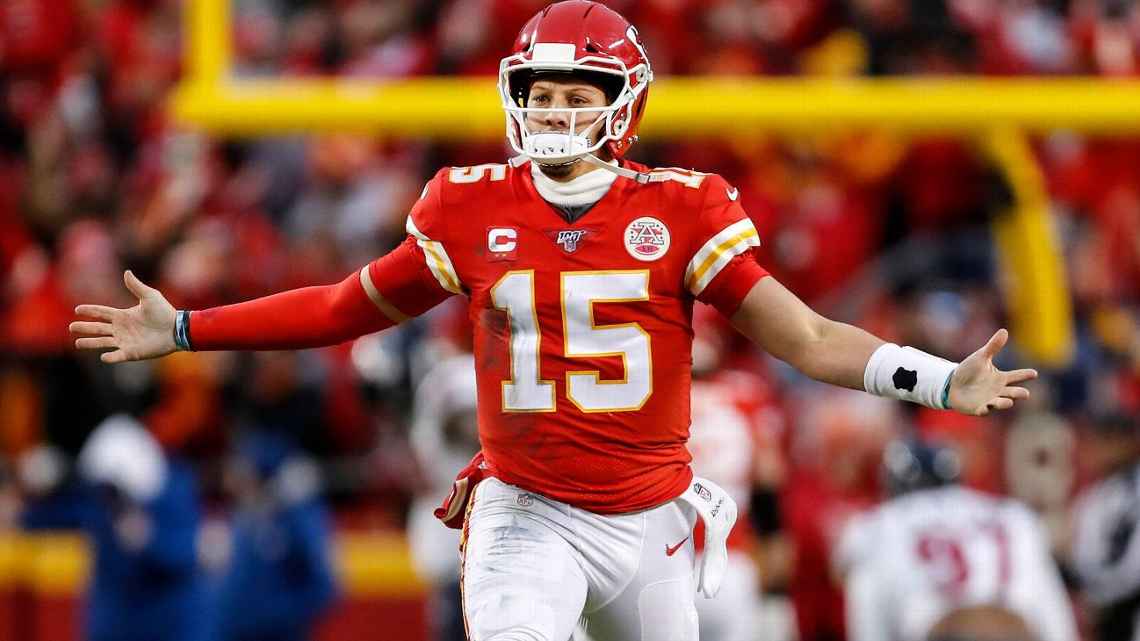 The Divisional Round of the NFL playoffs came to an end with dominating performances and upsets all weekend long to set the table for the Conference Championships next Sunday.

The semi-final matchups are set with the Tennessee Titans and the Kansas City Chiefs facing off at Arrowhead Stadium at 3:05 p.m. EST.

According to CBS Sports, the Chiefs and 49ers are the heavy favourites in their respective matchups.

Tennessee is the first 6th seed to beat a 1st seed team since the New York Jets and Green Bay Packers in 2010.

The Titans will have their hands full against the Chiefs and Patrick Mahomes led by coach Andy Reid’s explosive offence.

The Chiefs are also coming off a historic game, erasing a 24-point deficit in 10 minutes, and are back to their second straight AFC title game.

The battle of the Bays sees San Francisco as the favourite after obliterating Green Bay in week 12.

Coming off a dominant performance against the Vikings, San Fransisco has the upper hand and bragging rights against the Packers.

Green Bay will always have a chance with Aaron Rodgers leading their offence.

“I’m just going to enjoy a nice glass of scotch tonight and get on the film and get ready for a tough opponent,” Rodgers said after fending off the Seahawks.

Recap of the Divisional Round games

The San Francisco 49ers and the Minnesota Vikings kicked off the round giving fans a close game up until halftime.

This is when the 49ers took over and capitalized on the Vikings’ mistakes winning 27-10.

Heavy Super Bowl favourites Baltimore Ravens were looking for an easy win but the Tennessee Titans had other plans.

What looked to be a promising season behind probable MVP Quarterback Lamar Jackson, has come to an end.

The Titans stunned the Ravens en route to a 28-12 win behind Running Back, Derrick Henry’s productive performance and a collective defensive effort.

This surprising win came only a week after they upset the defending Super Bowl Champs, the New England Patriots during the Wild Card round.

The Kansas City Chiefs and the Houston Texans started Sunday football off with a memorable game for the fans.

Houston dominated the first quarter of the game going up 24-0.

It wasn’t until the second quarter when Kansas City and Patrick Mahomes made their run and never looked back.

The Chiefs overcame the huge deficit heading into the semi-finals after a 51-31 win.

The last game of the round featured future Hall of Famers Aaron Rodgers and Russell Wilson.

The Green Bay Packers and Seattle Seahawks delivered once again with a close game until the last whistle.

The two teams traded touchdowns all game long but the Packers came out on top with a 28-23 victory over the Seahawks.