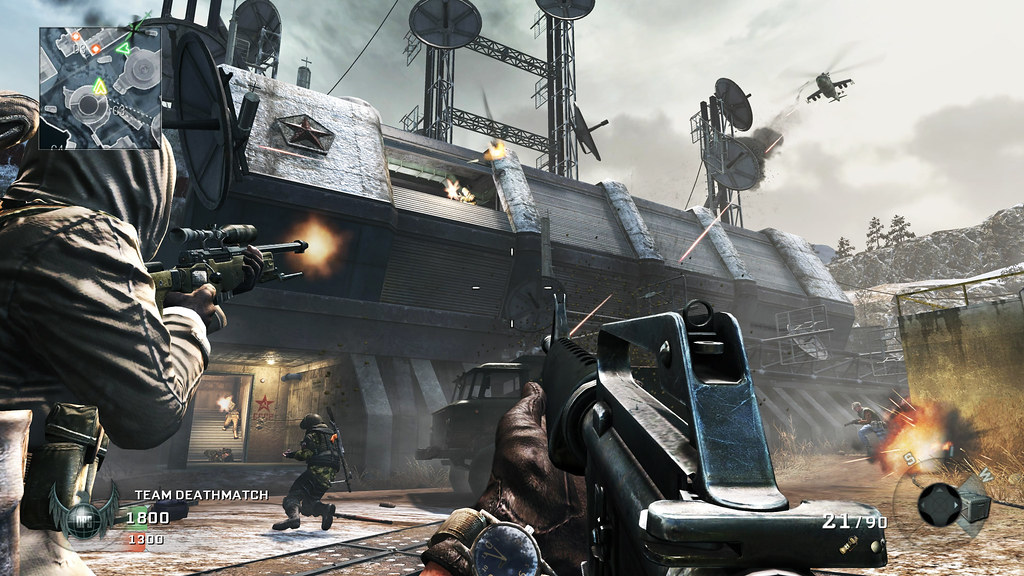 “We won the championships last year and we are looking to continue our success,” said team captain Jacob Lane who goes by GOATunes online.

And so far, Humber’s CoD team is making its presence known among post-secondary school teams. Humber, currently ranked second behind Texas A&M Maroon, is the only Canadian team among the top 25 teams.

With that continued success, the team is now looking to build its brand as well.

In Humber eSports, Call of Duty is not funded like other games such as League of Legends. Since Call of Duty is on many gaming platforms, the official console for eSports matches is PlayStation and players bring their consoles to the school to practice.

“Everything has to do with funding,” said Humber Call of Duty president Dante Checko. “We have to go to higherups in the school to get funding.

“If the League of Legends department or any other department that requires PCs ask for them, the school would be more inclined to them because if their eSports program fails the school just gets more computers they can use for other stuff, while for us if we fail the school has more PlayStations they don’t need,” he said.

Checko is hoping their success in the College CoD league will continue from last year. The Humber team has already beaten sixth-ranked Rutgers University and unranked Saint Peter’s University.

“Rutgers is one of the biggest eSports colleges. Beating them would be a huge deal for us,” Lane said Jan. 24 before the match against Rutgers. Even with CoD being less popular than other games, Toronto recently debuted a Call of Duty league team, Toronto Ultra, which had its first set of games last weekend as they beat the Seattle Surge and lost to the Minnesota ROKKR.

Checko believes the Ultra can help with building the popularity of the matches in Toronto.

“Something like a pipeline to a school like U of T or Ryerson would be great, Humber as well but having a scholar connection would help grow the game,” he said.

He also believes growing the game at a college level is important not only for the game but for the players as well.

“Having that option to go to school as well as go for a gaming dream is important,” he said.

“Call of Duty is a very small industry and it’s easy for those that have the dream to make it to not achieve them,” Checko said. “Having a Plan B, like getting a diploma makes it so kids aren’t wasting their time trying to get into a pro Call of Duty league and then end up failing.”

But at the moment, fans and players are still clawing their way to building a bigger audience for the game and Checko wants to work harder on that.

“At the end of the day, winning or building our brand, they are both important, but I would rather build our brand for the longevity of our game,” he said.