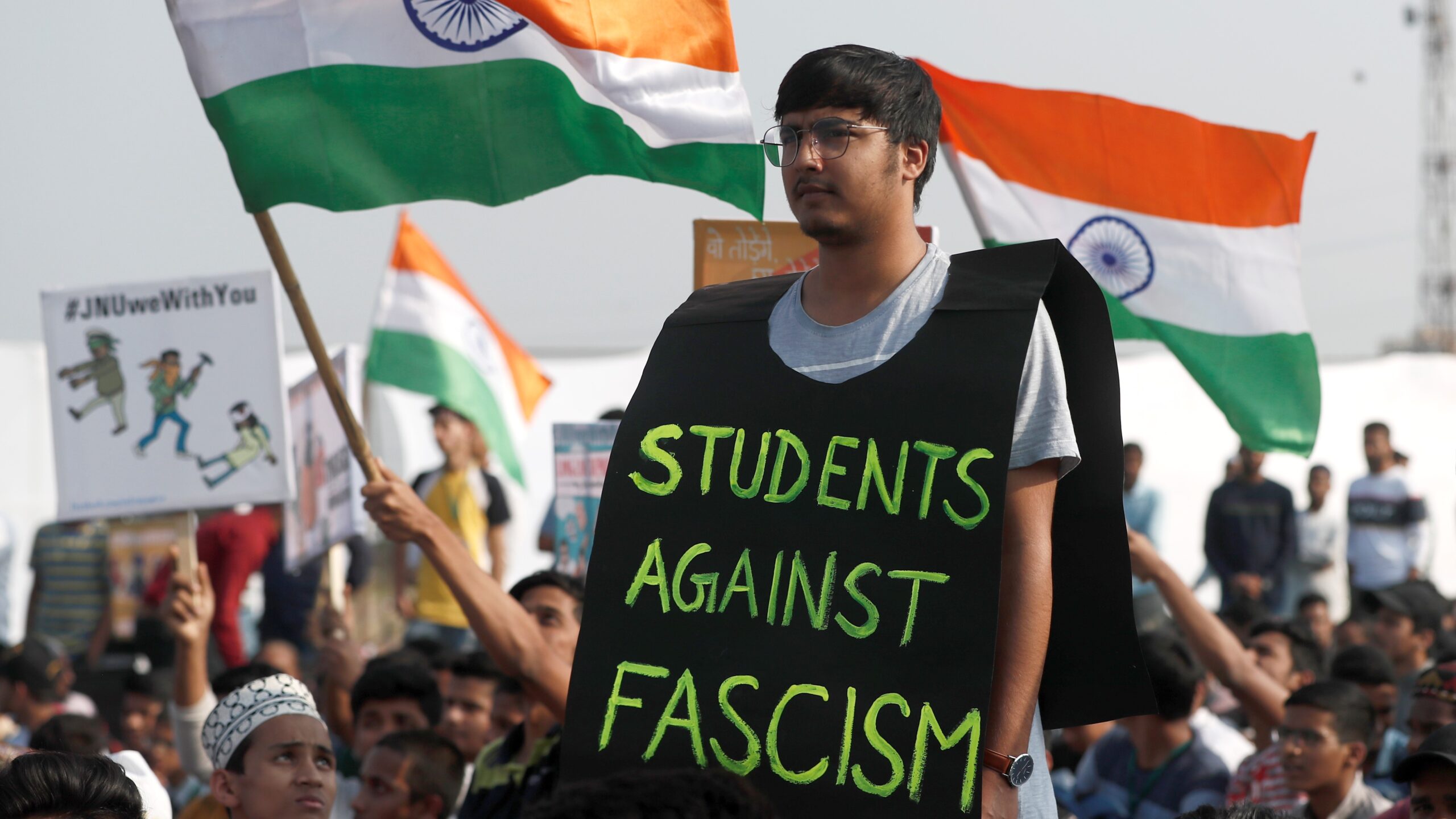 University students in India are taking to the streets to protest against the Citizenship Amendment Act (CAA) and nationwide enactment of the National Register of Citizens (NRC).

The CAA allows Hindu, Christian, Jain, Sikh, Buddhist and Parsi migrants who have entered India on or before Dec. 31, 2014, illegally without a valid visa from Bangladesh, Afghanistan and Pakistan and have stayed in the country for five or more years to apply for Indian citizenship.

Students are among those protesting against the CAA due to its exclusion of Muslim migrants from these countries from citizenship eligibility.

The Indian government under the leadership of the Bhartiya Janata Party (BJP) argues that the migrants from the six faiths have continuously faced discrimination and persecution in Muslim-majority countries, and India is obligated to offer them protection.

The pitched protests against the Hindu nationalist government of Prime Minister Narendra Modi, elected in 2014, have left dozens killed.

Students of many universities including Jawarharlal Nehru University (JNU), Jamia Millia Islamia University and Aligarh Muslim University (AMU) experienced the use of force by police during peaceful protests organized at different parts of the country.

A number of unidentified men armed with stones, iron rods, sticks entered the JNU campus and attacked around 40 students and teachers and destroyed property on Jan. 5.

He told Humber News the government has failed its duty towards the students and the attack was on the constitution and on those who are trying to create a better India.

“Police have never treated criminals like the way they’ve treated students in the past few days who are silently protesting against an act which is biased towards one religion.” Pandey said.

The left and right-wing student unions are blaming each other for the attacks, while the central government has not made an official statement on the incident.

Many universities in New Delhi, Hyderabad, Uttar Pradesh, Assam and Tripura are shut down and students are speaking out against the attacks on students.

“The act is ‘unconstitutional’ and we stand against the police brutality.” said Jyoti Pawar, a first-year student at Jamia Millia Islamia University.

She told Humber News due to ongoing unrest in the university, final exams were postponed three times. Those postponements delayed the whole new admission schedule.

Students can be a decisive voter demographic and are often considered as the game-changers of Indian politics. The student unions within these universities are politically active, and they are often targeted by political parties to promote their agendas.