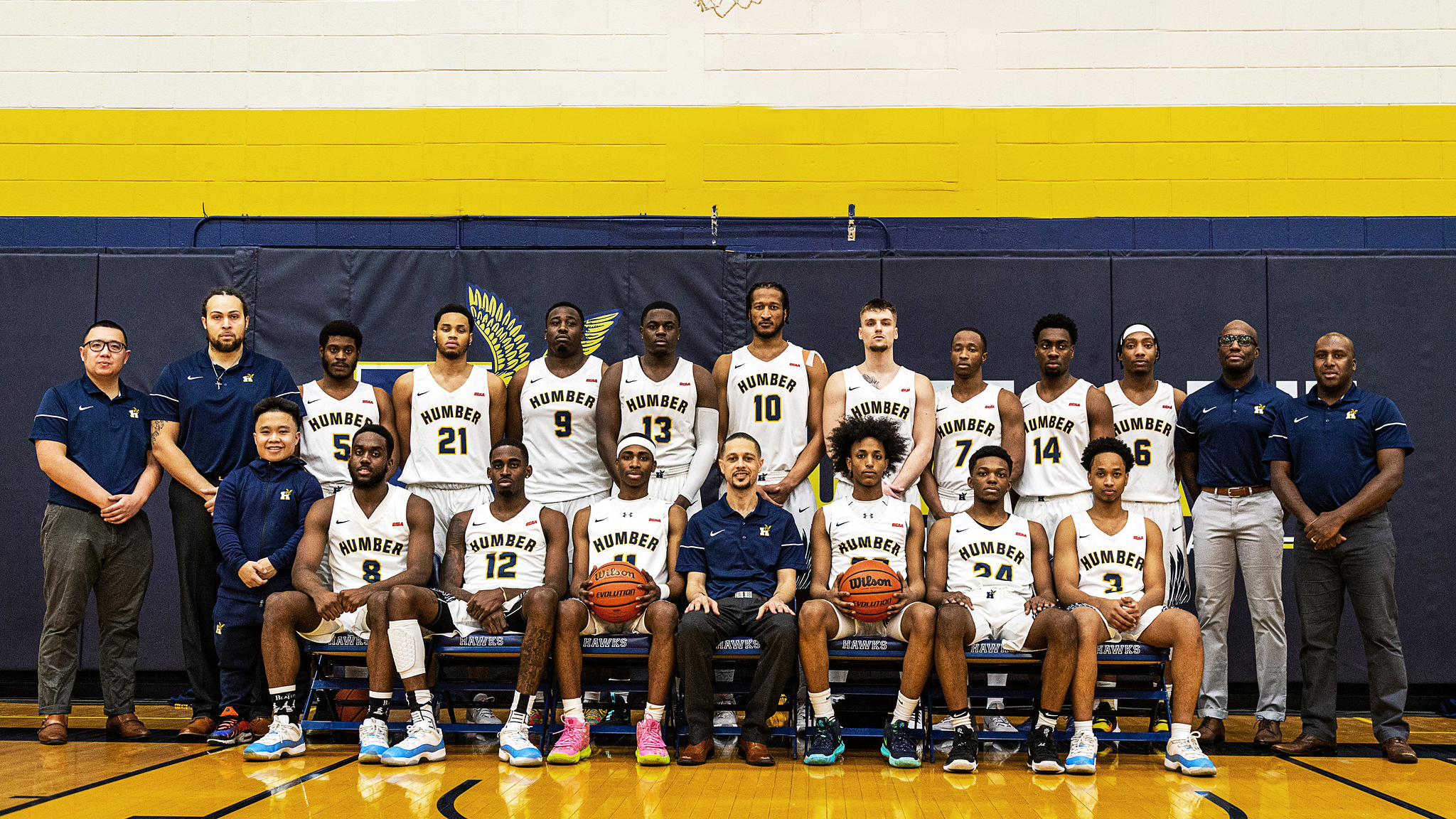 Students and faculty at Humber College were still talking on Friday about the men’s basketball program extending its winning streak to 10 when they defeated the Mohawk Mountaineers, 114-100.

A lot of the talk was about Jaylan Morgan and the career-high 40 points he put up in the game on Wednesday.

“He was very efficient and consistent on the night shooting 15 of 17,” Ray Chateau, Director of Athletics, told Humber News on Friday. “When he got to 38 with a couple minutes left in the game, the team and the fans realized he could get to 40.”

For the fans, it was an exciting game from start to finish, and this is a big accomplishment that Morgan will be able to add to his resume going forward.

“We were all cheering him on to 40 points. There were a couple plays where we needed to find him with the pass and get him the shot and we didn’t, which was unfortunate. He made 40 on his last shot,” said Chateau.

With this win against Mohawk the Hawks move into third place in the OCAA West Division and two more members have reached career milestones.

“This team has a lot of hard workers, whether we’re getting shots up together on our own time or just competing hard in practice,” third-year guard Jordon Francis said on Friday.

Hawks guard, Fowzi Mohamoud became the 35th member to join the 500-point club and DeQuon Cascart has landed a top 10 spot as an all-time leading scorer.

Humber welcomed a lot of the new faces to the team this year, and after a rocky 0-4 start to the season, they have seen nothing but success.

“Our team is very deep, we have a lot of new guys that can contribute by hitting shots or defending at a high level,” said Francis. “It hasn’t been that hard to adjust because we like sharing the ball and playing for one another, so the game becomes easier.”

In their last match up, the Hawks dropped their third straight game, losing a tight battle with the Mountaineers, 82-80.

“Everybody knew that this game was really personal for us,” said Humber captain DeQuon Cascart. “First semester we went 0 and 4 and they were talking a lot of smack after the game so this was a redemption for us.”

Leading scorer, Jaylan Morgan had the best night of his career as a Hawk, shooting 88.2 per cent from the field, including six of eight from the three point line.

“I was feeling good,” said Morgan. “My teammates put me in a great position, a great spot. Without them and the coaching staff I wouldn’t have dropped 40.”

It was anyone’s game in the beginning, but Mohawk struggled to keep up with the Hawks dominant offence and ended up trailing by 16 at the end of the first quarter.

Morgan scored close to 50 per cent of his points in the first half, finishing with 19 points going into the break.

“We’ve got to keep working hard, every day in practice, playing for each other and playing for this beautiful environment,” said Morgan.

With this game, Jaylan Morgan became only the third member in Humber history to record 40-plus points in a game.

While Morgan was a stand out in the game, he didn’t do it alone.

Jordon Francis, is back on the roster for this semester, and the team is happy to have him back in game action.

“We’ve got a lot of pieces back and it’s really helping us second semester,” said Cascart.

Francis also had a stellar night, as he finished with a season-high 22 points while also adding three rebounds and three assists.

“It felt great to be back on the court,” said Francis.

Humber men’s basketball will be back on the road Saturday for their next game against the Fanshawe Falcons.