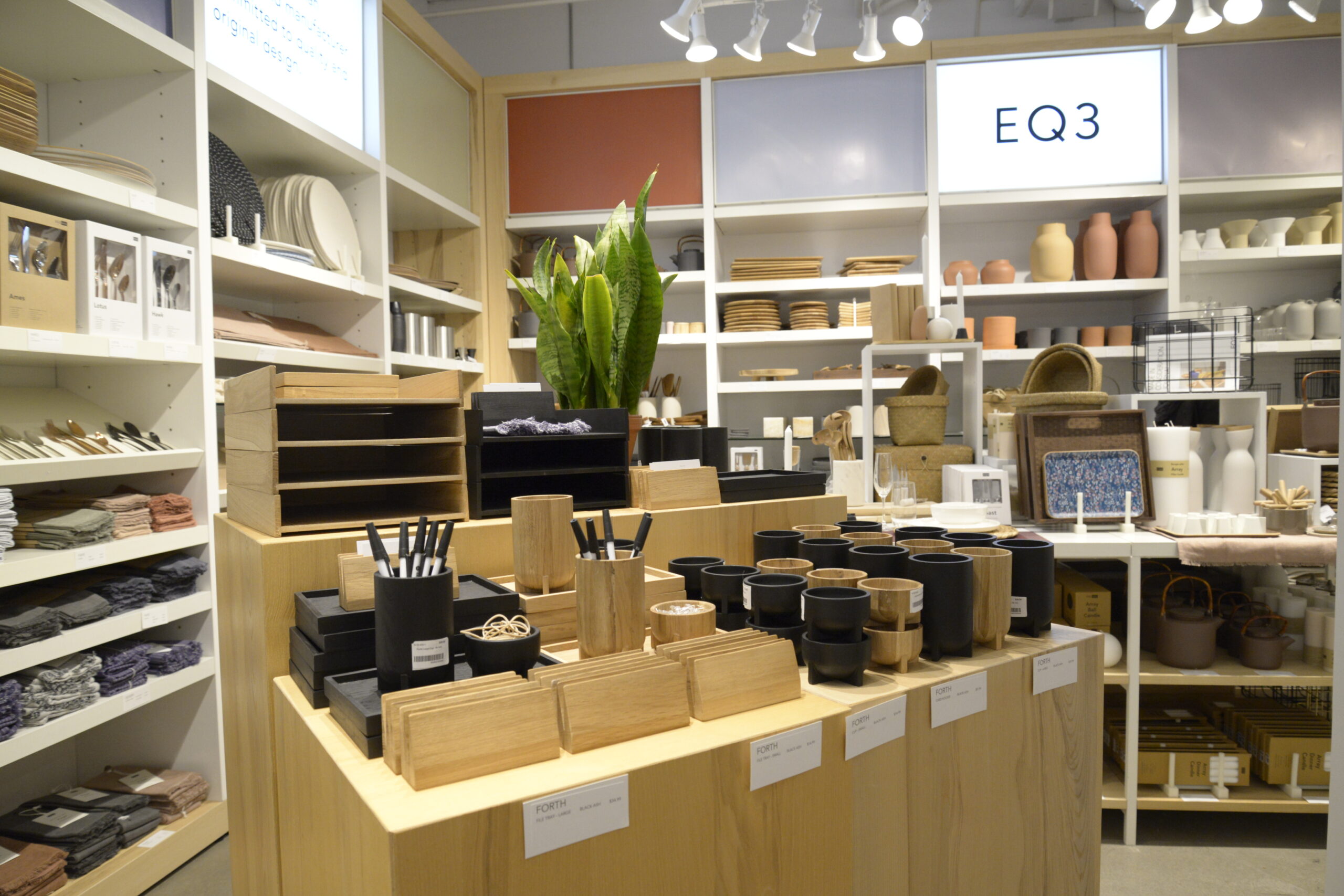 It was one of winter’s coldest nights this Monday when friends of Anony and Castor waited in line at the EQ3’s King East showroom to celebrate arts with DesignTO.

The door finally opened to what seemed like a hub for innovative new installations designed and produced collaboratively by Anony and Castor, two Toronto-based design studios.

It was one of the more than 100 exhibitions and events that DesignTO, Canada’s leading non-profit arts organization, is hosting this year to celebrate its 10th anniversary.

Anony collaborated with EQ3, a Canadian based home goods and furniture company, to showcase their lighting installation called the ‘Row Collection.’

The design is modern, clean, and sophisticated with table, floor, and pendant lighting that juxtapose black metal bases with opal glass lamp heads.

Christian Lo, co-founder of Anony, said design can sometimes take a very long time, it can take a year, many years or it can just be an idea that sits in your sketch book.

She said everything in the design is hidden and clean but it’s actually made up with a lot of parts that are facetted together.

“At Anony, we try to pay attention to the life cycle of the product,” Lo said.

She said parts of the product can be disassembled and recycled, although she doesn’t encourage it.

“You can give it a new life if something ever happens,” Lo said.

“That’s kind of our philosophy,” she said.

Lo said that a huge challenge as a lighting designer was to future-proof your design given the fast-paced advancement in lighting technology.

“You are designing one, two, three years ahead so we really had to see what’s going to resonate in the future,” she said.

“We tried to trim a lot of the excess, get rid of the unnecessary ornamentation and focus on the function of the object,” Lo said.

She said that in doing so it helps to stay safe away from the on and off trends.

While Anony keeps it functional and minimal, Castor, on the other hand, finds new ways to experiment with familiar materials, processes and techniques.

His collaborative effort with EQ3 is the ‘Mirror of Constant Width,’ which is based on the geometric theory of constant width.

Brian Richer, designer of Castor, said that his designs were inspired by the shape.

Richer reveals his fascination of embedding science and math into Castor’s designs.

He said that he was just tired of designing things.

Richer said that he wanted to learn the world and its principles.

“I want to know what it means and then apply it to my design.”

He brings humour and playfulness in his work, he said.

“You’re not changing the world with this god damn mirror,” he said.

He said that his next big project which seems to be in line with his playful approach to design.

“We have a pretty big contract with Seth Rogen so we have been designing with him,” Richer said.

He said that he will be pitching movie ideas to him while he is at it and laughed.