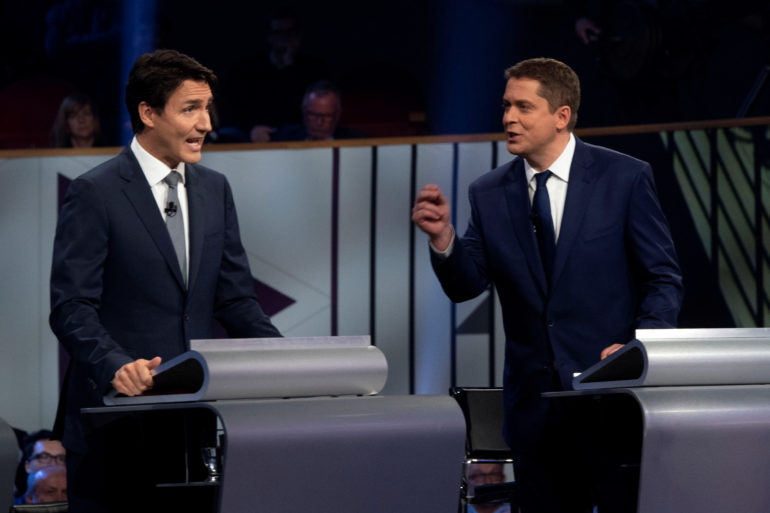 The Liberals are leading or elected in 155 ridings, while the Conservatives took 122. The Bloc Québécois have 32, the NDP have 25, while the Green party won three.

Justin Trudeau missing the majority mark of 170 seats could mean some backroom shuffling between the Liberals and the opposition parties, most likely the NDP.

If they choose to, the NDP could also push certain policies. For an example, the NDP could urge the Liberals on the implementation of national Pharmacare in exchange for support.

NDP Leader Jagmeet Singh raised the prospect of a coalition with the Liberals, which would result in the two parties binding together. Singh said he is open to working with every party except the Conservatives and while Trudeau said during the election he wasn’t contemplating a coalition, practicality may prevail for the Liberals.

“He doesn’t want a coalition and I’m sure he doesn’t want the NDP in his government,” said Nelson Wiseman, a U of T Political Science professor.

Trudeau will only leave office if Parliament is recalled and the House doesn’t have confidence in him in a minority government. He could also be ousted if the party loses a vote on a budget bill or on the Speech from the Throne.

A minority government occurs when a party wins the most seats, but not a majority, and forms the government.

The Conservatives garnered 34 per cent of the popular vote while the Liberals received 33 per cent, the NDP 15 per cent and the Bloc Québécois had eight per cent. The Greens took six per cent.

Scheer said his party “would expect that other parties would respect the fact that whichever party wins the most seats gets to form the government.”

He said the Liberals have no right to gain support from the NDP or Green Party. He also said the Tories won’t be asking for support from other parties.

Wiseman said a coalition will be highly unlikely.

“We ought not to get ahead of ourselves,” Wiseman said. “It’s a sexy story and a sexy word.

“But if you look at history, it hasn’t happened,” he said. “And it’s almost certain it won’t happen.”