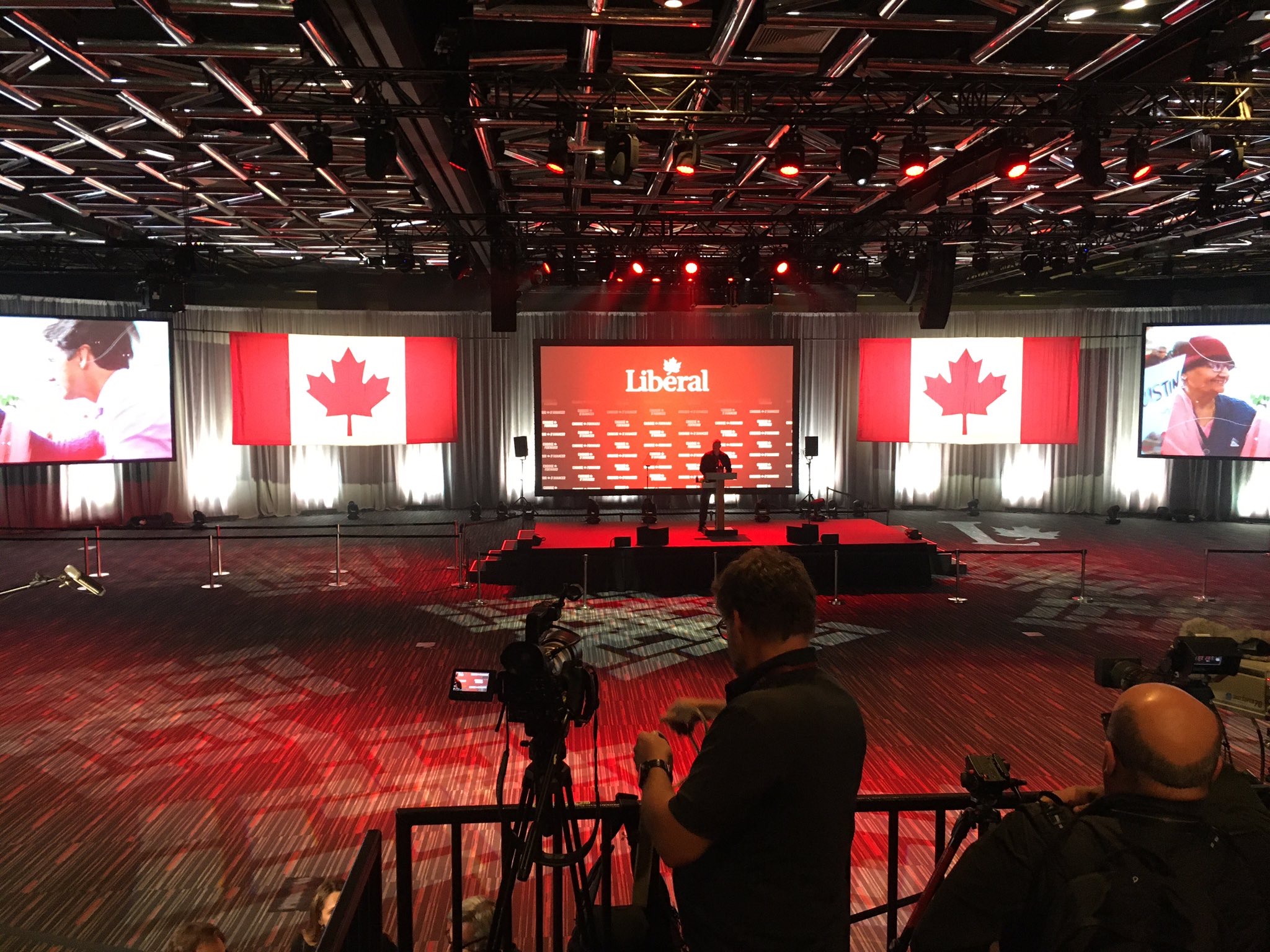 Liberal supporters in the Montreal riding of Papineau are awaiting what Justin Trudeau will have to say by the end of election night. Madison Raye

Liberal leader Justin Trudeau has won the the Montreal riding of Papineau.

The riding is one of the high profile races in the 2019 election.

The people of Montreal are very excited as cheers pour in with every Liberal seat won @HumberOnline pic.twitter.com/IvdfYUlSgS

Located in Montreal, Papineau is an electoral district home to over 100,000 people. Papineau is the second smallest electoral riding in Canada after Toronto Centre.

The riding has been held by Liberal leader Justin Trudeau since 2008 when he won the seat for the first time.

While Trudeau was a heavy favourite in the riding, he did not lack spirited challengers.

Magnon said he was campaigning to be a more locally-focused MP in an interview with Montreal’s Metro Journal. One of the concerns he outlined was gentrification.

“In Villeray, the effect of gentrification is already being felt. We must not expect to find ourselves in the same situation,” he said. “There are aggravating phenomena, where people end up no longer having the means to live in their own neighbourhoods.”

Pare said she’s lived in the neighbourhood for 17 years and was confident in her ability to beat Trudeau.

“I can beat him, otherwise I would not have introduced myself,” she said to CBC Radio.

Elections Canada reported that in 2015 the Liberal Party of Canada won the riding with 26,391 votes, which accounted for 52 per cent of all the ballots cast. Former NDP candidate Anne Lagacé Dowson finished second in the polls with just over 13,000 votes, 25 per cent of ballots cast.

None of the candidates who campaigned against Trudeau in 2015 returned for this election.