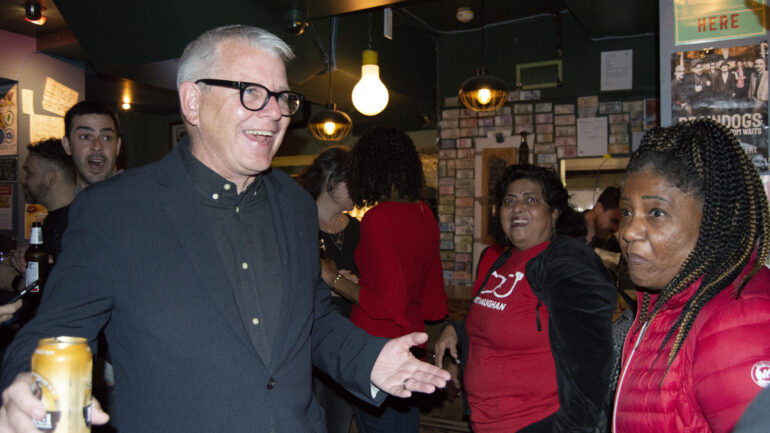 Liberal Adam Vaughan has been re-elected in the riding at Spadina-Fort York.

CTV News has declared that incumbent Adam Vaughan has been re-elected in Spadina-Fort York.

Vaughan is dominated his competition totalling 33,060 votes and had 55 per cent of the votes in his riding, the NDP’s Diana Yoon received 12,227 votes and Conservative Frank Fang recieved only 10,485 votes.

After being re-elected he said, “I’m glad to be back as an MP to continue work on what’s important and that includes indigenous housing.”He said being elected again feels good knowing there are real changes to come.

Spadina-Fort York is located in the heart of Toronto along Lake Ontario and includes the Toronto Islands. Surrounded by Toronto-Centre, Davenport, Parkdale-High Park and University-Rosedale, it has a population of 115,510.

The riding was created before the 2015 election from parts of Toronto-Centre and Trinity-Spadina.

Vaughan was seeking re-election after his close win in 2015 against the NDP’s Olivia Chow, the wife of the late Jack Layton and a previous seat holder in Trinity-Spadina.

Vaughan was first elected into the House of Commons in 2014 and is the Parliamentary Secretary to the Minister of Families, Children and Social Development (Housing and Urban Affairs).

While being elected twice to Toronto City Council, he was a major player in public housing reform and rebuilding and revitalizing housing stock.

For 20 years, Vaughan was a broadcast journalist for the CBC and CityTV, until deciding to enter into politics, focusing on municipal affairs.

As the incumbent in Spadina-Fort York, Vaughan and the Liberal Party plan to continue making progress in re-establishing a national housing policy and investing in the middle class.

This time around he plans to focus his attention on Indigenous housing.