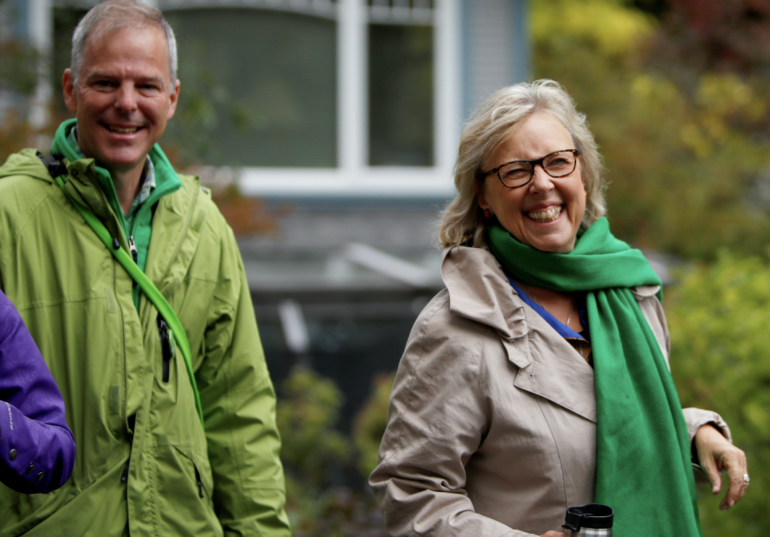 Green Party candidate David Merner and leader Elizabeth May during a campaign visit in Victoria, B.C., on Oct. 4. Kevin Light/Reuters

The Green Party had a historic election as they took three seats in the House of Commons.

More @CBCNews on the Green Party’s historic win in Fredericton. Jenica Atwin is the 1st federal Green to be elected east of B.C. https://t.co/BayKiDvpyN

Elizabeth May and the Greens have steadily increased their position in opinion polls over the years with their popularity going up nearly five percentage points, to 8.2 per cent from 3.5 per cent dating back to the 2015 federal election.

With the Green platform being centred around topics such as climate change, health care, Indigenous affairs and public safety, Canadians have begun to take notice of what the party is trying to do for the country.

The Green Party has only had two seats in the house of commons since becoming a party in 1983. May was the first Green MP,  being elected in 2011 and most recently Paul Manly was elected after winning a by-election earlier this year. Following this years election the Greens nearly doubled their amount of seats as they received three this election.

Canada struggles with climate change as it tries to protect the environment while relying on natural resources. The Greens platform states the party would cancel the Trans Mountain Pipeline, have all of Canada’s electricity come from renewable resources in the next 10 years, eliminate the production, distribution, and sale of all unnecessary single use plastic and restore the Canadian Environmental Assessment Act — a plan and decision-making process to ensure that environmental effects are considered before a project begins.

“There’s a red line in the atmosphere. We don’t know exactly where it is but (if) we go over it in terms of warming gases, we can unleash something unstoppable,” May said in an interview with CBC’s Vassy Kapelos.

Health care has also become a huge concern in Canada as nearly five million people doesn’t have or can’t afford primary health care. It has been a top priority in this year’s election as the Greens plan to introduce universal pharmacare, including dental care to national health care coverage and declare a national health emergency over the opioid crisis.

The Green Party’s platform was apparently noticed by voters as Canadians prepare for a minority government for the first time since 2011.