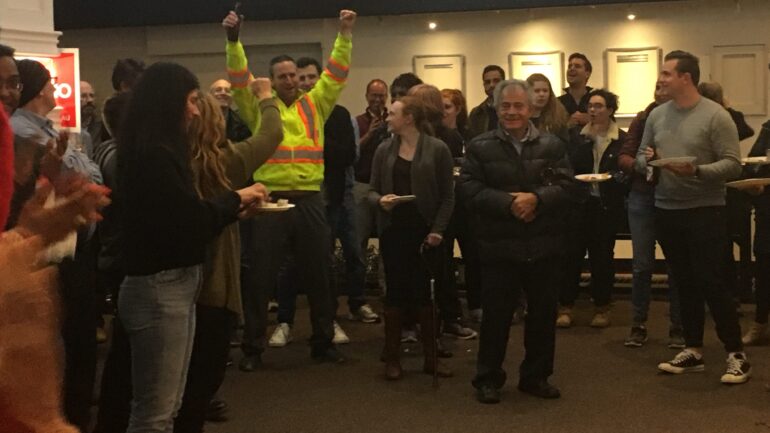 Incumbent Liberal Marco Mendicino has won the riding of Eglinton-Lawrence by over 5,000 votes.

With 94 of 212 polls reporting, Mendicino had 55.6 per cent of the vote while Conservative candidate Chani Aryeh-Bain was trailing with 29 per cent. NDP candidate Alexandra Nash was third with 9.6 per cent.

“I’m just bursting with pride because I know how much our team put into getting re-elected… I mean there’s just a lot of good hard work, tireless days and I’m so proud of our team,” Mendicino said.

Among ridings being watched in the GTA on Tuesday, Eglinton-Lawrence had been mostly held by the Liberals for decades. 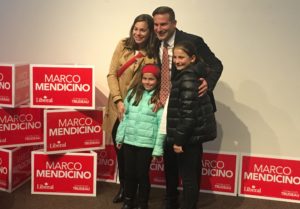 The riding is home to 114,400 residents with large Filipino and Jewish communities. The midtown riding spans from Highway 401 in the north intersecting Yonge Street in the East, the Canadian National Railway in the West, and is parallel to Eglinton Avenue West.

Excluding a single Conservative term by Joe Oliver in the 2011 election, Eglinton-Lawrence has stayed under Liberal control since its 1979 inception.

On a TVO Political Blind Date episode, Mendicino spoke of his support for Bill C71 presented by the Liberal government and aimed at creating stricter gun regulations and to keep illegal firearms off the streets.

“Mothers and fathers want to know that when their kids go to the playground or go school they’re okay,” he said.

An October article by CityNews cited 26 shootings with 42 victims injured in the Eglinton-Lawrence boundaries just this year, supporting the argument that public safety is a major concern in this riding.

Although Elections Canada Office offered early voting until Oct. 15 and advanced polling, there was still concern that the Oct. 21 election date conflicted with the Jewish holiday, Shemini Atzeret. The riding’s Jewish community consists of approximately

5,000 people including Conservative candidate, Chani Aryeh-Bain, who worried it may have deterred voters observing the holiday.

“We do not believe (Chief Electoral Officer Stéphane Perrault) balanced the democratic and religious rights of Jewish voters and candidates,” Aryeh-Bain said in a written statement to the Canadian Jewish News.