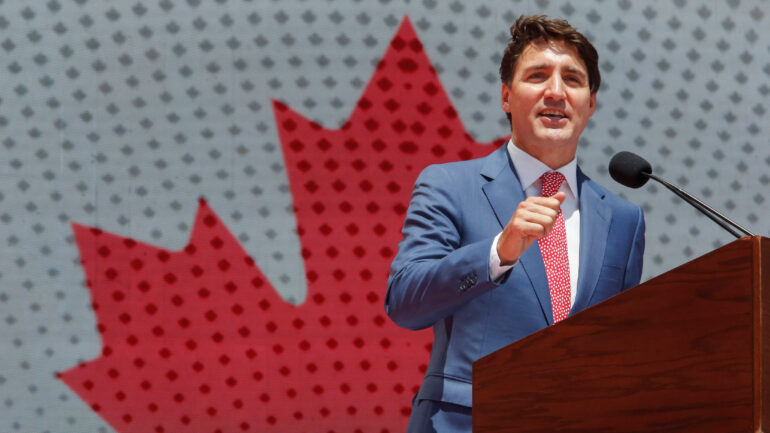 “A group called Engage Canada has been running all these ads identifying Ford with Scheer,” said Norman Wiseman, a political science professor at the University of Toronto. “It’s been a very rough month for the Ford Conservatives with the patronage scandals.”

“It’s not so much people flocking to the Liberals, it’s more people holding off on the Conservatives,” he said.

The poll did not contain entirely good news for Trudeau. A majority of Canadians, at 52 per cent, said “it’s time for a change in who leads our federal government.”

Just 24 per cent of Canadians surveyed said “the Liberals under Justin Trudeau have done a good job and deserve to be re-elected.”

“It confirms the Liberals aren’t as popular as they were,” Wiseman said.

In all of Canada, the Liberals still trail the Conservatives by five percentage points, 32 per cent to 37 per cent.

“My overall takeaway is that the Conservatives are still very well positioned to win the election. But the election isn’t on now, it’ll be another three months,” Wiseman said.

“Ontario is a very important part of the national scene but it’s not the whole story,” he said. “My overall impression is if we had an election today, the Conservatives would get elected. I don’t know if it would be a majority.”

For the other parties in Canada, the NDP has seen their support remain flat recently at 17 per cent support.

“It’s going to lose every seat in Quebec,” Wiseman said. The NDP currently has 15 seats in Quebec, more than from any other province.

The Green Party has picked up some support and was the choice of seven per cent of respondents in the poll.

“Whether that support will be there on election day is another issue. The Greens always run better in the polls than they do on election day,” Wiseman said.

The survey of 1,512 Canadian adult members of MARU/Blue’s online panel was conducted on June 26. The results are accurate to within plus or minus 2.9 percentage points, 19 times out of 20.