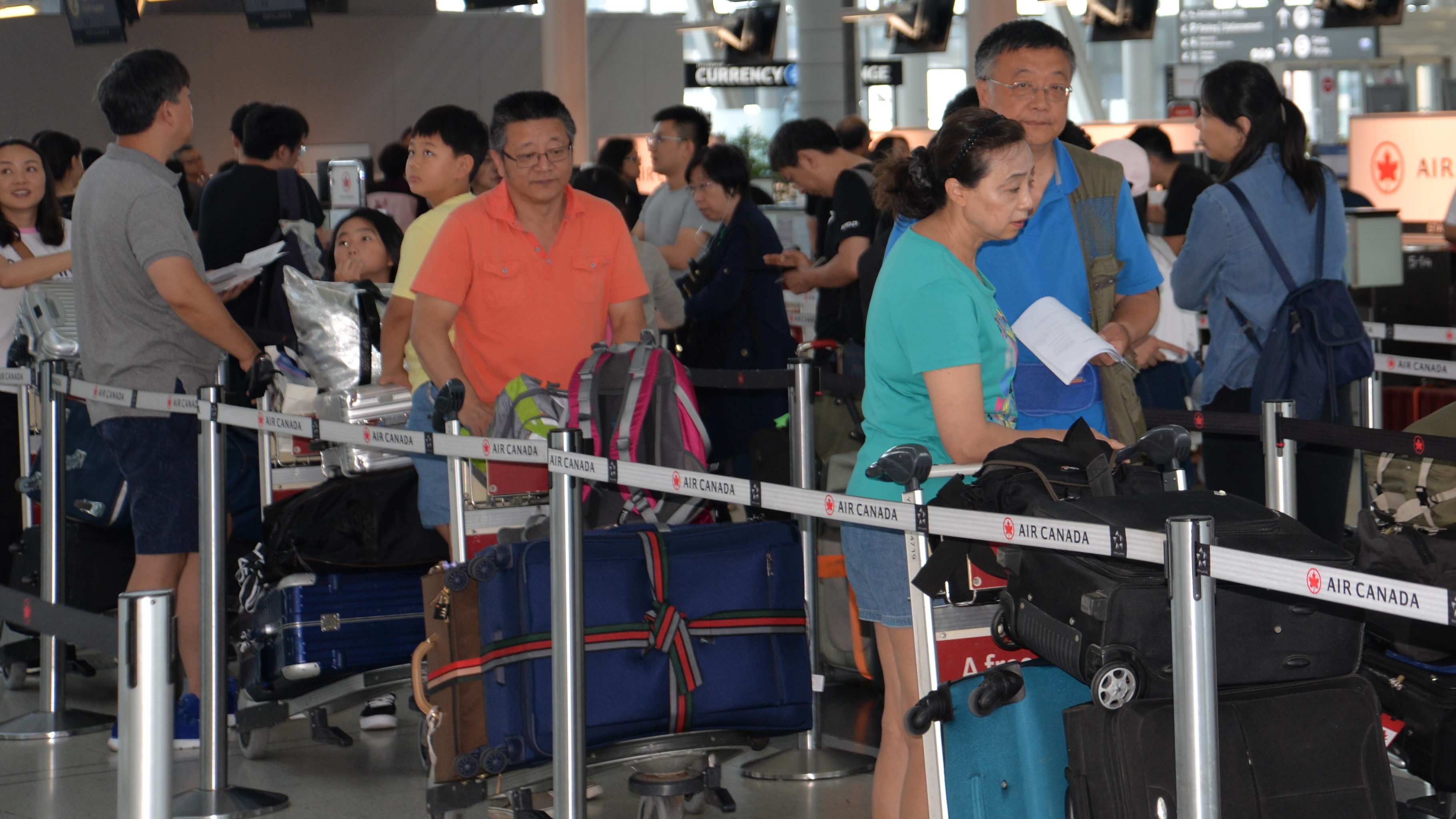 Passengers line up for check-in at Toronto Pearson Airport on Tuesday. (Caitrin Hodson)

The first phase of new airline regulations went into effect yesterday on all flights to, from and within Canada, including connections.

The regulations cover communication with customers, delays, overbooking, the removal of passengers due to overbooking, tarmac delays, lost baggage, the seating of children under 14 and the handling of musical instruments.

According to the Canadian Transportation Agency’s (CTA) website, the Air Passenger Protection Regulations were created by the CTA with input from the public, consumer rights groups and the airline industry.

But Gabor Lukacs, founder and coordinator of advocacy group Air Passenger Rights, said the government is trying to take credit for rules that aren’t really new.

And some of the regulations will actually have an adverse effect on airline passengers, he said.

“The rules that they are now putting out are making things worse in a number of ways,” Lukacs said, specifically referring to the new rules around tarmac delays.

The maximum amount of time an airline is allowed to sit on the tarmac before allowing passengers to de-plane has actually increased from the previous 90 minute limit, he said.

The new regulations allow for a maximum of three hours and 45 minutes on the tarmac.

However, the last 45 minutes are conditional and rely on the airline’s projection that takeoff will occur within that time-frame.

Mary Beers, a Minnesotan flying through Pearson, said the longest she sat on a tarmac was 90 minutes and “that was too long.”

Lorena Madsen, a traveler from Denmark, said the safety of passengers is most important and if that requires more time, so be it.

However, if the plane sits for more than one hour, the airline should have to provide passengers with food and water, she said.

Beers and Madsen have both had their bags temporarily lost in transit, but they were eventually returned.

“Baggage is the one area where I think the new rules are not causing any harm,” Lukacs said. “One could even say that they are doing some marginal improvements.”

While the old rules only required reimbursement on international baggage, the new regulations expand the requirements to domestic baggage as well.

But even with the new baggage rules, the requirements to get reimbursed for a lost bag are unrealistic, Lukacs said.

They want specific receipts for all of the items in your luggage, he said.

“Send me receipts for the underwear that you bought five years ago,” Lukacs said.

The real problem, he said, isn’t the airlines, but lack of enforcement from the government.

“You can have the best possible rules but if you don’t have enforcement it becomes quite pointless,” he said.