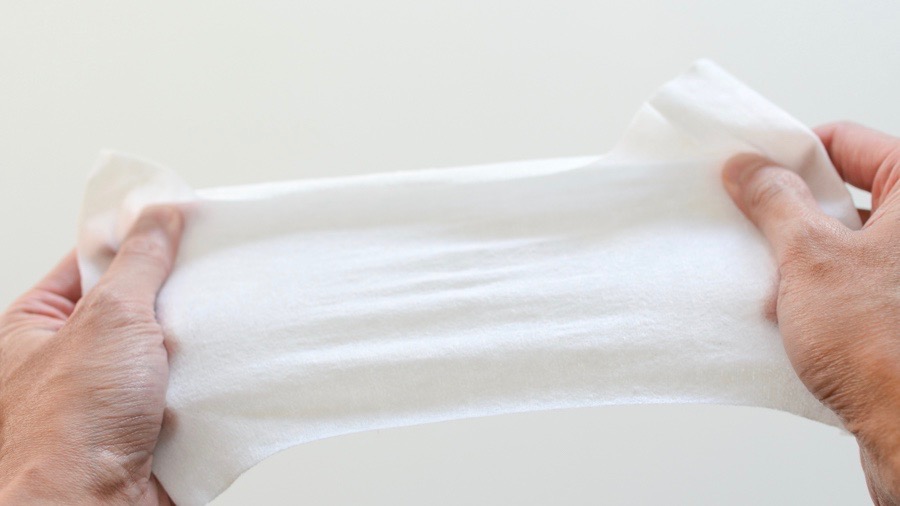 Baby wipes claiming to be flushable are harmful for sewer systems. A councillor in Markham is hoping to ban them. (Flickr/Your Best Digs)

Heath said wipes that are advertised as flushable are not actually able to be processed by the sewer system.

“It’s untruthful advertising that says these [wipes] are flushable,” he said.

Erin Mahoney, Commissioner of Environmental Services, said in a memo to York Region town councillors that about $1 million is spent every year by the municipal government on unclogging sewers of material that was not meant to be there.

“It costs every Canadian on average $7 in order to clean up what is not degradable,” Heath said.

York Region’s staff have found an increase in damage to wastewater infrastructure because of “inappropriate material” being flushed or washed down the drain, Mahoney wrote.

Of these inappropriate objects congesting the sewer infrastructure, undissolved wipes are most common, Mahoney said.

“Wipes wind around each other and combine with fats, oils and grease, and other foreign items to create large blockages,” she wrote.

Her memo said there was a corresponding increase in the number of calls to blocked sewer service lines between 2015 and 2018.

This trend makes urgent the need to intercept the objects before they enter the sewer system, the memo said.

There is a proper home for these unflushables: “Here in York Region, in our green bin, we take diapers and we’ll take these flushable baby wipes,” Heath said.

He said the city will take appropriate care of these items. Oftent, a baby wipe will end up as compost used in farmers’ fields.

Mahoney wrote there is “evidence from wastewater experts that wipes labelled as flushable may require several flushes and do not break down fast enough resulting in issues in wastewater infrastructure.”

What Heath recommends the word “flushable” not be used when marketing baby wipes, and that manufacturers put disposing directions on their products’ labels.

“All it takes is the manufacturer to change the label,” he said. 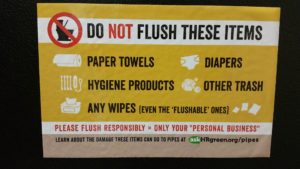 There are many objects that should not be flushed or poured down the drain. (Creative Commons/Eli Christman)

Heath is optimistic that by 2020 the ban on wipes will be in effect.

“We’re not attacking baby wipes. We’re just saying they’re not flushable — you shouldn’t say they are,” he said.

Heath is hoping larger municipalities such as Vancouver and Montreal take notice of what he is doing in York Region.

While the region might not influence a manufacturer to make changes, larger cities, when they take initiatives, will “direct and govern how the rest of Canada goes,” and this might impel corporations to make change, he said.