Waterloo unveils new light rail network – which cities are next? 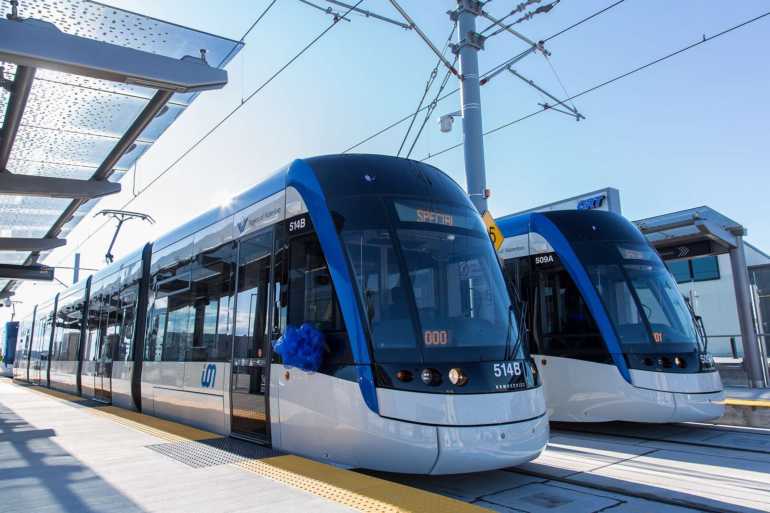 July 21 marked a historic day for the region of Waterloo and transit in Canada.

Ion, Waterloo regions Light Rail System, began operations last Friday, making it one of the smallest cities in Canada with such a system. This puts Waterloo under the same umbrella as Toronto, Montreal, Vancouver, Calgary, Edmonton, and Ottawa, all with rail lines.

Project talks began as early as 2000, but it was not until June 2011 when city council officially voted in favour of the project.

“I think it was more about trying to adapt for what was to come. They anticipated that another 250,000 people to move into the region in a matter of 20 years, so they had to put together this growth management plan…light Rail was the big thing that came off of that,”  Mark Pare, a reporter for Kitchener Today, said.

Pare had written a five-part story about the origins and tribulations Ion faced in the construction phase. He said that he looks forward to the new public train but others don’t share his enthusiasm.

“The cost of the train has been a sticking point for a lot of the residents here… it’s probably up to $868 million its cost the region here so far,” he said. 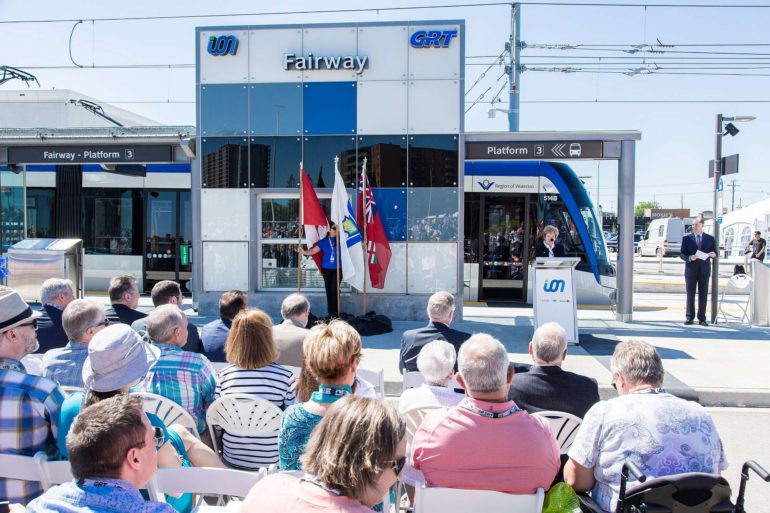 Regional Chair, Karen Redman addressing the public at the launch event for Ion. (Region of Waterloo)

Waterloo region is the tenth largest region in Canada, with a population of about 575,000, so there are regions in Canada more populous than Waterloo without a rail system.

In the GTA, York region, Peel region, and Durham region do not have a municipal rail system, even though these regions hold significant populations. Go Train services do run through those regions and they have their own municipal bus services.

Outside of Ontario, Winnipeg and Quebec City are major municipalities without a rail system.

Hamilton, with a metropolitan population of about 750,000, is in the early stages of constructing its own light rail system. They are in the bidding stages, with construction expected to be completed in 2024, according to Metrolinx, the managing company for the system.

Some of the benefits of the Hamilton Light Rail, according to the city of Hamilton, are to support city growth, provide transit for all, provide new jobs, reduce air pollution, to name a few.

If the benefits are so plenty, why don’t more cities have light rail systems?

“There is a very high sunk cost. The cost of starting the system is not something that can be spread out,” she said.

There is also a lot of politics behind starting a new transit system.

“It is just as much a transportation decision as it is a political decision. Constituents may suggest that there are other priorities in investing tax dollars,” Brail said.

When asked about why Waterloo was the most recent place to get public transit, Pare said that it was a priority for a rapidly growing city.

“We’re such a booming tech community that we have all these different companies coming in and they expect so many people coming in… with the forward-thinking, they want to make sure they have all the proper channels in place before they actually need them,” he said.