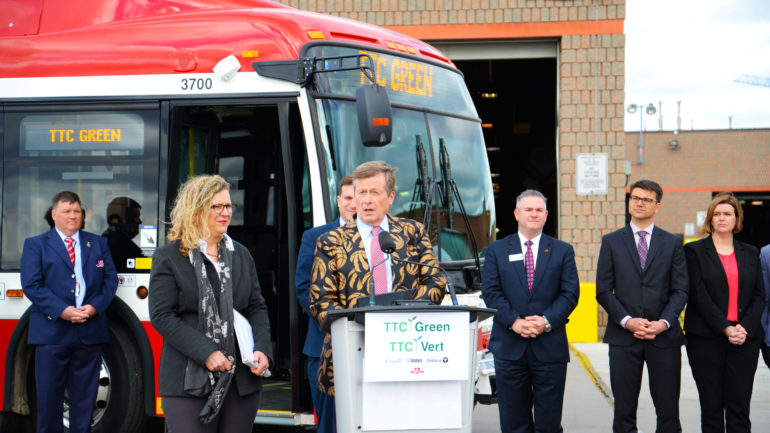 Toronto’s first all-electric bus was unveiled on Monday at TTC’s Arrow Road Bus division and was put in service on the 35 Jane route.

Officials see it as an important initiative to make the transit system in Toronto more sustainable and environmentally friendly. 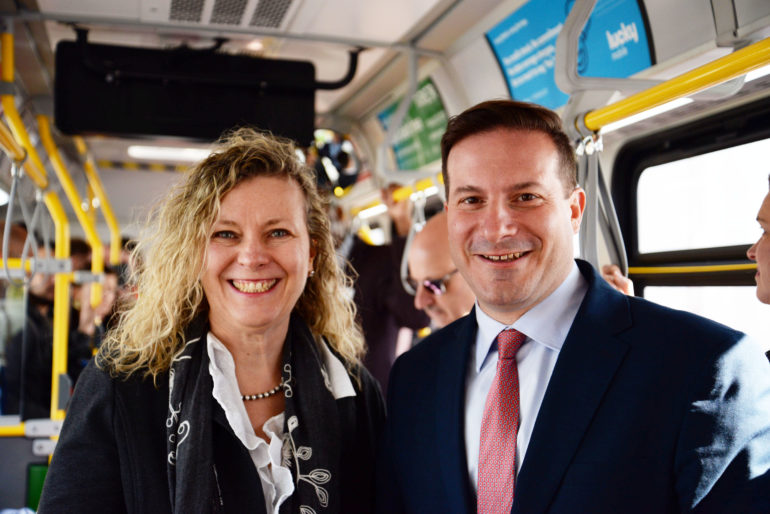 “It’s a historic day for the riders of the TTC. It’s also a big day for the environment and for climate change,” Mendicino said.

“The launch of this first eBus is an important step towards the TTC’s commitment to be 100 per cent emissions free by 2040,” Robinson said.

According to an inventory release in 2016, 35 per cent of the emissions in Toronto are generated by transportation vehicles.

“We’re really doing our best to reach our targets and we’re happy that we’re playing a role in making this whole system more sustainable, using the best and the newest technology,” Robinson said. “And also ensuring that we’re doing our best for the air quality in Toronto. So, it’s a move toward.” 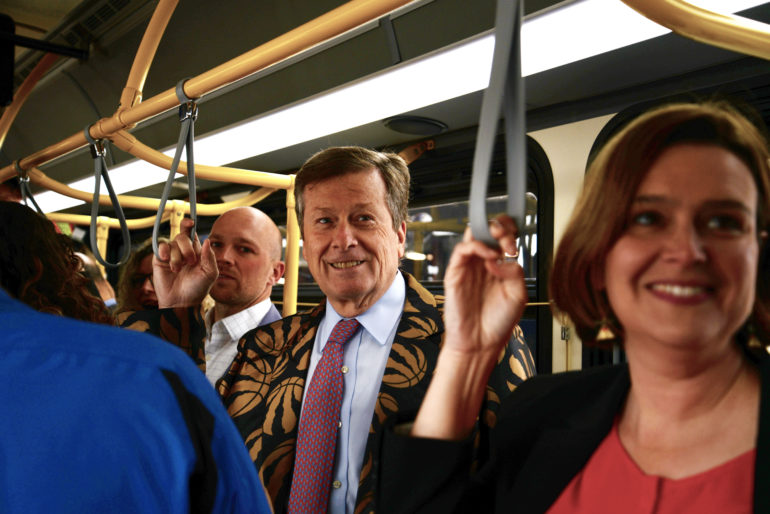 Mayor John Tory riding the electric bus with a group of the first eBus passengers on the 35 Jane Route on Monday. (Asmita Munde)

Bem Case, Head of the Vehicle Program at TTC, said that the only emission from the eBus is from the mechanical cooling system.

The eBuses are purchased from three qualified suppliers approved by the TTC board.

The first eBus on the streets was manufactured by New Flyer Industries Inc. In coming months, eBuses from Proterra Inc and BYD Canada Co. will be tested and put in service.

The eBus was delivered to Toronto in April and has since been undergoing vigorous testing before its launch.

The reason for having different qualified buyers is to ensure that the right buses are commissioned to fit the need of Torontonian commuters, according to the mayor.

“We want to make sure that the money is well spent on the purchase,” Tory said at the unveiling. 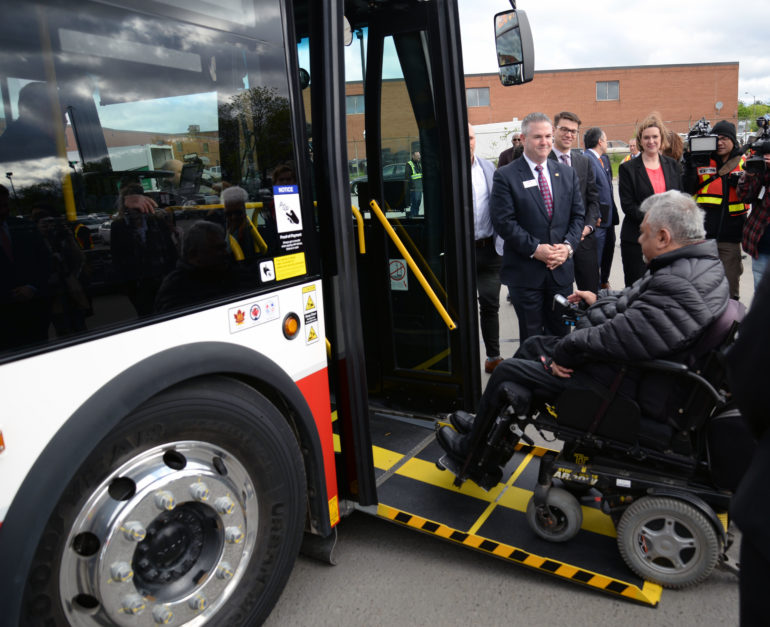 The first of many riders to board the eBus at the unveiling on Monday. (Asmita Munde)

He said that when larger purchases of eBuses happen, the testing of buses from the different manufacturers will fit the needs of the passengers who use them every day.

The Canadian government and the City of Toronto are investing $140-million to electrify TTC buses through the federal Public Transit Infrastructure Fund (PTIF).

According to a statement issued by the TTC, since 2016, up to $1.8-billion is being invested in Toronto through the PTIF.

The TTC now has clean diesel, hybrid, and all electric bus fleets in service. The eBuses will be deployed on routes that are 75km or less, though the buses have the capability to run for 200km on one charge.

The eBus has a 440,000 watt battery, that serves as a mobile power-plant. In case of emergencies and hydro-power outages, the battery from the bus can be used to power buildings such as hospitals to provide electricity.

The Arrow Road Bus division has been transformed to accommodate the eBuses and their related infrastructure including charging substations.

“Once these vehicles are delivered, the TTC will have one of the largest electric mini fleets in all of North America,” Robinson said.