Trust in media worse than ever, study finds 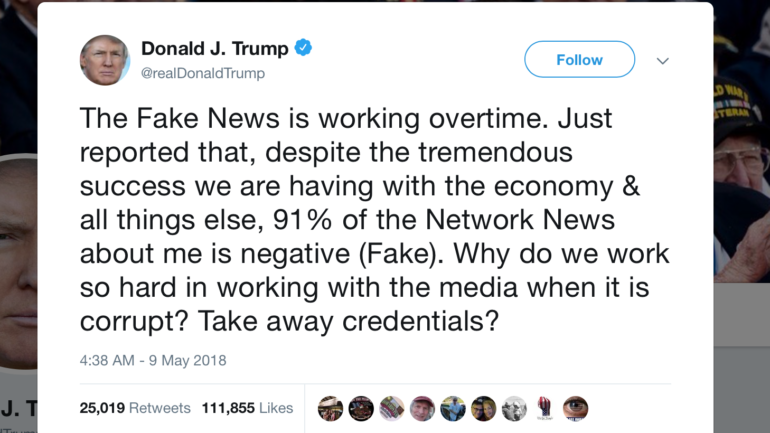 Canadians are growing increasingly suspicious of what qualifies as a trustworthy source of information, a study suggests.

The study, conducted by Ipsos Public Affairs for Canada’s Centre for International Governance Innovation (CIGI), found that 83 per cent of Canadians believe social media is responsible for fake news while 68 per cent blames mainstream media for the quandary.

“Fake news is a huge problem and while it is heartening that people are worrisome about the truth, there is no consensus as to what should be done about the issue,” Sam Andrey, Director of Policy research at Ryerson’s Leadership Lab, said.

However, the report, which interviewed 25,229 internet users across 25 countries about instances when they encountered fake news, did not specify the basis on which respondents decided what constituted a fake news report in the first place.

“It could be a Toronto Star article that doesn’t encompass all facets of a story or a doctored video, people have different definitions of fake news,” Andrey said.

Fen Osler Hampson, director of Global Security & Politics at the CIGI, said the report was made under the assumption that their respondents were aware of what fake news means.

But, Andrey said defining fake news is central to the issue.

“People could consider a news report that does not fit their ideological perspective to be fake,” he said.

The study found that although respondents were highly skeptical of social media, only six per cent subscribed to traditional media to counter fake news.

On the contrary, the report said 11 per cent of the respondents withdrew their subscription out of the fear of fake news, which then raises the question: are people refraining from getting informed?

Hampson said he believed people’s reluctance towards using traditional media has more to do with subscription fees. On the other hand, people’s skepticism wouldn’t impede them from using social media, he said.

“It’s like drinking coke. You know it’s bad for you but you would drink it anyway,” Hampson said.

“It is unfortunate that Canadians are coming to mistrust mainstream media because when you take CBC or Globe and Mail, you have journalists working for those organizations who understand the importance of ethics in journalism,” she said.

However, the report states that among all other mainstream media, Canadians trust the print media the most.

Only 35 per cent of the respondents claimed to have encountered fake news in a printed newspaper.

Andrey believed that there are a lot of gaps in the study which need to be filled. However, the report raises important questions.

“I think what this report does best is it tells us that we are ready for the debate.”