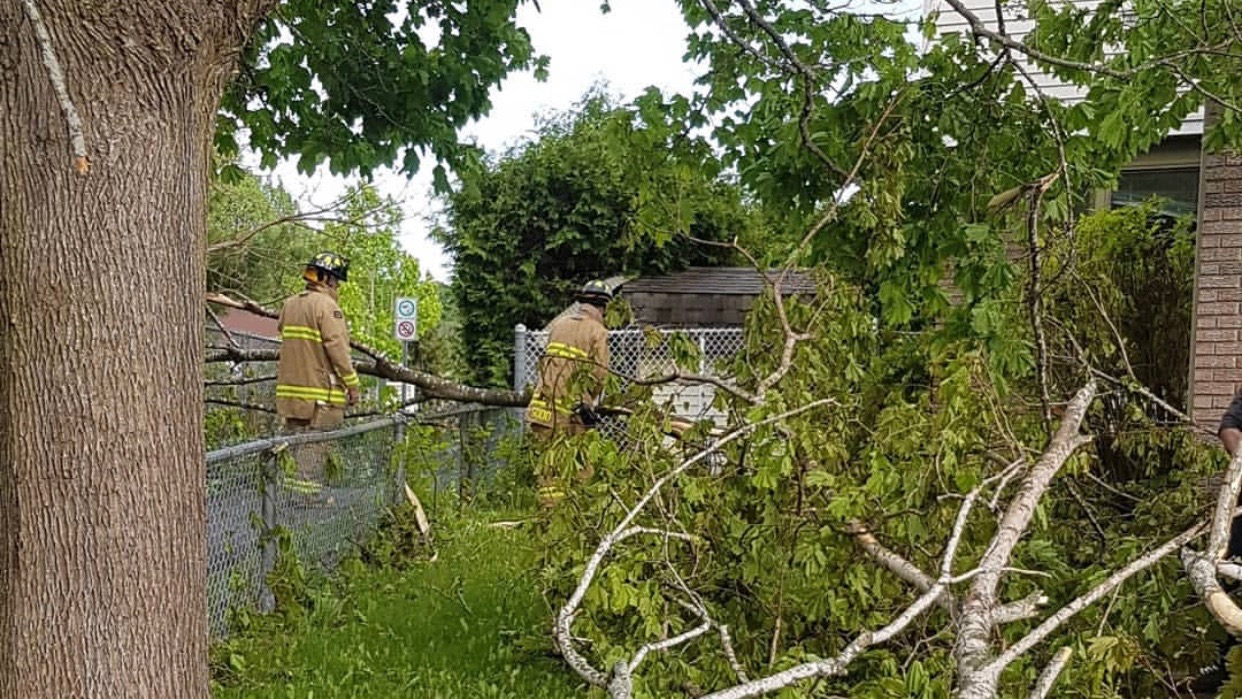 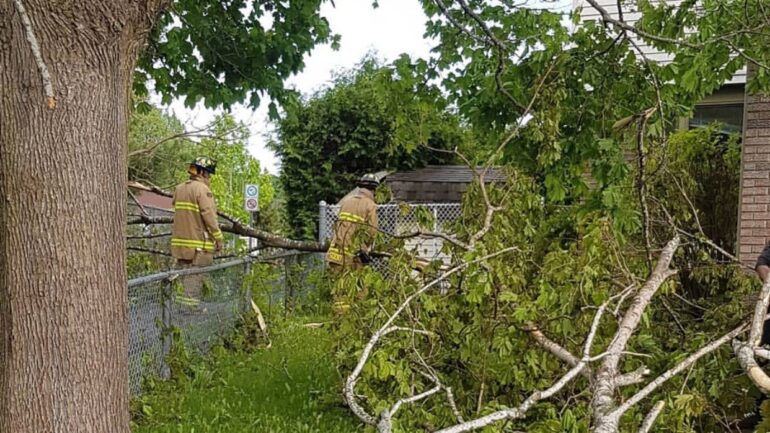 Rescue services helping to clean up the aftermath of the Ottawa tornado that hit Sunday evening. (Instagram/@Lindsayottawa)

Ottawa residents are continuing to clean up the aftermath of the surprise tornado that hit on Sunday evening.

Residents were hit with extreme winds as a low-end EF 1 level tornado ripped through Ottawa.

Peter Kimbell, a Warning Preparedness Meteorologist at Environment Canada, said he was at the gym when the tornado was actively hitting North Orleans, just outside the capital.

“I was at the gym basically 250 meters away from the path of the tornado when it happened,” Kimbell said. “I heard the fire truck sirens and then went out at about six o’clock and people were looking up at the sky and there was the tornado off the Northeast. It was a surreal sight to see a tornado so close.”

The tornado came as a complete shock to many residents who rely on their emergency phone alerts to warn them of extreme weather conditions.

Environment Canada issued a tornado warning at 6 p.m. in Gatineau, Que., Papineau, Que., and Prescott-Russell, Ont., as the tornado was already ripping through the area.

A tornado warning had not been issued in Ottawa until after it blew through.

“Sometimes it’s pretty easy to spot the precursors to a major tornadic event, but that is entirely different from forecasting a single tornado that occurred on Sunday evening and sometimes they can occur under very unique circumstances that are not easily forecastable,” Kimbell said.

Ten minutes down the road, Borland Street residents saw the tornado conditions hitting their neighbourhood right outside their home.

Jim Paquette, an Ottawa resident who has lived in the neighborhood for over 30 years, said it came right out of the blue.

Paquette said he was in his house cooking supper when he looked outside to see that his hedge and neighbor’s tree started to shake.

After watching the hedge being rapidly tossed around, he knew it was a tornado but didn’t know where it came from.

“There was no warning of any kind and then by the time [I] realized what [I] should do, it had passed through,” Paquette said.

Despite the tornado being rated as a level 1, the incident still held winds up to 135km/h.

The tornado came as a surprise to most North Orleans residents who did not receive a warning; the weather patterns earlier in the day were warm with some light rainfall and gave no indicators of what was to come that evening.

“From my understanding, there were two small connectives that could have caused this particular tornado. We will have to study in the days to come, but Sunday’s tornado was not a classic event” Kimbell said.

“We had a watch out two-and-a-half hours ahead of time and that produced seven tornados across the region, not just Ottawa,” Kimbell said.

Paquette said it all happened so fast that they didn’t enough have time to make it to the basement before it passed.

Some homes have damage on their roofs, with shingles and plywood that were swept away by the extreme winds. Others have minimal damage that the city is actively cleaning up.

The city of Ottawa has not yet determined the estimated cost of damages.

“By the time you get your thoughts organized for a bit, it was over. It was really fast, from start to finish, it was maximum 45 seconds at the most,” Paquette said.