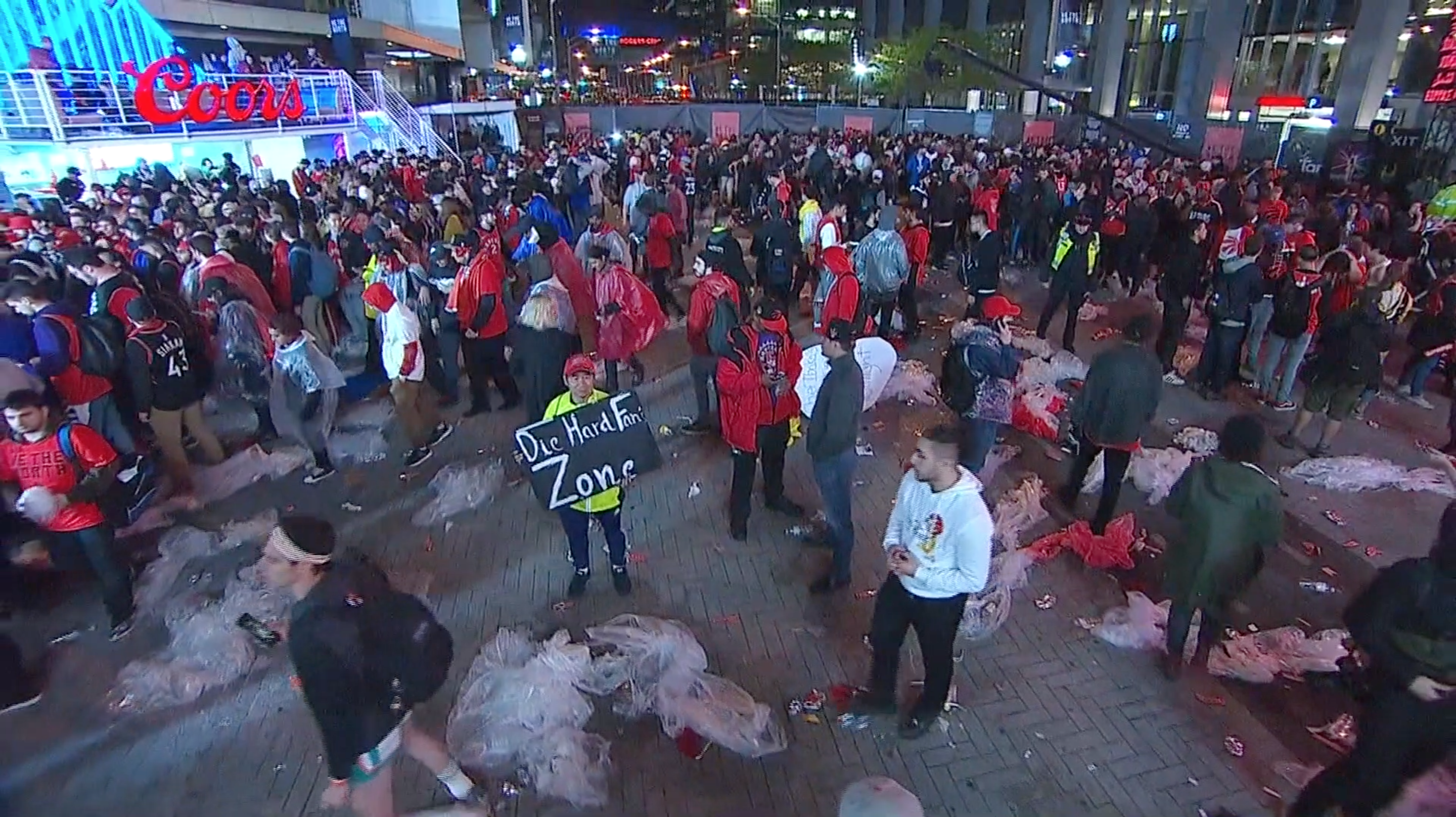 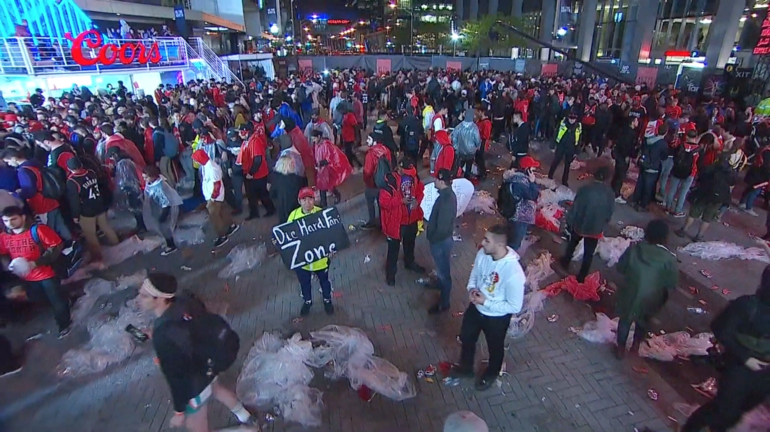 The Toronto Raptors almost clinched the NBA championship Monday night, but the Golden State Warriors won the game by one point to send the series back to Oakland for Game 6.

The Warriors came out on top of the Raptors with a final score of 106-105. Toronto still leads the NBA finals 3-2, and one more Raptors win would result in the team’s first-ever NBA championship title.

Jurassic Park outside Toronto’s Scotiabank Arena was packed full of fans eager for a win on home turf — some fans waited in line starting as early as Saturday evening to reserve a viewing spot some 48 hours before the start of the game.