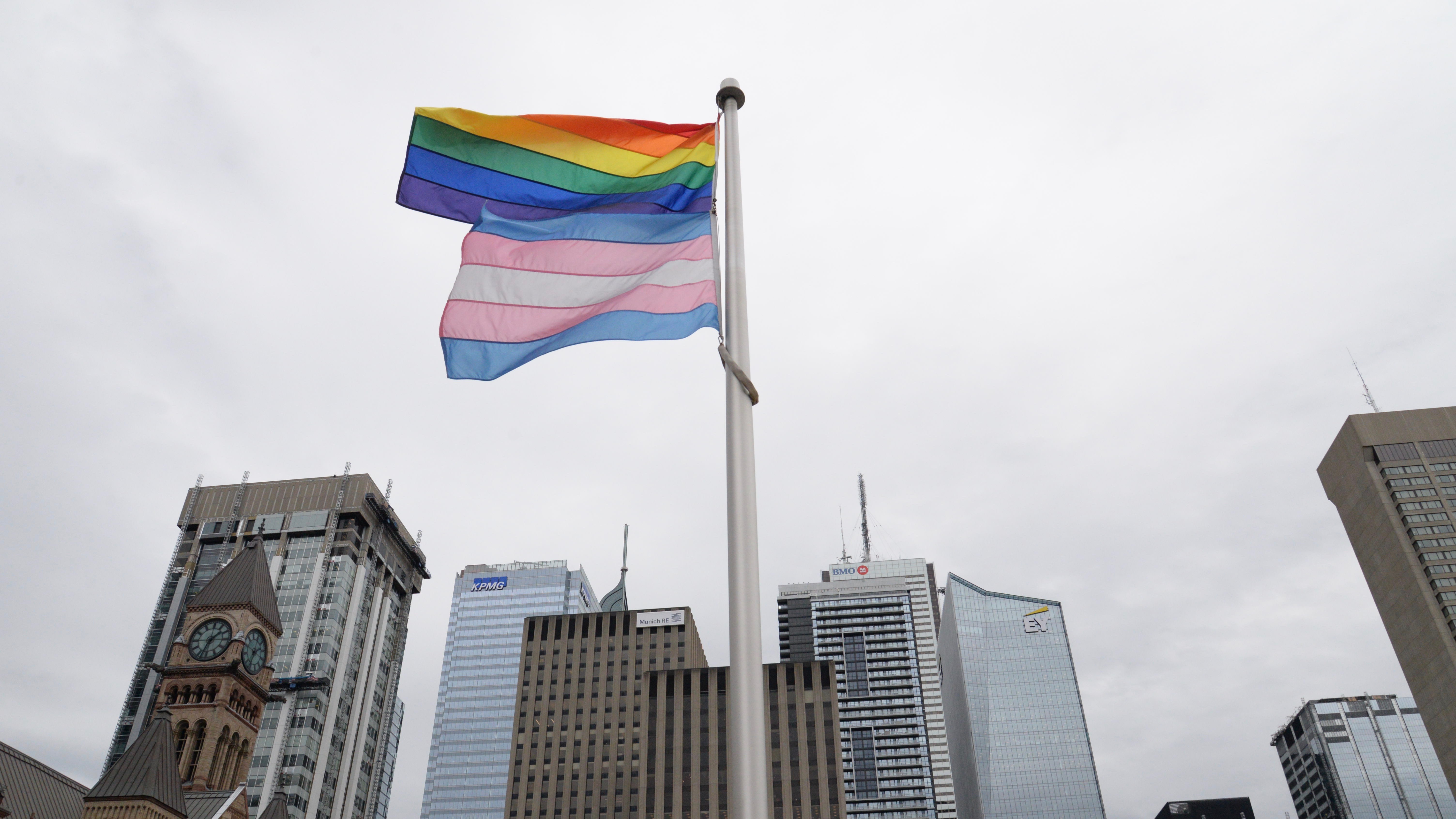 June is Pride Month in Toronto and across the world. To commemorate the beginning of a month filled with progressive discourse and celebration, Toronto Mayor John Tory raised the rainbow and transgender flags at Toronto City Hall this afternoon.

Tory said Pride Month is an enjoyable celebration, but also necessary to push progressive discourse further and to show the city’s desire to do more in addressing intolerance and discrimination that still affects the LGBTQ+ community today.

Toronto’s LGBTQ+ community continues to wrestle with the Bruce McArthur serial murders in the city’s Gay Village that went overlooked by the police and media for at least eight years.

“I took very seriously my responsibility as did my colleagues to work closely with the LGBTQ2+ community to fashion a process which will get answers to the questions which exist with regards to that unspeakable tragedy,” Tory said. 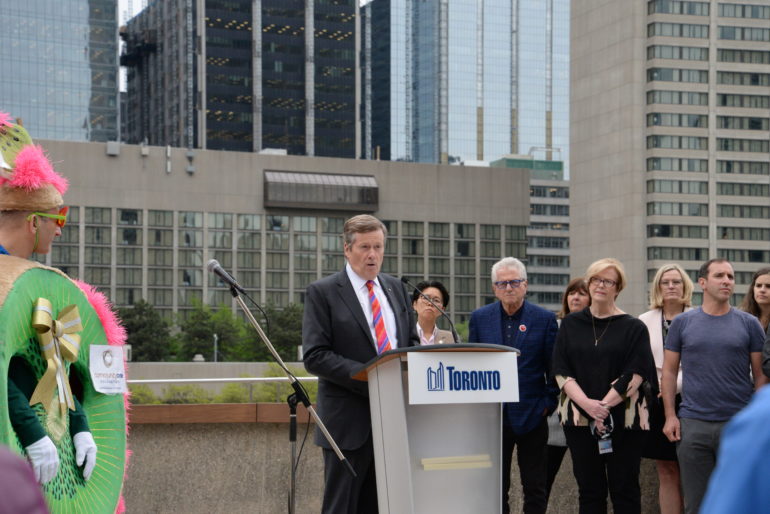 Toronto mayor John Tory speaking at the raising of the rainbow and transgender flags to begin Pride Month in the city. (Trang Tran)

“I have confidence for now in what I believe will be a trustworthy process led by Justice Epstein as a solid beginning,” he said. “Ultimately, it comes down to a rebuilding of trust … a trust that needs to be earned.”

The opening ceremony was attended by many who were looking forward to a number of Pride events that will take place during the month and to show support for the LGBTQ+ community.

“I think the city does a great job,” Paul Leuschner, the head of Visa Canada’s diversity and inclusion committee, said.

“It’s all about inclusion,” Leuschner said. “Could we do better? There is always an opportunity to do better, but I think the city tries and they do a good job.”

Martin Bates, a photographer for Pride Toronto, said Pride Month is a great occasion but wished people could be themselves year-round.

A two-spirited person has both a masculine and feminine spirit, which is used by Indigenous people to describe their sexual and spiritual identity along with their gender.

The month is packed full of parties, concerts, art exhibitions, film screenings, and, of course, is concluded with the Pride parade, which will take place on June 23.

Mayor Tory poignantly said he would be marching in the parade, which was met with applause from the crowd.

Ontario Premier Doug Ford already said he won’t be attending the parade claiming that he would only do so if organizers allow police officers to march in uniform.

Police officers are banned from marching in their uniforms as of 2017 because of concerns of racial profiling following a dramatic action by Black Lives Matter that halted the parade that year.

“I will proudly and happily with great fun [march in the parade],” he said. “I know I will be joined by all of these people here.”