NXNE music festival is more than just the music 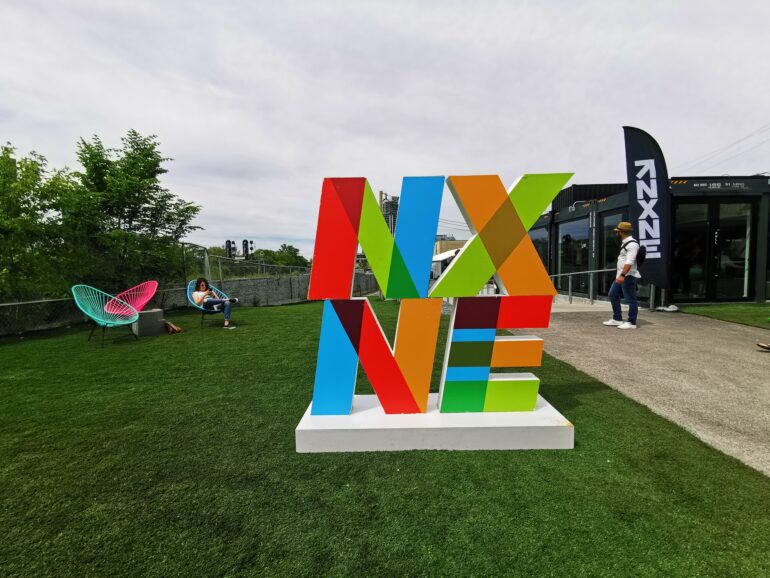 NXNE has kicked off this past weekend and it promises to be a place for all interests and music tastes.

Started in 1995, NXNE has always been a festival that highlights independent artists but has since expanded to include comedy, a film festival, and now eSports as well.

The name may sound familiar because it is affiliated with the renowned American conference and music festival, South By South West (SXSW). SXSW are minorities owners of the festival, and, according to festival co-founder, Michael Hollett, were the inspiration.

“Those guys are some of my best friends… I saw them start SXSW, and they came to Toronto and we agreed that there were similar qualities in Toronto that exists in Austin,” he said.

Hollett is the co-founder and editor of Now Magazine, which keeps him in touch with the music scene in Toronto. The festival is a way to share his love of music with everyone, and curate other attractions to complement the music.

“(NXNE) is a place to discover new music, its a place to get turned on to music you didn’t know you loved,” he said.

#nxne2019 ON THE COVER OF THE @TorontoStar 👏🏽🥳 #lookmom NXNE starts this weekend with Game Land and Club Land. Festival Weekend June 14-16! See you there! https://t.co/pK8l8UuWpO pic.twitter.com/BTXh1G9Sio

The lineup is a mix of large and small acts. The headliners perform at Dundas Square, for free, and smaller club-type venues host the lesser known artists, for a more intimate show.

“Larger acts create audiences for our smaller acts because they bring attention to NXNE… you might come to NXNE to see Santigold but you’ll see Moscow Apartment, and suddenly they become your favourite band,” Hollett said.

One interesting aspect of NXNE is Gameland, which is the esports competition, incorporated into the festival.

Ari Xenarios, senior director at Waveform and Humber College Alumnus, partnered with NXNE to produce a gaming aspect to the festival.

He said Gameland is a perfect inclusion to such an innovative festival.

“(NXNE) ultimately wants to be one of those festivals that isn’t just about music…  so incorporating gaming, because of how popular it is, it just made sense to expand that audience, because music fans are also gamers,” Xenarios said.

Both he and Hollett agree that there is plenty of cross over when considering music and gaming.

“People, when the game, listen to music, vice versa, musicians play games. You’ll find a lot of musicians get involved in gaming, like The Weeknd,” Xenarios said.

“Musicians who can’t make money through selling albums, like they used to, get song placement on games, get paid through soundtracks. I know a lot of careers that have been launched by having a song placed on a game,” Hollett said.

Overall, NXNE is a festival that is unlike any other because of their adaptability and willingness to try new things. It may have started from music and may continue to be about the music, but it has become something more than that.

The festival is running from June 7 to June 16, with events happening all over Toronto.