Gunshots sends crowd at Raptors’ celebration into a panic 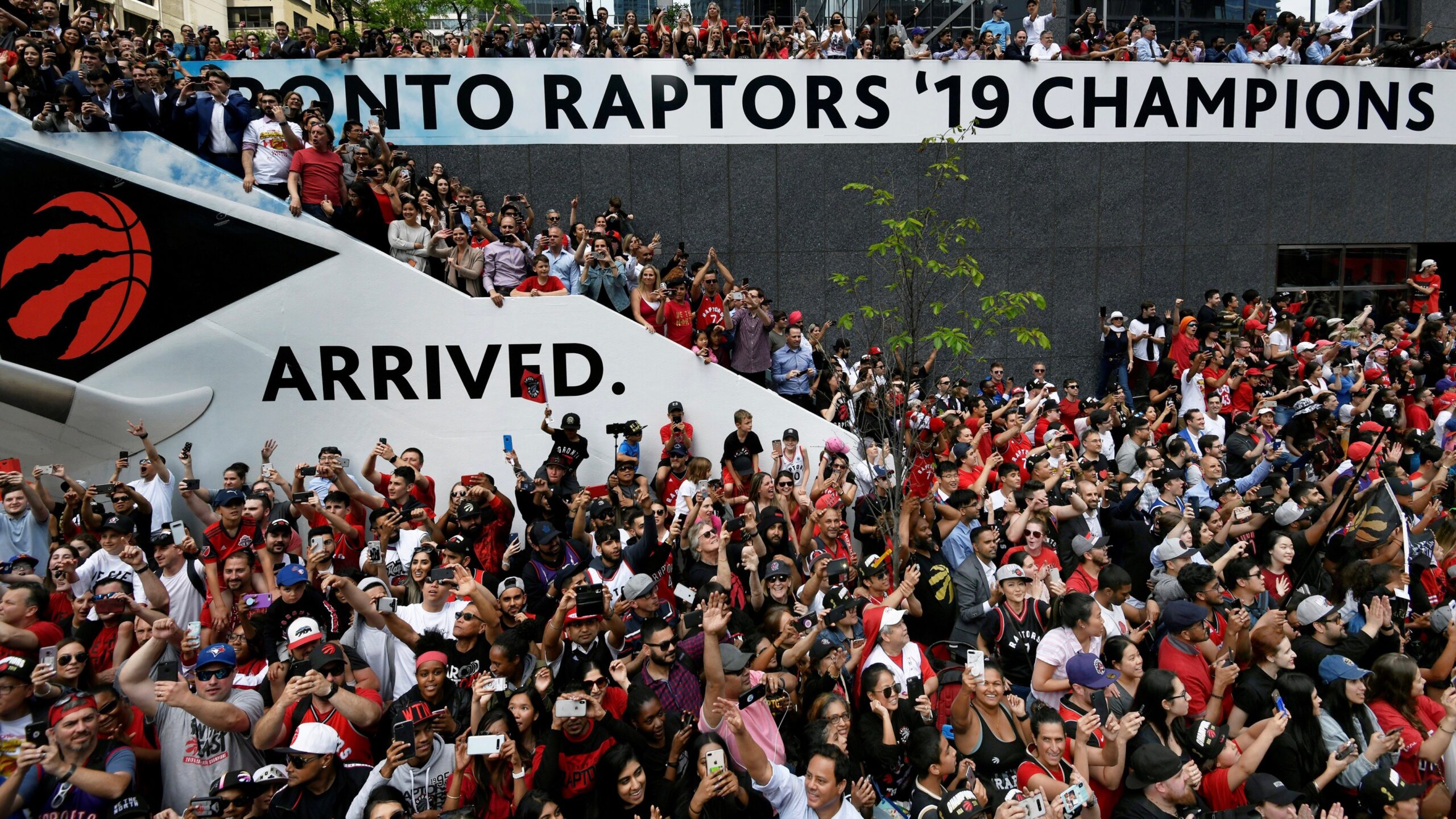 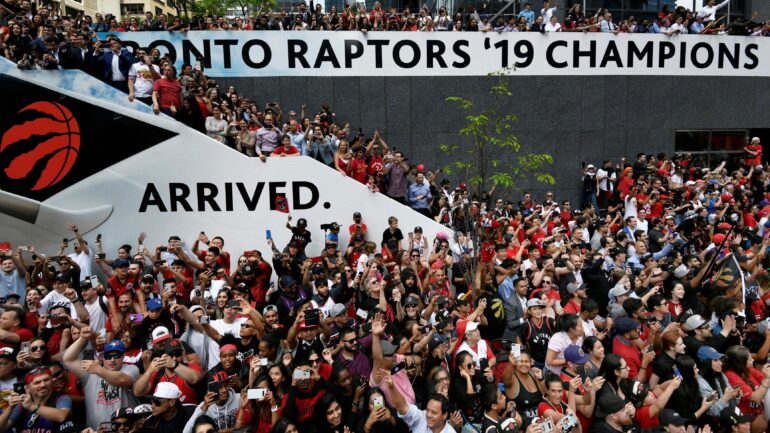 Fans fill the streets of downtown Toronto during the Raptors victory parade after defeating the Golden State Warriors in the 2019 NBA Finals, in Toronto on June 17. The celebration at Nathan Phillips Square was marred by gunshots that wounded four people. (REUTERS/Moe Doiron)

Waves of people were seen running away from the east side of Nathan Phillips Square at around 3:45 p.m. while about 100,000 people celebrated the team’s win over Golden State Warriors following a five-hour parade. Four people were wounded by gunfire. The injuries are not considered life threatening, Toronto Police said.

Three people were arrested and two firearms were seized but Police Chief Mark Saunders said Tuesday there’s evidence another firearm was used. He told reporters police are looking for a person of interest described as male white, up to six feet tall, has short brown hair and has a heavy build.

That man was last seen running west along Queen Street from Bay Street, he said.

Immediate fear struck Toronto resident Liz Quemada, a Ryerson University media production student, when she heard the shots. She was filming a passing airplane when the shooting erupted. Her video’s audio picked up the sound of four shots before the panicked crowd around her began running.

Literally was just recording the “King of the North” plane right before the shooting at the Raptors parade. We just wanted to celebrate in peace man. pic.twitter.com/r6QIGPsucD

“My friends and I were outside of Nathan Phillips, by the Real Sports Merchandise truck, in front of TD bank and the Thompson Building,” she said. “Since the shooting happened outside the Square, the people on our side were the only ones that heard the gunshots, and … people panicking because of the stampede of people.”

Quemada said she saw people around her getting trampled in the commotion.

Quemada said some people were hiding in nearby staircases, while others ducked into whatever buildings they could. She said she remained stuck in the streets with the crowd, in a state of shock.

“I kept trying to check the news to see if the shooter was still on the streets, but the signal was really bad,” Quemada said. “After 15 to 20 minutes, I saw an article about people being shot.”

Quemada and her friends headed for Union Station after making their way through the crowds where they took a  Go Train home.

“I have an apartment downtown, but I decided to commute back to Brampton with my friends because I didn’t feel safe,” she said.

Investigators are appealing that anyone with videos or photos from the incident to submit them through the portal http://www.torontopolice.on.ca/bayqueen/ or to call Crime Stoppers.

Quemada says she feels unsafe returning to her work at the Eaton Centre although police continue to investigate.

“I don’t think I can go to a parade or any big crowd anytime soon. I don’t even feel safe going back to work or and being downtown,” she said. “The sad part is, I almost had a feeling that something bad was going to happen. It’s just crazy to actually live it and be so close to where it all happened.”

Despite the chaos, Quemada said Toronto police and Matt Devlin, who was the MC at yesterday’s event, handled the crowd to the best of their ability.

“It could’ve been organized better but with the number of people there, they handled the situation well,” she said.