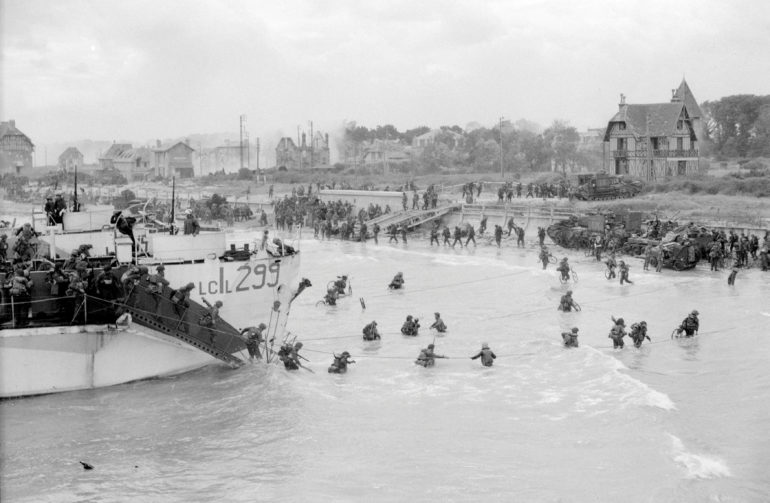 Today marks the 75th anniversary of D-Day, a pivotal turning point during the Second Word War.

On June 6, 1944, the Allied forces stormed the beaches of Normandy to launch the liberation of Europe and put an end to German Chancellor Adolf Hitler’s rule.

At the time, Germany had a stronghold in most of Europe for over four years.

The Allies, including Canada, Britain, and the United States, carried out the invasion code-named Operation Overlord, an operation that required strategic and detailed planning.

Under command of the supreme commander U.S. Gen. Dwight Eisenhower, the invasion began in the late hours of June 5.

More than 160,000 soldiers from Britain, the United States, and Canada banded together to cross the English Chanel onto the beaches of Juno, Omaha, Utah, Gold, and Sword.

The Allied troops overtook the Germans by dominating land, sea and sky, using the largest military fleet of all time for the invasion.

The Canadian efforts were significant while invading Juno Beach.

A total of 14,000 Canadian troops pushed inland to fight the Germans and overtake the beach.

There were a total of 359 Canadians killed during the invasion, and roughly 1,074 were injured.

More than 10,000 Allied soldiers in total were killed on D-Day.

Several countries including Canada, Britain, and France are commemorating the day by attending ceremonies at historical sites, including Juno and Omaha beach.