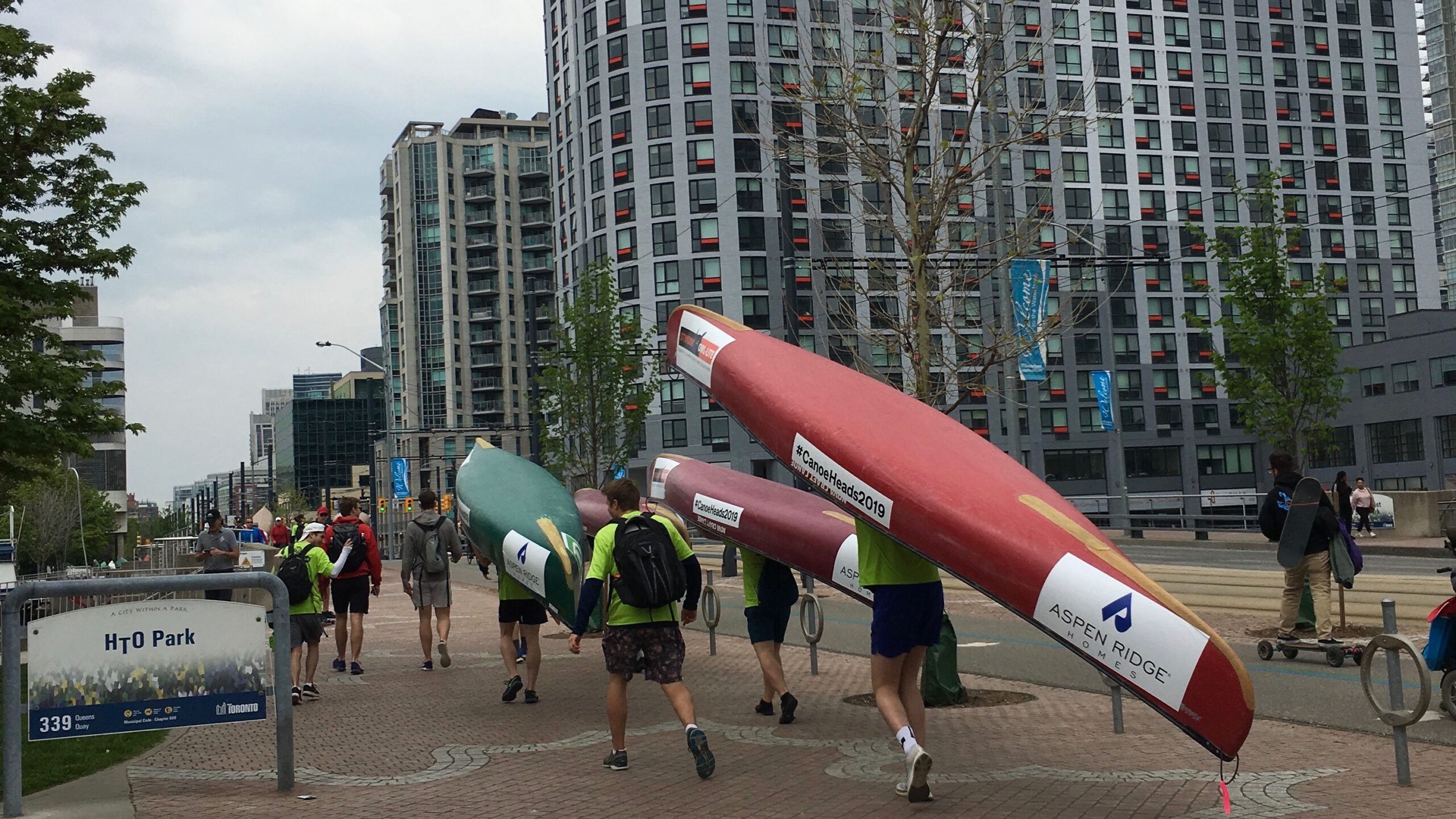 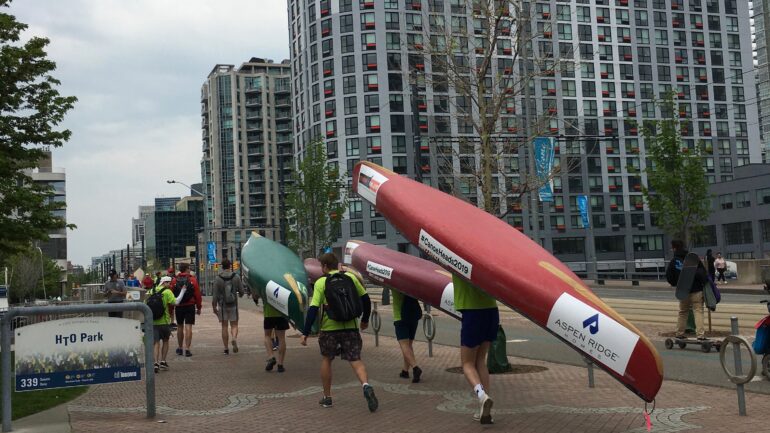 For Canadian youth and adolescents fortunate enough to experience the magic of summer camp, it is the highlight of their summer and year.

Veronica Trask, a 25-year-old young professional from Toronto spent her summers at Oconto, an all-girls sleepaway camp in Eastern Ontario which was integral in shaping her into who she is today, she said.

For the average family, however, financial barriers make sending a child to summer camp difficult.

Amici Camping Charity aims to change the lives of underprivileged children by sending over 240 kids to camp throughout Ontario every summer.

This past Saturday, Amici held its 14th annual Canoe Heads for Kids, one of the many fundraising events the organization runs every year.

A forecasted storm would have made the 15 km portage and paddle along downtown Toronto’s harbour shoreline difficult and dangerous, but the afternoon was clear.

Trask attended the event alongside her team of 10 former campers and staff.

Amici and Canoe Heads for Kids are particularly important to her as they are the reason she was able to attend Camp Oconto every summer.

“Growing up in a single parent household was hard on my mother financially,” she said. “From the age of eight to 16, I was sponsored by Amici (and) sent to Camp Oconto in Tichborne, Ontario.”

When Trask first attended the camp north of Kingston in 2004, she was extremely shy. After only two weeks at camp it was evident how it had already impacted her life greatly and made her into a more confident and capable nine-year-old, Trask said.

“Camp meant a lot of things to me but mostly consistency,” she said. “Home life is hard, everyone has their struggles, but camp is the place that is always the same feeling of happiness for me.” 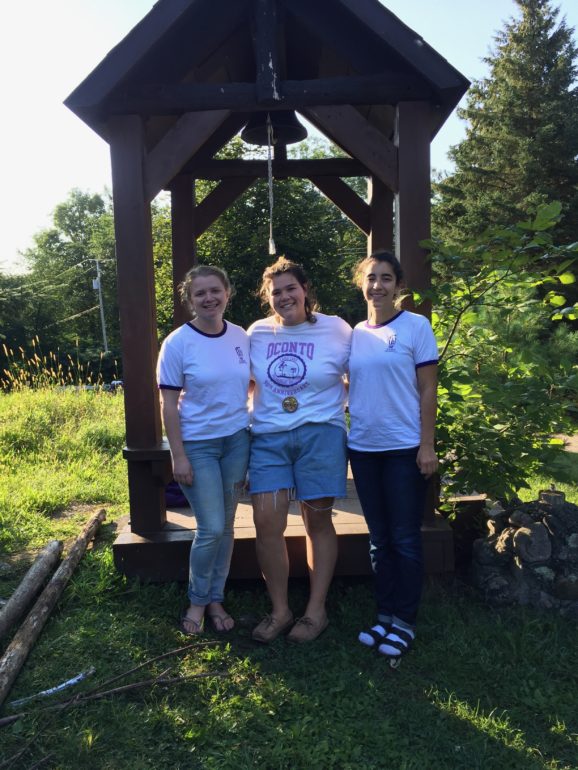 After her nine years as a camper, she went on to become a counsellor at Camp Oconto for six years where she was able to see the positive influence camp had on her campers, she said.

Now as a young adult, Trask still finds herself involved in camp as part of the Amici Leadership Advisor Program.

“I got involved two years ago after hearing about the opportunity,” Trask said. “Amici has supported me my whole life and I want children to reach their full potential as well.”

The program works to inspire Amici campers to become active leaders outside of camp through activities and workshops.

“I wanted to make sure I could help Amici children not just at camp but to continue that positivity at home, throughout the school year,” Trask said.

Robyn Short, Manager of Fund Development and Communications for Amici said that this year’s Canoe Heads for Kids was the most successful one yet.

“We could not be more grateful for the generosity and passion of Amici’s Canoe Heads,” she said. “This year’s event was the most fundraising we’ve seen with over $255,000 and counting.”

As a lifelong camper herself, Short knew that accepting a job at Amici in 2016 would be a perfect fit.

Short said that providing the life-changing experience of camp to children who otherwise would not be able to go has been a dream job.

“I spent 14 summers at my beloved Glen Bernard Camp. It was where I really learned how to value myself and it provided me with the opportunity to learn important skills like leadership, independence, creativity, resilience and so much more,” she said. “Not to mention all the fun and lifelong friendships I gained.”

“We believe that the opportunity to return back to camp friends and supportive role models, year after year, is really where the magic happens,” she said.

With the money raised this year, campers will be sent one of the 44 Amici partnered Ontario Camp Association accredited summer camps, two which are new this year, Short said.

Short was ecstatic with the outcome of Saturday’s event. Everything went well, right down to the weather, she said.