BREAKING: Bomb threats made to Humber, other post-secondary schools 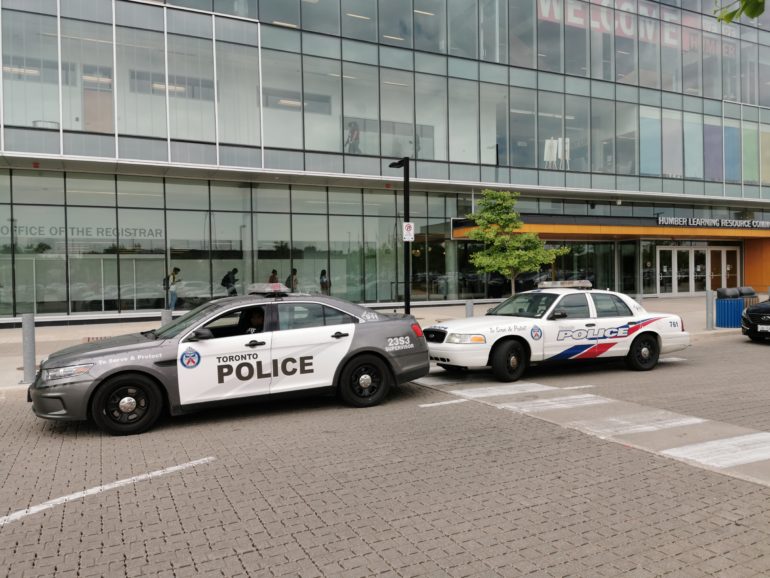 Bomb threats have been made to multiple post-secondary campuses in Toronto, according to Toronto Police. Humber News has confirmed that Toronto Police are currently on the scene at Humber’s North campus.

Toronto Police Service has completed their safety sweep of all buildings at Casa Loma campus. Police continue to sweep St. James and Waterfront. We appreciate your patience and will continue to update you. All classes and operations continue as planned.

Continuing education classes at George Brown College buildings have been canceled for the day.

All buildings on OCAD U's campus are closed until until further notice. All buildings are being evacuated. Please follow directions of Safety and Security staff on site. Please your check student/staff/faculty emails and this space for updates.

UPDATE: Toronto Police has completed its search of Humber campuses and have advised that there is no need to evacuate, according to an email sent from Humber’s Human Resources department.

who have advised that we do not need to evacuate.

We’re continuing to work with TPS and will provide updates as needed.

Toronto Police Service has completed their investigation and given the all clear. The Chang School has re-opened.

More on this story as it develops.