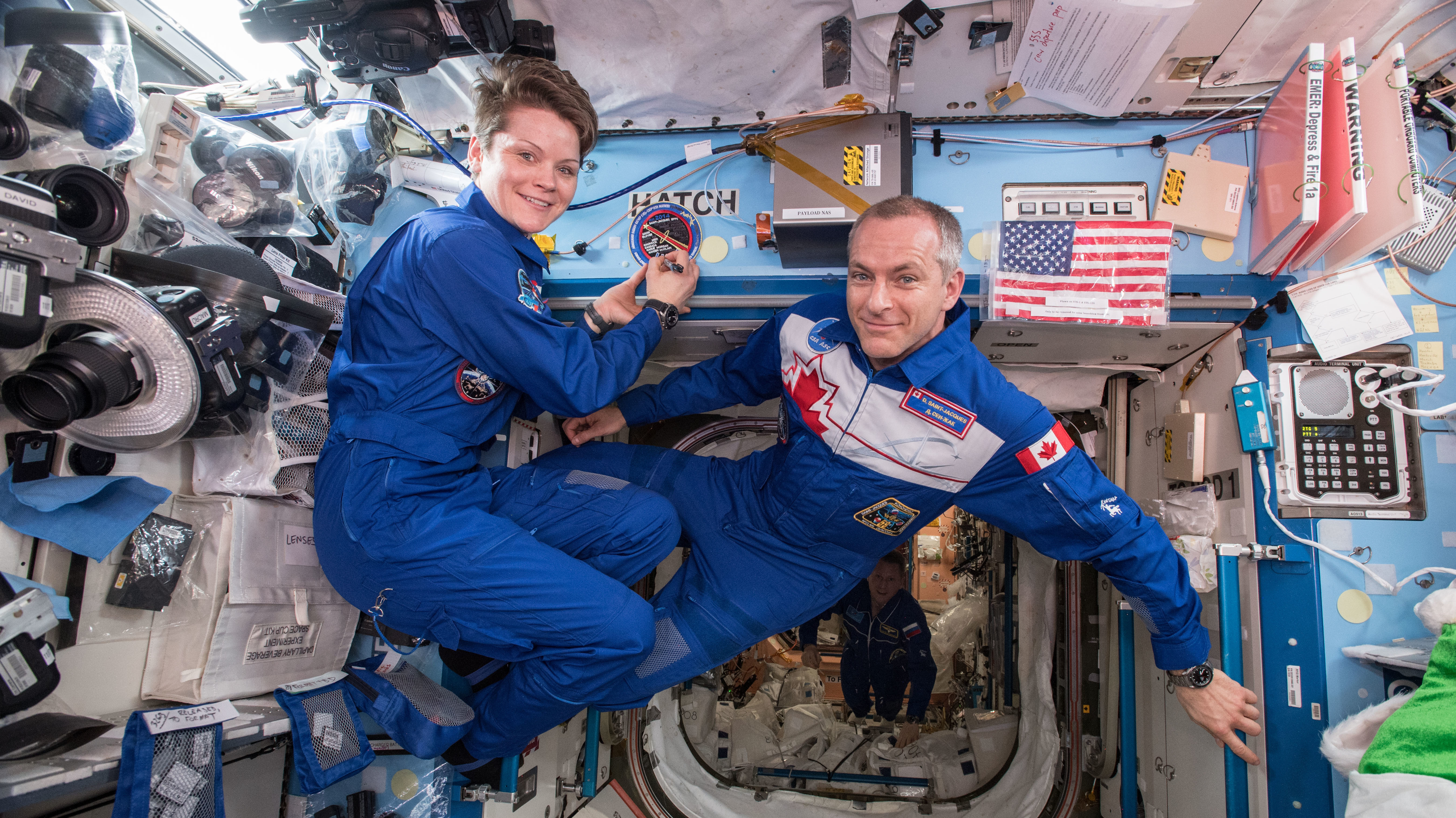 From left, Expedition 58 Flight Engineers Anne McClain of NASA and David Saint-Jacques of the Canadian Space Agency pose for a portrait inside the International Space Station. (flickr.com/NASA)

The crews conducted Canadian and international science experiments and technology demonstrations during the mission, supported critical operations and maintenance activities and has successfully covered a distance of more than 139 million kilometres over a span of 204 days on the International Space Station (ISS).

“I know I speak for all of Canada when I say how proud I am of David’s accomplishments in space,” said Minister of Innovation, Science and Economic Development Navdeep Bains. “Not only did his journey on the International Space Station show our youth the rewards that come with dreaming big and reaching for the stars, but the scientific research David conducted will also push the limits of our understanding of the universe, as well as human health in space and on Earth.”

The mission actively contributes to the advancement of space exploration and improvement of quality of life on Earth, according to the Canadian Space Agency. This includes Canadian health science activities, especially youth through activities such as educational initiatives and Amateur Radio on the ISS (ARISS) that allows students to communicate with crew members of the International Space Station directly.

Saint-Jacques became the fourth CSA astronaut to conduct a spacewalk on April 8. He was the first Canadian to use Canadarm2, the Canadian-built robotic arm installed on the ISS in 2002.

“It has been an incredible experience and has forever changed my perspective of our beautiful, fragile planet, and of what humanity is capable of accomplishing when we work together,” Saint-Jacques said. “I’m honoured to have had the opportunity to experience this for myself and to share it with Canadians and people all over the world.”

Saint-Jacques named his mission Perspective before he launched, referring to the irreplaceable experience of seeing the Earth from space.

He joined Canada’s Prime Minister on Feb. 28 by satellite uplink for the announcement of Canada’s participation in the next chapter of moon exploration. He participated in 25 events with Canadians from space during his time on board the ISS.