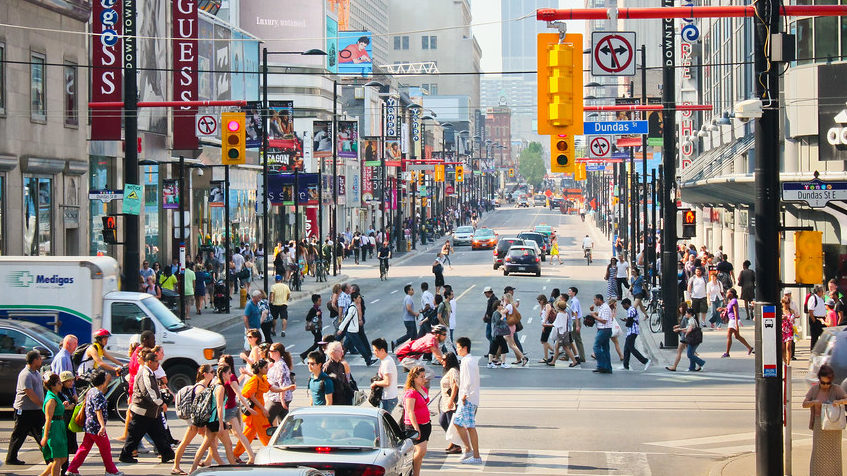 Downtown Toronto is highly walkable but high rates of air pollution due to traffic may increase the risk of cardiovascular disease. (Flickr/Ricky Thakrar)

Air pollution exposure can offset the health benefits of walkable neighbourhoods, according to a new study by St. Michael’s Hospital and published in the Environment International journal.

Neighbourhoods with high walkability, which typically have higher population density and closer access to shops and services, are typically considered better for one’s health than neighbourhoods where driving is the norm.

However, the study found neighbourhoods with high walkability tend to have higher rates of air pollution due to increased traffic which may lead to a greater risk of cardiovascular disease.

The study used a sample of about 2.5 million Ontarians aged between 40 and 75 years old.

The chances of becoming diabetic, however, increased up to 15 per cent from the effects of living in a neighbourhood with high air pollution.

“We were a little bit surprised [about the study’s findings],” said Nicholas Howell, a PhD graduate at the University of Toronto and the principal author of the study.

“We knew that there were higher rates of air pollution in neighbourhoods (with higher walkability) but we didn’t know that individuals would have different health outcomes based on those differences,” Howell said.

He said there hasn’t been any work done on this specific topic before the study. 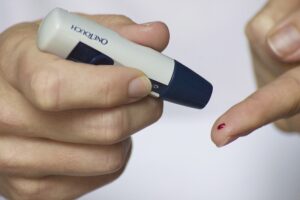 Diabetes is one of the diseases associated with living in a highly unwalkable neighbourhood. (Flickr/Municipalidad de Córdoba)

The study doesn’t account for exposure to air pollution outside of one’s neighbourhood such as at the workplace or other areas.

Fine particulate matter, which can be ingested into the body, decreases 50 per cent after 100 to 150 metres from a road, the World Health Organization said.

A University of Toronto study from last year also found large trucks were the biggest contributors to black carbon emissions showing that the type of vehicle matters more than total traffic volume in terms of air pollution.

Howell said it is important for urban planners and policy makers to find ways to reduce traffic air pollution.

He said people can increase their use of public transportation as opposed to driving and develop paths so they won’t be affected by air pollution from driving areas.