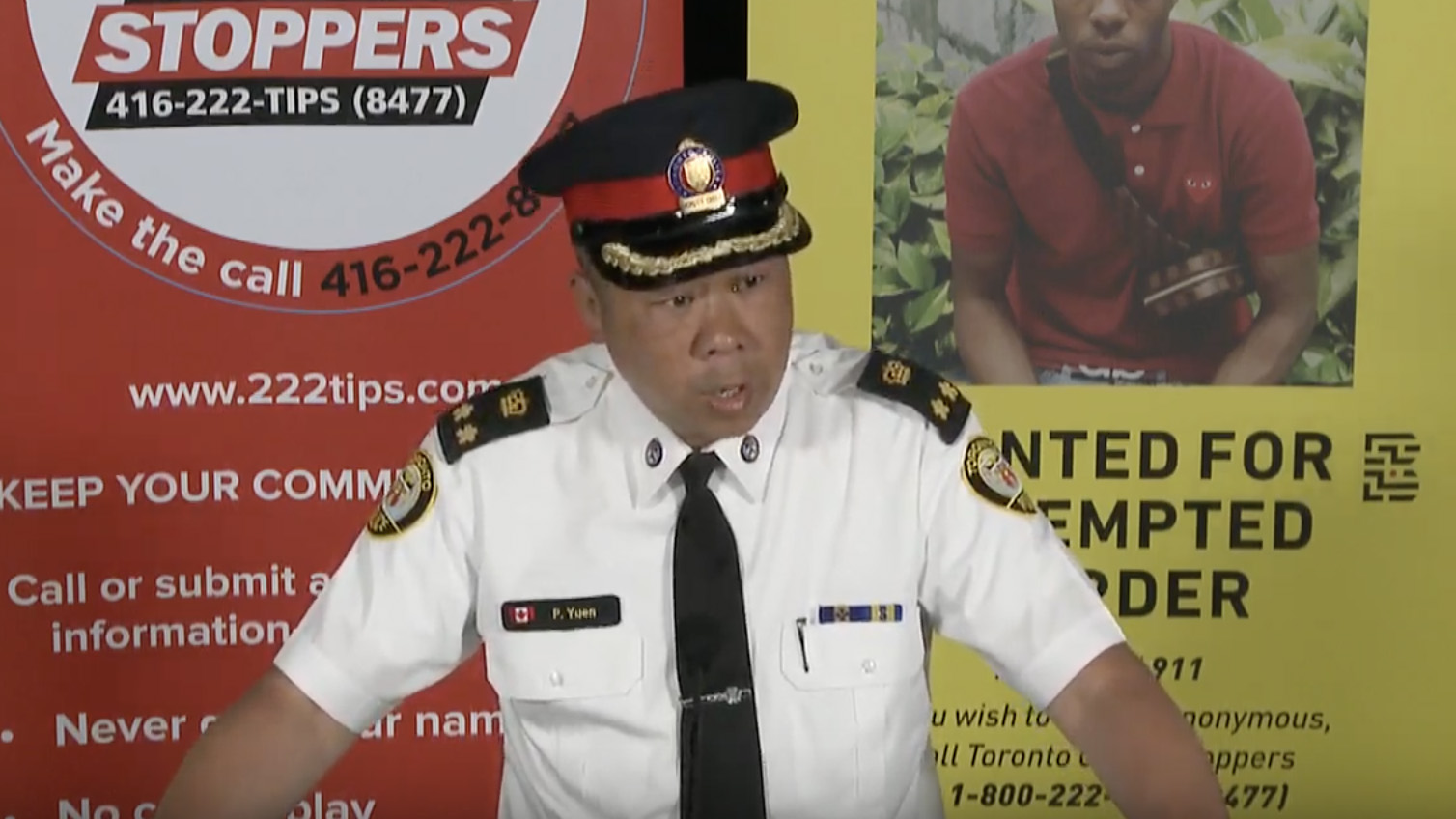 A $50,000 reward was posted for information leading to the arrest of a Toronto man wanted in a Scarborough shooting that seriously wounded two young girls.

Toronto Police announced the reward for the arrest of T’Quan Robertson, 23, at a June 25 news conference at Toronto Police headquarters and said the reward is available until Christmas. He is wanted for the shooting of two girls, aged five and nine, police said.

The police are seeking the help of Torontonians under the Bolo Program, a partner project between Toronto Police and the Stephan Crétier Foundation to find Robertson, whose street name is “Top Gunna”.

Toronto Police Deputy Chief Peter Yuen said they are not looking for any witnesses, as the case is ready to go to trial.

“We know someone in the community knows where he is right now. The police and the family members of the girls are looking for the prime suspect,” he said.

The June 14, 2018, shooting occurred at the playground at Alton Towers Circle in the McCowan Road and Steeles Avenue area of Scarborough, police said.

About 11 children were playing in a playground when two men suddenly appeared, pulled their guns out and started shooting, police said.

Police believe as many as 10 shots were fired and two sisters aged five and nine were injured with gunshot wounds.

They were rushed to the hospital and the girls underwent surgery. 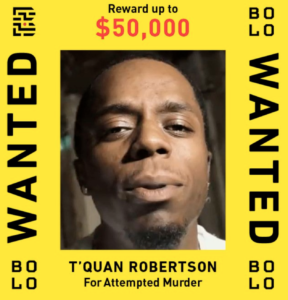 Toronto Police are offering a $50,000 reward for information regarding the prime suspect in a 2018 Scarborough shooting of two young girls. (Twitter/Bolo Program)

Robertson is wanted for charges including aggravated assault, attempted murder and conspiracy to commit murder.

Yuen said the people who are assisting Robertson may be charged and he must be considered armed and dangerous.

Bolo Program Director Maxime Langlois said they are using social media to spread the message and anyone can directly give tips or assist Toronto Police or Crime Stoppers with information that leads to Robertson.

He assured potential tipsters ready to help out that they will remain anonymous. Anyone who submits a tip leading to the arrest of T’Quan Robertson within the next six months is eligible for up to a $50,000 reward. Anonymous tipsters can collect the reward by calling Crime Stoppers at 1-800-222-TIPS (8477) or online at www.222tips.com if they see the suspect.

Langlois said the incident left the girls traumatized for life.

“Robertson there is nowhere to go, nowhere to hide. Do the right thing, call your lawyer and make arrangements to turn yourself in,” he said.