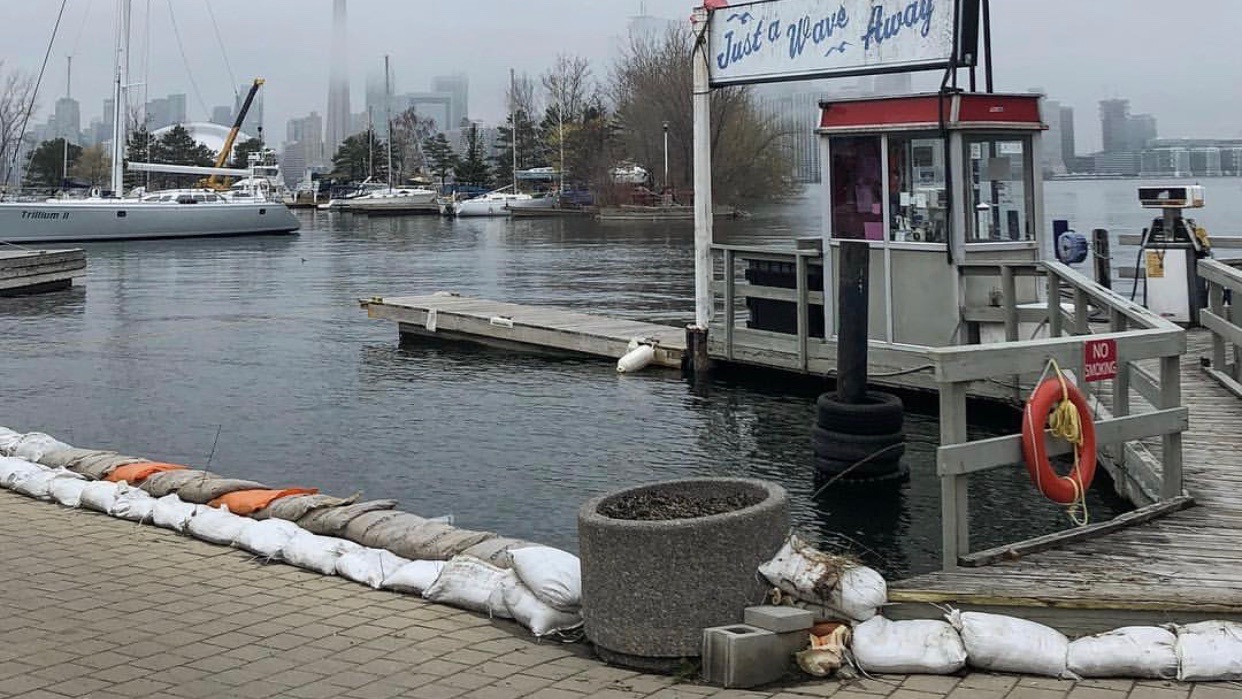 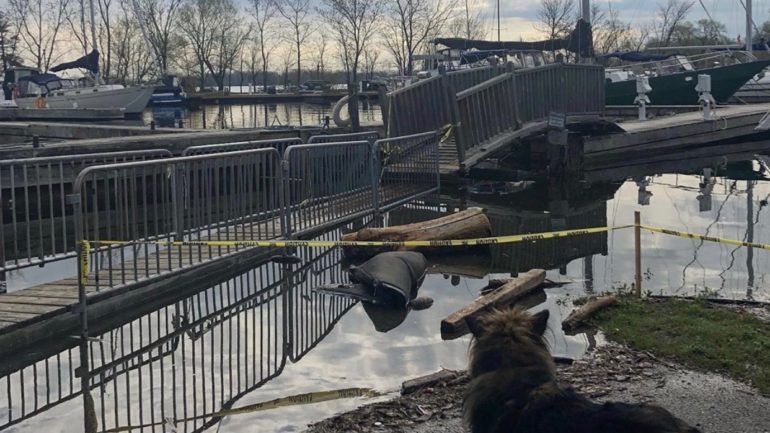 High water levels were causing significant flooding for Toronto Island residents and businesses on May 15. (Courtesy of Cheryl Nuttall)

With heavy rainfall in the forecast today and into the weekend, Toronto Island residents are back on alert.

Jaclyn Carlisle, communications advisor for the City of Toronto, says high lake levels and heavy winds were the cause of the flooding event Thursday evening.

To prevent the flooding of residences and businesses, the City of Toronto had placed large sandbags and pumps along the shoreline. However, they did not withstand the 20-40 centimeters of water that occurred.

“The waves breached the sandbags that were in a location on the island. So, they were high enough to go right over the sandbags” Carlisle said.

She says in addition to sandbags the city has more than 20 pumps helping to collect any water that ends up on the island and plan to pump it back out into the lake.

“The city will work closely with the residents to access both the damage from the event and mitigation efforts for the future,” Carlisle said.

Although the city is more prepared for the floods, locals feel they need to prepare for another incident like the one they experienced in 2017.

“I think this year everyone on the island is better prepared for the flooding. We have some weather today,” said Cheryl Nuttall, who has been living on her boat for the past six years with her family. She says she can see the water level is rising, but the difference is that it didn’t come up as quickly as in 2017.

“The roads and the paths are definitely seeing higher water levels and we’re almost certain at this point that we are imminently about to pass 2017 water levels,” Nuttall said. “In 2017, the water levels came up very quickly, and this has been much more of a gradual process this time.” 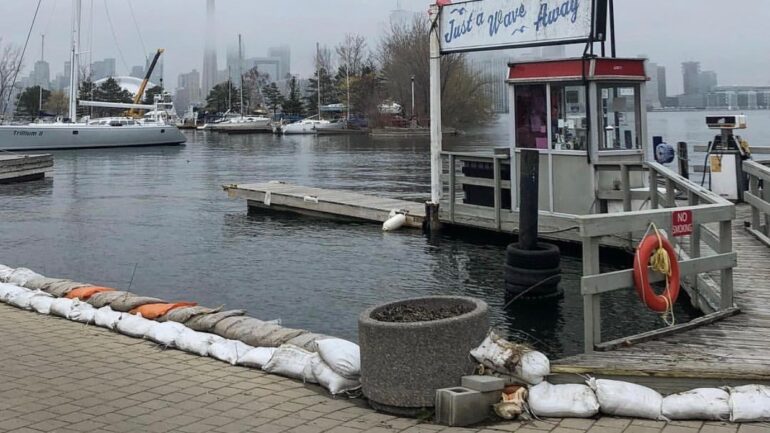 In 2017, Toronto Island was closed to the public for nearly three months during the severe flooding event.

This year, some businesses on the island were still operating during the May 23 event, while non-essential vehicles were not permitted on the island for at least 72 hours following the latest round of flooding.

Centreville Theme Park, which lost most of its season two years ago, was one of the businesses that remained open during last week’s flooding.

Shawnda Walker, Director of Marketing at Centreville, said they are open for business and have been through the sequence of flood events.

“Luckily, at the moment, there are minimal effects from the flooding on Centre Island and in Centerville,” Walker said. “The water is approaching a little bit at the back of Centreville and therefore we have some train tracks out of commission but, other than that we are business as usual.”

While water levels aren’t impacting every aspect, Nuttall says she is always walking around in her boots to avoid all the waters.

“It’s a destination place for many people and I haven’t heard much talk that they are going to close the island this time around, but it’s becoming more difficult to navigate the island,” Nuttall said.

According to Environment Canada, there is a chance of rain throughout the week in Toronto which can further affect the rising water levels on the Toronto Islands.