People either love or hate the fruit that reeks 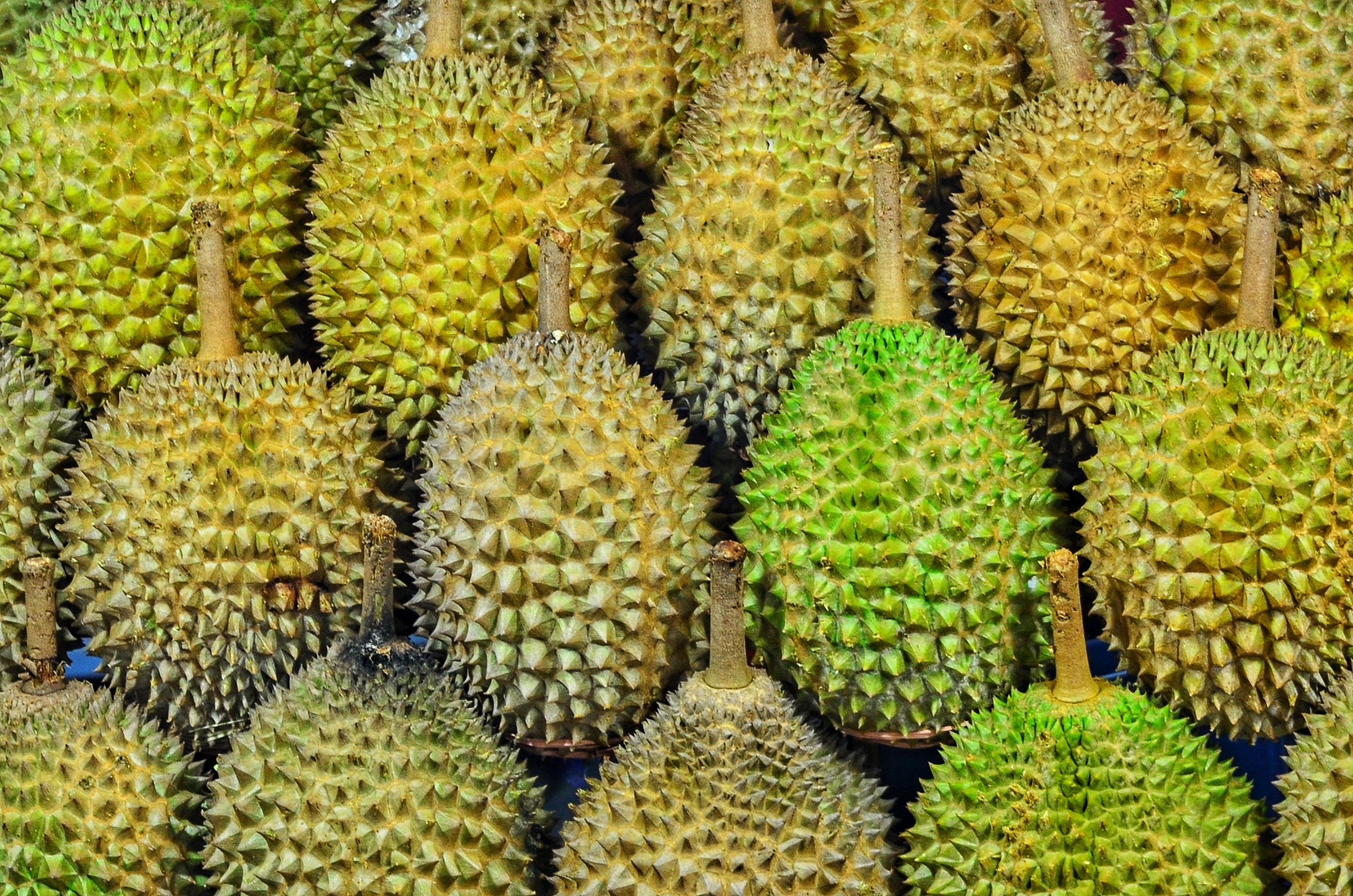 Durian, the fruit with a bad reputation, has a strong odour and sweet centre, make it a polarizing topic. (Unsplash/Jonny Clow)

Durian was the cause of an evacuation at the University of Canberra library because its smell was mistaken for a gas leak on Friday.

The fruit has a storied history for clearing out rooms, like in 2018 when an Indonesian passenger plane was forced to land because of complaints about the smell of durian overwhelming the cabin, but is also considered a delicacy by many because of its sweet, soft, creamy offering inside.

The contrast between the fruit’s toxic smell and intoxicating taste makes it an extremely polarizing topic.

Henry Lee, chairman of the Malaysian Association of Canada, said durian is extremely popular in Malaysia and is harvested year-round.

“You either love it, or you hate it,” said Lee during a phone interview.

The demand for the fruit is extremely high in China, Malaysia and Indonesia.

There is a new cult-following for the fruit in China, and Malaysia is a major exporter, wrote Hannah Ellis-Peterson in The Guardian.

But, its prevalence in these nations and smell has prompted bans against the spiky, rugby ball-shaped fruit in public spaces, such as trains, hotels and waiting rooms. 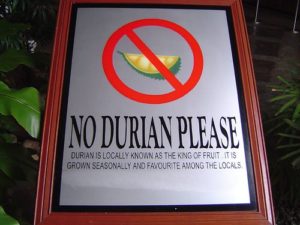 A common sighting in Southeast Asian countries, a sign banning durian because of its strong smell. (Creative Commons)

Malaysian born Wong Yoon Wah in his book of essays “Durian are Not the Only Fruit” wrote about the lore behind the origins of the durian tree.

“Many hold the belief that when Admiral Cheng Ho landed in Nanyang, he relieved himself in the jungle, and the steaming puddle of shit and piss evolved into the durian tree,” Wong wrote.

The smell is tough to stomach but can be overcome, and if so, there is a lot to be enjoyed about durian.

Durian is beginning to shed its intimidating reputation in Western cultures as a disgusting Southeast Asian delicacy.

A North York restaurant, Miss Durian, has even dedicated itself to the fruit.

The restaurant, whose storefront faces Yonge Street a few blocks south of Finch Avenue, opened three years ago and features a portion of its menu dedicated to durian with durian mille crepe cake, durian pancakes, and durian box with custard.

“[Customers] are always curious about durian and they always ask about its flavour,” said Jane Li, an employee at Miss Durian.

The fruit once featured on the television show Fear Factor during eating competitions meant to illicit retches and nose pinching from its participants is now a novelty treat for people who fancy themselves adventurous foodies and can be found in Asian grocers and in mainstream supermarkets across Toronto.